Context. Solar observations with the Atacama Large Millimeter/sub-millimeter Array (ALMA) facilitate studies of the atmosphere of the Sun at chromospheric heights at high spatial and temporal resolution at millimeter wavelengths.
Aims: ALMA intensity data at millimeter(mm)-wavelengths are used for a first detailed systematic assessment of the occurrence and properties of small-scale dynamical features in the quiet Sun.
Methods: We analyzed ALMA Band 3 data (∼3 mm/100 GHz) with a spatial resolution of ∼1.4-2.1 arcsec and a duration of ∼40 min together with SDO/HMI magnetograms. The temporal evolution of the mm maps is studied to detect pronounced dynamical features, which then are connected to dynamical events via a k-means clustering algorithm. We studied the physical properties of the resulting events and explored whether or not they show properties consistent with propagating shock waves. For this purpose, we calculated observable shock wave signatures at mm wavelengths from one- and three-dimensional model atmospheres.
Results: We detect 552 dynamical events with an excess in brightness temperature (ΔTb) of at least ≥400 K. The events show a large variety in size up to ∼9″, amplitude ΔTb up to ∼1200 K with typical values in the range ∼450-750 K, and lifetime at full width at half maximum of ΔTb of between ∼43 and 360 s, with typical values between ∼55 and 125 s. Furthermore, many of the events show signature properties suggesting that they are likely produced by propagating shock waves.
Conclusions: There are a lot of small-scale dynamic structures detected in the Band 3 data, even though the spatial resolution sets limitations on the size of events that can be detected. The number of dynamic signatures in the ALMA mm data is very low in areas with photospheric footpoints with stronger magnetic fields, which is consistent with the expectation for propagating shock waves. 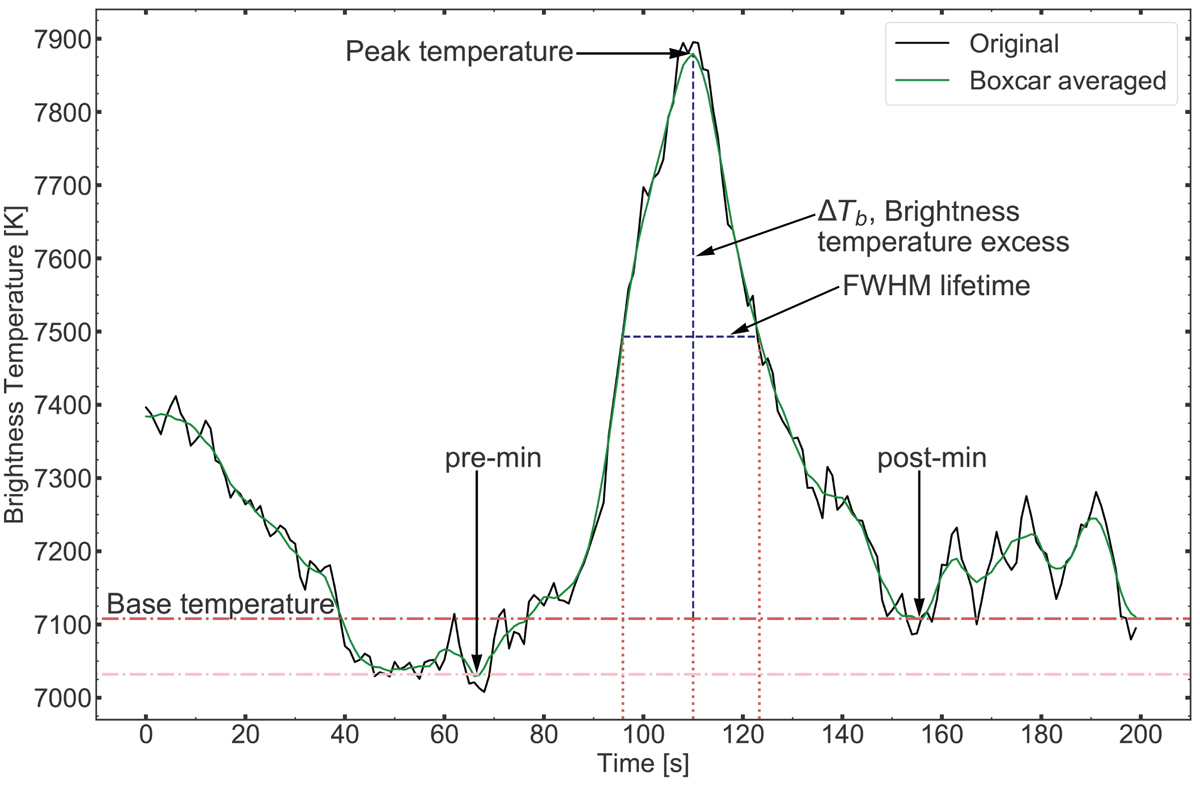