A new trigger mechanism for coronal mass ejections. The role of confined flares and photospheric motions in the formation of hot flux ropes

Context. Many previous studies have shown that the magnetic precursor of a coronal mass ejection (CME) takes the form of a magnetic flux rope, and a subset of them have become known as "hot flux ropes" due to their emission signatures in ∼10 MK plasma.
Aims: We seek to identify the processes by which these hot flux ropes form, with a view of developing our understanding of CMEs and thereby improving space weather forecasts.
Methods: Extreme-ultraviolet observations were used to identify five pre-eruptive hot flux ropes in the solar corona and study how they evolved. Confined flares were observed in the hours and days before each flux rope erupted, and these were used as indicators of episodic bursts of magnetic reconnection by which each flux rope formed. The evolution of the photospheric magnetic field was observed during each formation period to identify the process(es) that enabled magnetic reconnection to occur in the β < 1 corona and form the flux ropes.
Results: The confined flares were found to be homologous events and suggest flux rope formation times that range from 18 hours to 5 days. Throughout these periods, fragments of photospheric magnetic flux were observed to orbit around each other in sunspots where the flux ropes had a footpoint. Active regions with right-handed (left-handed) twisted magnetic flux exhibited clockwise (anticlockwise) orbiting motions, and right-handed (left-handed) flux ropes formed.
Conclusions: We infer that the orbital motions of photospheric magnetic flux fragments about each other bring magnetic flux tubes together in the corona, enabling component reconnection that forms a magnetic flux rope above a flaring arcade. This represents a novel trigger mechanism for solar eruptions and should be considered when predicting solar magnetic activity. 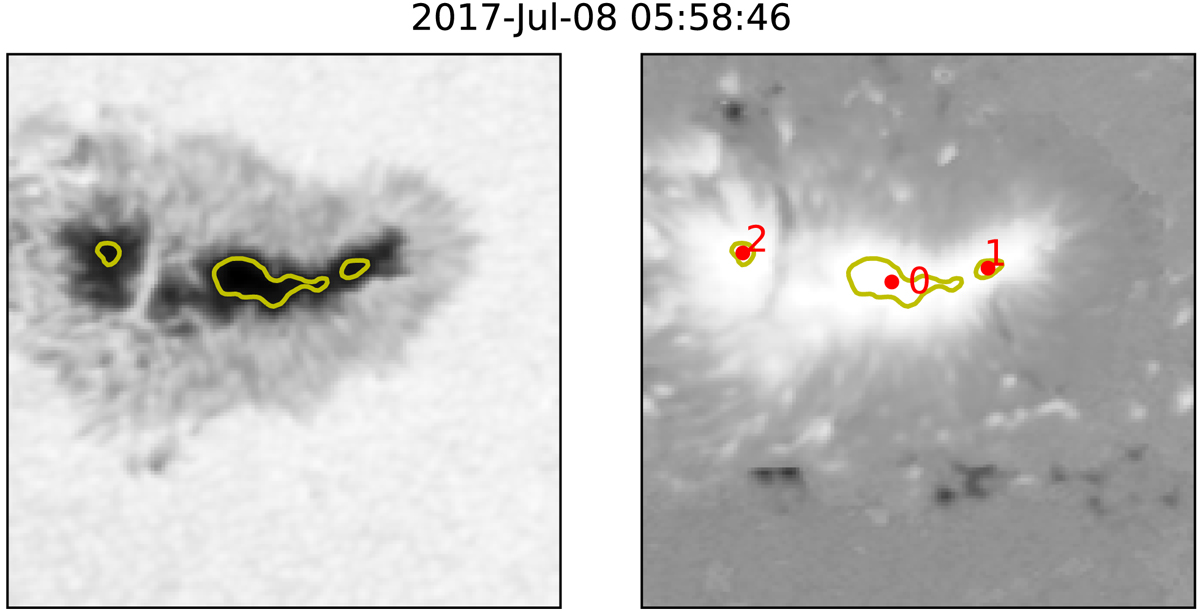