Context. Knowing rotational and pulsational periods across the Hertzsprung-Russell diagram is of top priority for understanding stellar activity as a function of time.
Aims: We aim to determine periods for bright stars in the Auriga field that are otherwise not easily accessible for ground-based photometry.
Methods: Continuous photometry with up to three BRITE satellites was obtained for 12 targets and subjected to a period search. Contemporaneous high-resolution optical spectroscopy with STELLA was used to obtain radial velocities through cross correlation with template spectra as well as to determine astrophysical parameters through a comparison with model spectra.
Results: The Capella red light curve was found to be constant over 176 days with a root mean square of 1 mmag, but the blue light curve showed a period of 10.1 ± 0.6 d, which we interpret to be the rotation period of the G0 component. From STELLA we obtained an improved orbital solution based on 9600 spectra from the previous 12.9 yr. We derive masses precise to ≈0.3% but 1% smaller than previously published. The BRITE light curve of the F0 supergiant ɛ Aur suggests 152 d as its main pulsation period, while the STELLA radial velocities reveal a clear 68 d period. An ingress of an eclipse of the ζ Aur binary system was covered with BRITE and a precise timing for its eclipse onset derived. A possible 70 d period fits the proposed tidal-induced, nonradial pulsations of this ellipsoidal K4 supergiant. η Aur is identified as a slowly pulsating B (SPB) star with a main period of 1.29 d and is among the brightest SPB stars discovered so far. The rotation period of the magnetic Ap star θ Aur is detected from photometry and spectroscopy with a period of 3.6189 d and 3.6177 d, respectively, likely the same within the errors. The radial velocities of this star show a striking non-sinusoidal shape with a large amplitude of 7 km s-1. Photometric rotation periods are also confirmed for the magnetic Ap star IQ Aur of 2.463 d and for the solar-type star κ1 Cet of 9.065 d, and also for the B7 HgMn giant β Tau of 2.74 d. Revised orbital solutions are derived for the eclipsing SB2 binary β Aur, which replaces the initial orbit dating from 1948 for the 27-year eclipsing SB1 ɛ Aur, and for the RS CVn binary V711 Tau, for which a spot-corrected orbital solution was achieved. The two stars ν Aur and ι Aur are found to be long-term, low-amplitude RV and brightness variables, but provisional orbital elements based on a period of 20 yr and an eccentricity of 0.7 could only be extracted for ν Aur. The variations of ι Aur are due to oscillations with a period of ≈4 yr.

The data used in this paper are only available at the CDS via anonymous ftp to http://cdsarc.u-strasbg.fr (ftp://130.79.128.5) or via http://cdsarc.u-strasbg.fr/viz-bin/cat/J/A+A/644/A104 Based on data obtained with the BRITE-Constellation satellite and the STELLA robotic telescope in Tenerife. BRITE (BRIght Target Explorer) Constellation was designed, built, launched, operated, and supported by the Austrian Research Promotion Agency (FFG), the University of Vienna, the Technical University of Graz, the University of Innsbruck, the Canadian Space Agency (CSA), the University of Toronto Institute for Aerospace Studies (UTIAS), the Foundation for Polish Science & Technology (FNiTP MNiSW), and National Science Centre (NCN). 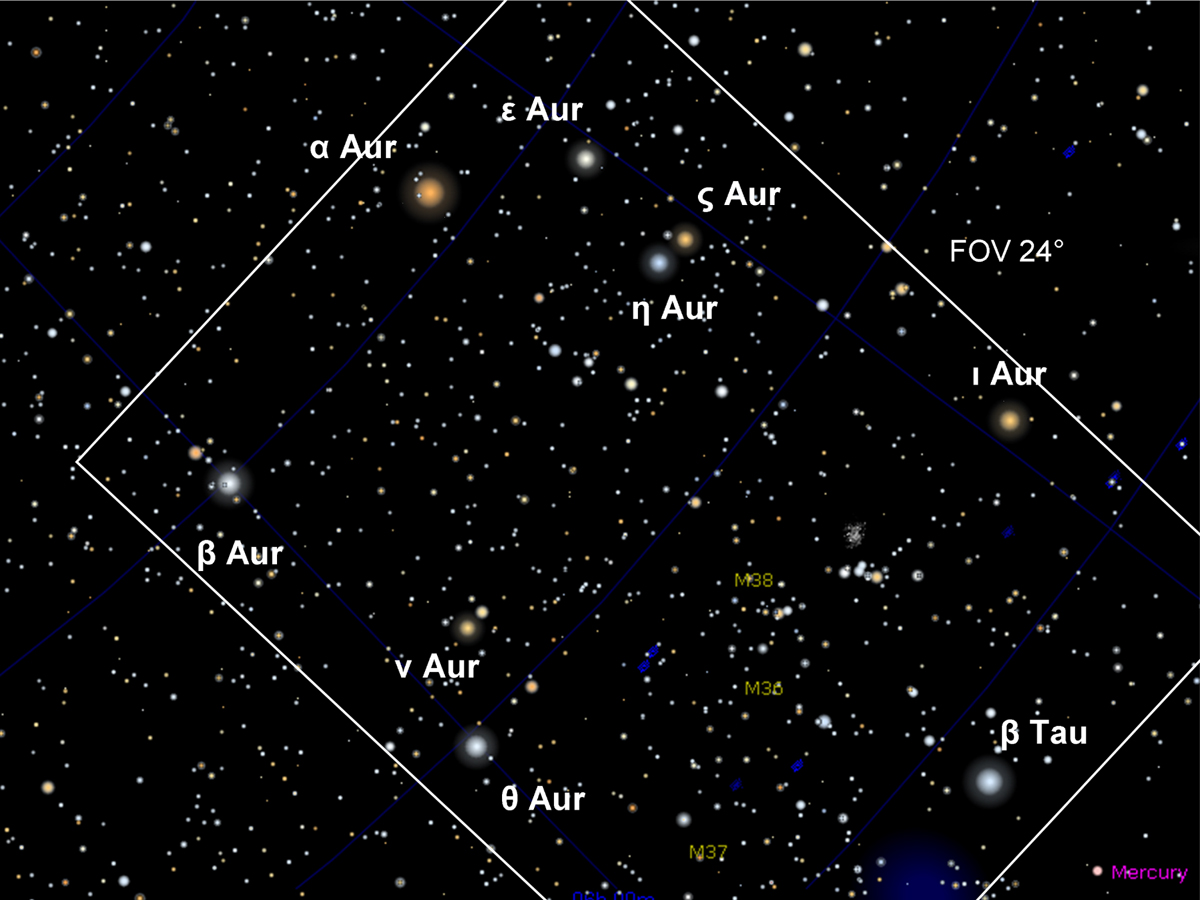