Context. Flares in radio-loud active galactic nuclei are thought to be associated with the injection of fresh plasma into the compact jet base. Such flares are usually strongest and appear earlier at shorter radio wavelengths. Hence, very long baseline interferometry (VLBI) at millimeter(mm)-wavelengths is the best-suited technique for studying the earliest structural changes of compact jets associated with emission flares.
Aims: We study the morphological changes of the parsec-scale jet in the nearby (z = 0.049) γ-ray bright radio galaxy 3C 111 following a flare that developed into a major radio outburst in 2007.
Methods: We analyse three successive observations of 3C 111 at 86 GHz with the Global mm-VLBI Array (GMVA) between 2007 and 2008 which yield a very high angular resolution of ∼45 μas. In addition, we make use of single-dish radio flux density measurements from the F-GAMMA and POLAMI programmes, archival single-dish and VLBI data.
Results: We resolve the flare into multiple plasma components with a distinct morphology resembling a bend in an otherwise remarkably straight jet. The flare-associated features move with apparent velocities of ∼4.0c to ∼4.5c and can be traced also at lower frequencies in later epochs. Near the base of the jet, we find two bright features with high brightness temperatures up to ∼1011 K, which we associate with the core and a stationary feature in the jet.
Conclusions: The flare led to multiple new jet components indicative of a dynamic modulation during the ejection. We interpret the bend-like feature as a direct result of the outburst which makes it possible to trace the transverse structure of the jet. In this scenario, the components follow different paths in the jet stream consistent with expectations for a spine-sheath structure, which is not seen during intermediate levels of activity. The possibility of coordinated multiwavelength observations during a future bright radio flare in 3C 111 makes this source an excellent target for probing the radio-γ-ray connection. 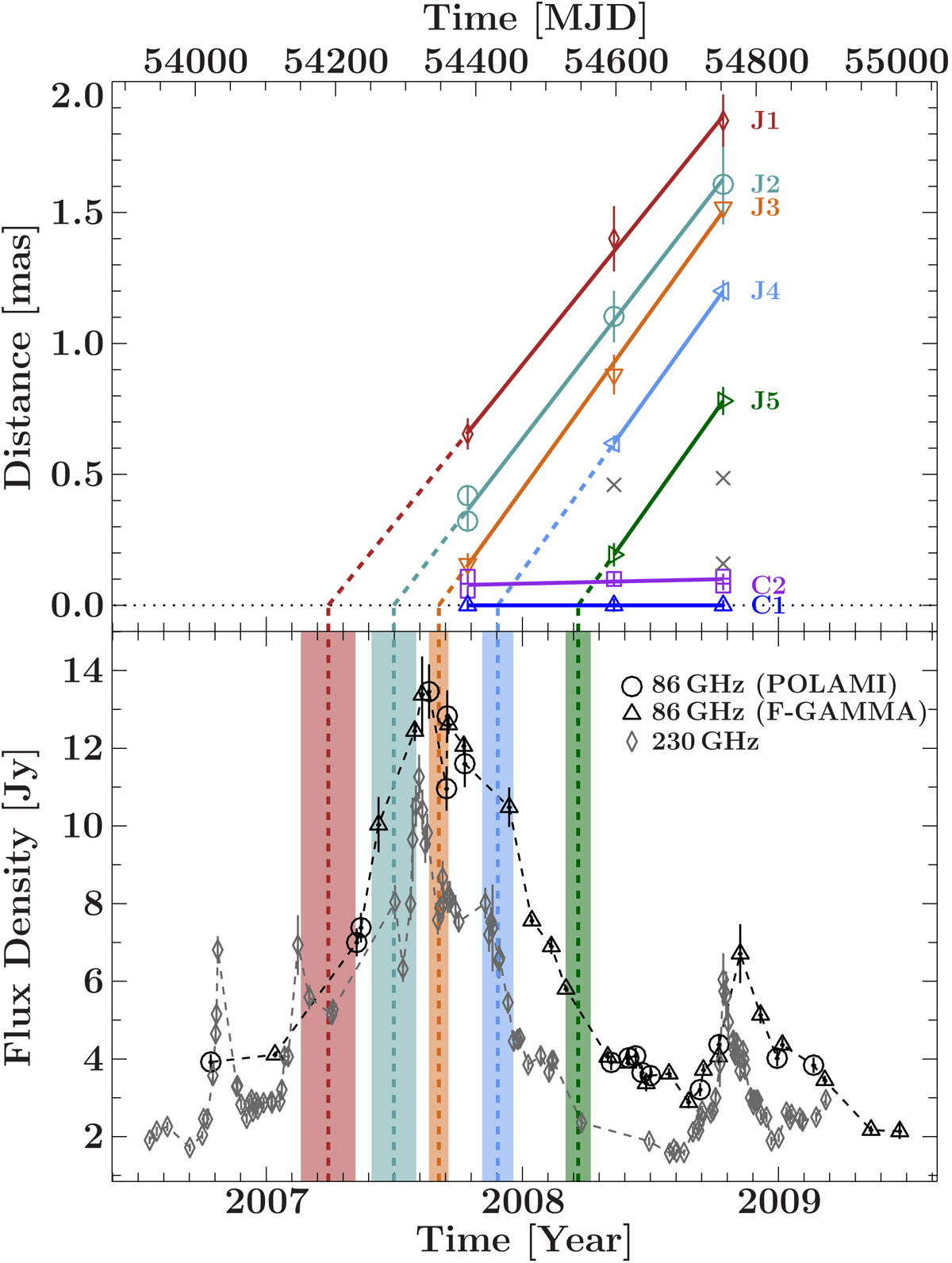