Context. The study of prestellar cores is critical as they set the initial conditions in star formation and determine the final mass of the stellar object. To date, several hypotheses have described their gravitational collapse. Deriving the dynamical model that fits both the observed dust and the gas emission from such cores is therefore of great importance.
Aims: We perform detailed line analysis and modeling of H2D+ 110-111 and N2H+ 4-3 emission at 372 GHz, using 2' × 2' maps (James Clerk Maxwell Telescope; JCMT). Our goal is to test the most prominent dynamical models by comparing the modeled gas kinematics and spatial distribution (H2D+ and N2H+) with observations toward four prestellar (L1544, L183, L694-2, L1517B) and one protostellar core (L1521f).
Methods: We fit the line profiles at all offsets showing emission using single Gaussian distributions. We investigate how the line parameters (VLSR, FWHM and TA*) change with offset to examine the velocity field, the degree of nonthermal contributions to the line broadening, and the distribution of the material in these cores. To assess the thermal broadening, we derive the average gas kinetic temperature toward all cores using the non-LTE radiative transfer code RADEX. We perform a more detailed non-LTE radiative transfer modeling using RATRAN, where we compare the predicted spatial distribution and line profiles of H2D+ and N2H+ with observations toward all cores. To do so, we adopt the physical structure for each core predicted by three different dynamical models taken from literature: quasi-equilibrium Bonnor-Ebert sphere (QE-BES), singular isothermal sphere (SIS), and Larson-Penston (LP) flow. In addition, we compare these results to those of a static sphere, whose density and temperature profiles are based on the observed dust continuum. Lastly, we constrain the abundance profiles of H2D+ and N2H+ toward each core.
Results: We find that variable nonthermal contributions (variations by a factor of 2.5) are required to explain the observed line width of both H2D+ and N2H+, while the nonthermal contributions are found to be 50% higher for N2H+. The RADEX modeling results in average core column densities of ~9 × 1012 cm-2 for H2D+ and N2H+. The LP flow seems to be the dynamical model that can reproduce the observed spatial distribution and line profiles of H2D+ on a global scale of prestellar cores, while the SIS model systematically and significantly overestimates the width of the line profiles and underestimates the line peak intensity. We find similar abundance profiles for the prestellar cores and the protostellar core. The typical abundances of H2D+ vary between 10-9 and 10-10 for the inner 5000 au and drop by about an order of magnitude for the outer regions of the core (2 × 10-10-6 × 10-11). In addition, a higher N2H+ abundance by about a factor of 4 compared to H2D+ is found toward the two cores with detected emission. The presence of N2H+ 4-3 toward the protostellar core and toward one of the prestellar cores reflects the increasing densities as the core evolves.
Conclusions: Our analysis provides an updated picture of the physical structure of prestellar cores. Although the dynamical models account for mass differences by up to a factor of 7, the velocity structure drives the shape of the line profiles, allowing for a robust comparison between the models. We find that the SIS model can be clearly excluded in explaining the gas emission toward the cores, but a larger sample is required to differentiate clearly between the LP flow, the QE-BES, and the static models. All models of collapse underestimate the intensity of the gas emission by up to several factors toward the only protostellar core in our sample, indicating that different dynamics take place in different evolutionary core stages. If the LP model is confirmed toward a larger sample of prestellar cores, it would indicate that they may form by compression or accretion of gas from larger scales. If the QE-BES model is confirmed, it means that quasi-hydrostatic cores can exist within turbulent ISM. 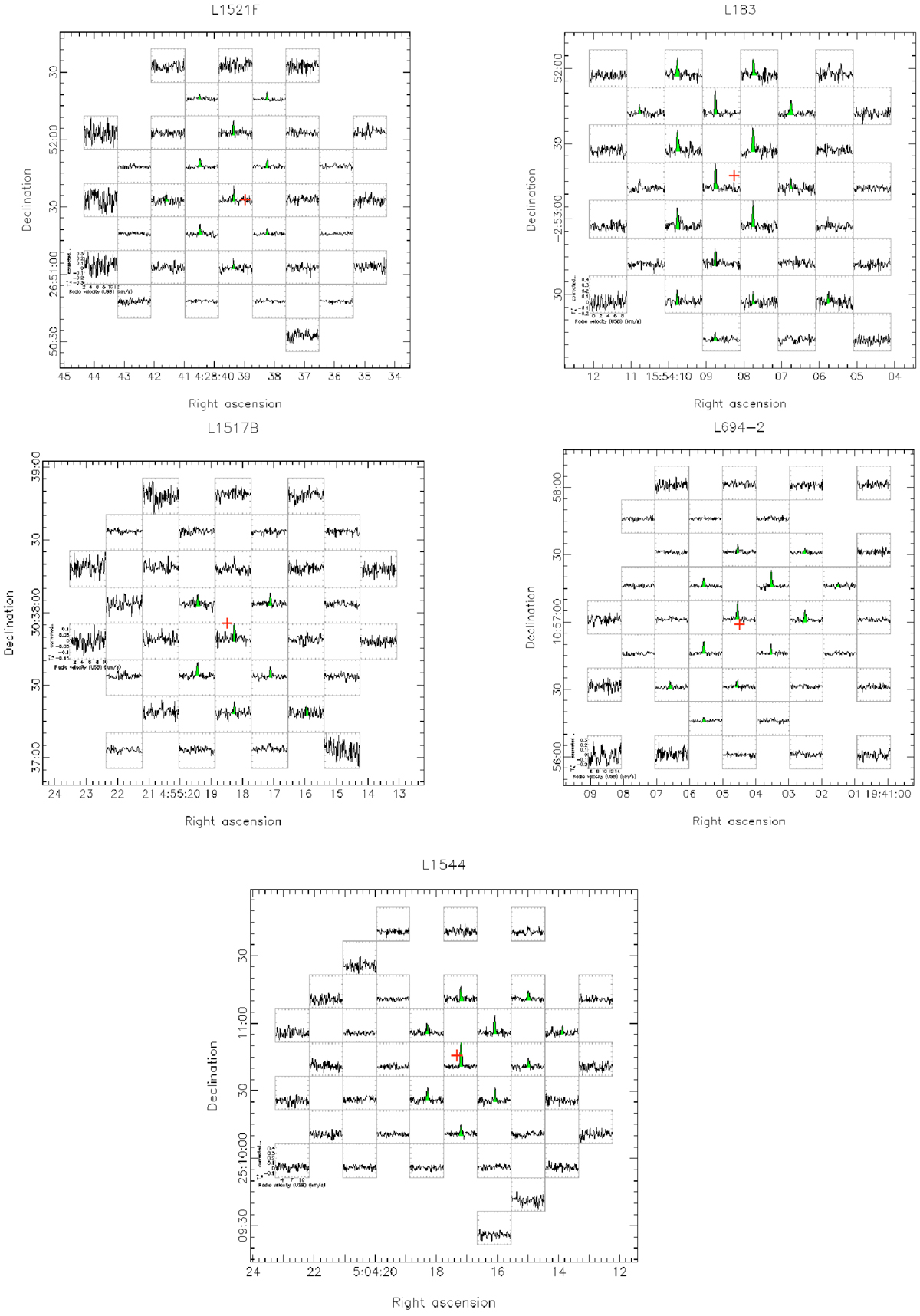