Context. The Asteroid Terrestrial-impact Last Alert System (ATLAS) is an all-sky survey primarily aimed at detecting potentially hazardous near-Earth asteroids. Apart from the astrometry of asteroids, it also produces their photometric measurements that contain information about asteroid rotation and their shape.
Aims: To increase the current number of asteroids with a known shape and spin state, we reconstructed asteroid models from ATLAS photometry that was available for approximately 180 000 asteroids observed between 2015 and 2018.
Methods: We made use of the light-curve inversion method implemented in the Asteroids@home project to process ATLAS photometry for roughly 100 000 asteroids with more than a hundred individual brightness measurements. By scanning the period and pole parameter space, we selected those best-fit models that were, according to our setup, a unique solution for the inverse problem.
Results: We derived ~2750 unique models, 950 of them were already reconstructed from other data and published. The remaining 1800 models are new. About half of them are only partial models, with an unconstrained pole ecliptic longitude. Together with the shape and spin, we also determined for each modeled asteroid its color index from the cyan and orange filter used by the ATLAS survey. We also show the correlations between the color index, albedo, and slope of the phase-angle function.
Conclusions: The current analysis is the first inversion of ATLAS asteroid photometry, and it is the first step in exploiting the huge scientific potential that ATLAS photometry has. ATLAS continues to observe, and in the future, this data, together with other independent photometric measurements, can be inverted to produce more refined asteroid models. 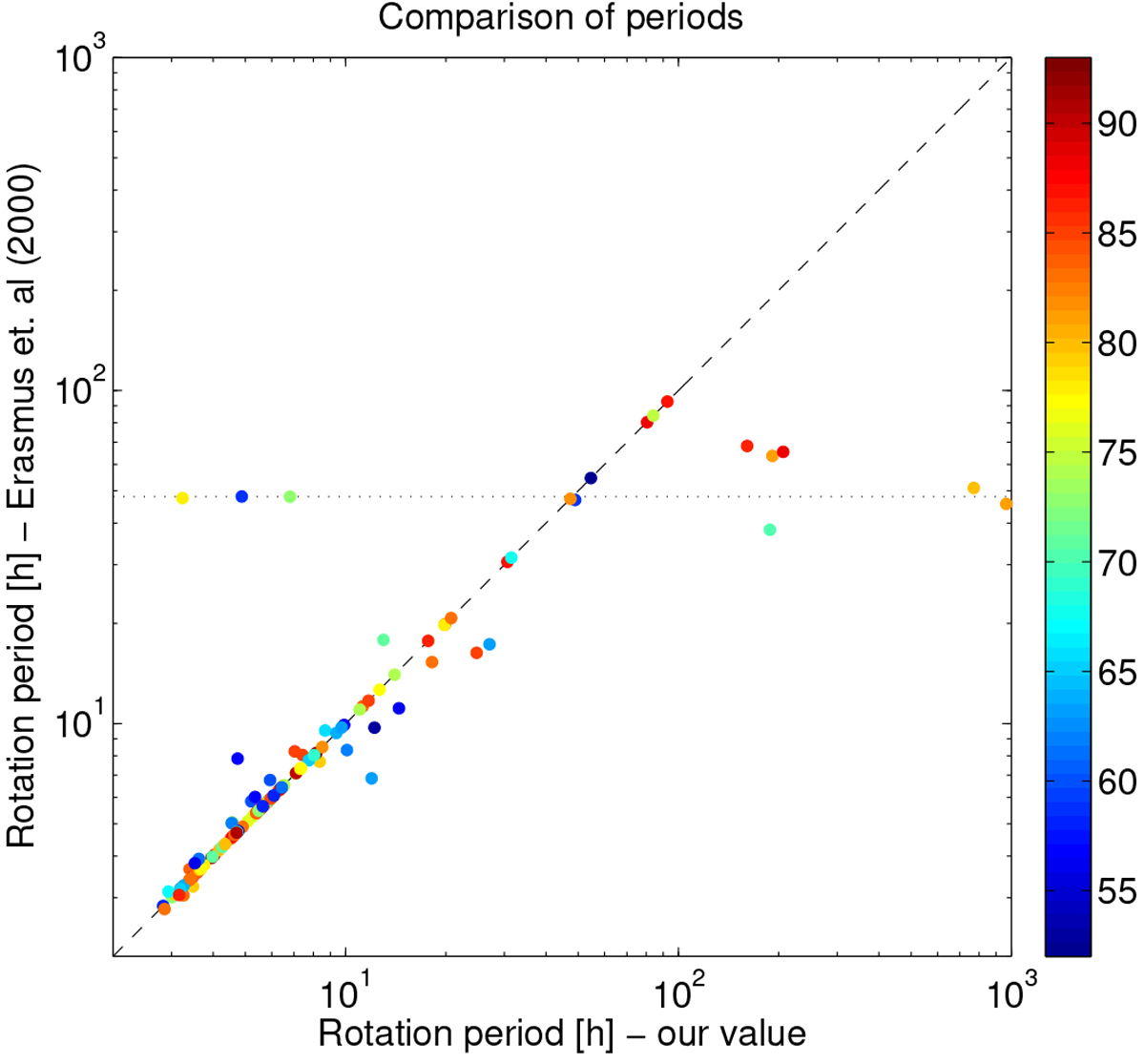