Context. The Faraday rotation measure (RM) is often used to study the magnetic field strength and orientation within the ionized medium of the Milky Way. Recent observations indicate an RM magnitude in the spiral arms that exceeds the commonly assumed range. This raises the question of how and under what conditions spiral arms create such strong Faraday rotation.
Aims: We investigate the effect of spiral arms on Galactic Faraday rotation through shock compression of the interstellar medium. It has recently been suggested that the Sagittarius spiral arm creates a strong peak in Faraday rotation where the line of sight is tangent to the arm, and that enhanced Faraday rotation follows along side lines which intersect the arm. Here our aim is to understand the physical conditions that may give rise to this effect and the role of viewing geometry.
Methods: We apply a magnetohydrodynamic simulation of the multi-phase interstellar medium in a Milky Way-type spiral galaxy disk in combination with radiative transfer in order to evaluate different tracers of spiral arm structures. For observers embedded in the disk, dust intensity, synchrotron emission, and the kinematics of molecular gas observations are derived to identify which spiral arm tangents are observable. Faraday rotation measures are calculated through the disk and evaluated in the context of different observer positions. The observer's perspectives are related to the parameters of the local bubbles surrounding the observer and their contribution to the total Faraday rotation measure along the line of sight.
Results: We reproduce a scattering of tangent points for the different tracers of about 6° per spiral arm similar to the Milky Way. For the RM, the model shows that compression of the interstellar medium and associated amplification of the magnetic field in spiral arms enhances Faraday rotation by a few hundred rad m-2 in addition to the mean contribution of the disk. The arm-interarm contrast in Faraday rotation per unit distance along the line of sight is approximately ~10 in the inner Galaxy, fading to ~2 in the outer Galaxy in tandem with the waning contrast of other tracers of spiral arms. We identify a shark fin pattern in the RM Milky Way observations and in the synthetic data that is characteristic for a galaxy with spiral arms. 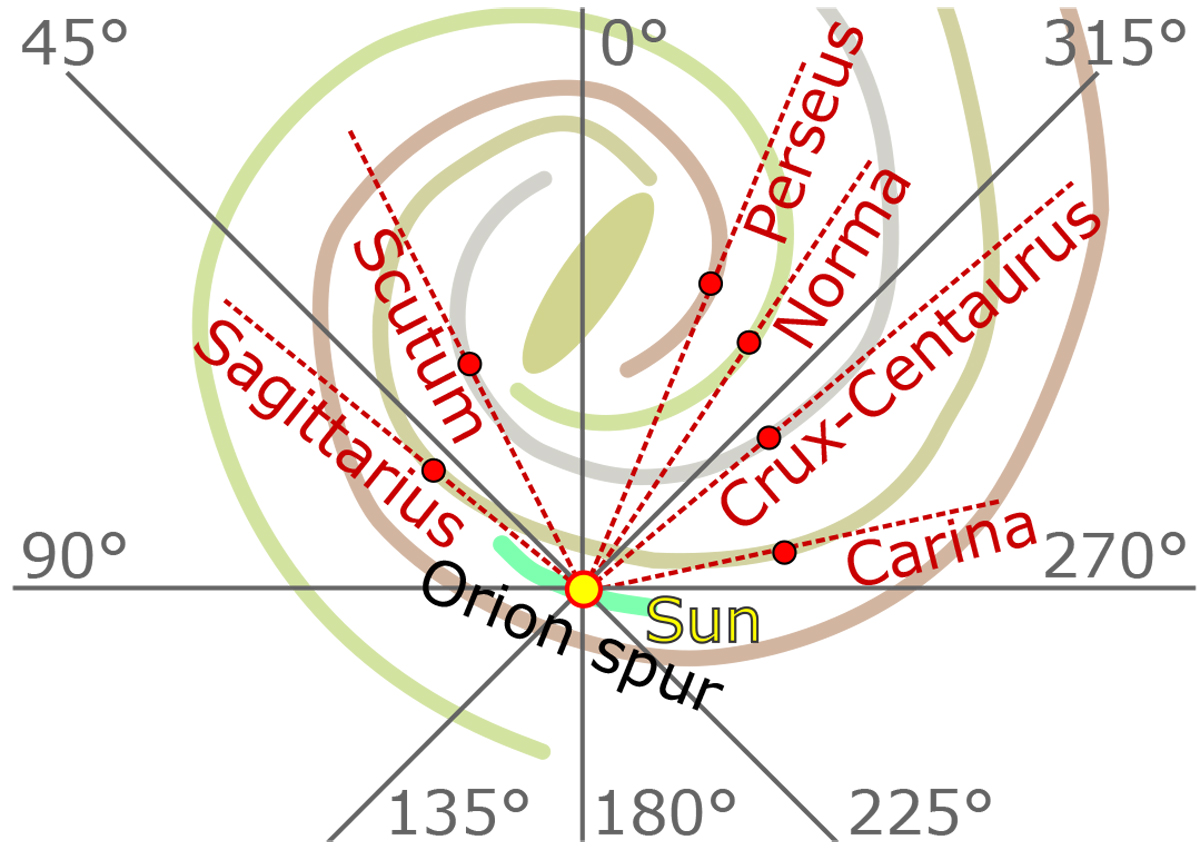