Cool stars in the Galactic center as seen by APOGEE. M giants, AGB stars, and supergiant stars and candidates

The Galactic center region, including the nuclear disk, has until recently been largely avoided in chemical census studies because of extreme extinction and stellar crowding. Large, near-IR spectroscopic surveys, such as the Apache Point Observatory Galactic Evolution Experiment (APOGEE), allow the measurement of metallicities in the inner region of our Galaxy. Making use of the latest APOGEE data release (DR16), we are able for the first time to study cool Asymptotic Giant branch (AGB) stars and supergiants in this region. The stellar parameters of five known AGB stars and one supergiant star (VR 5-7) show that their location is well above the tip of the red giant branch. We studied metallicities of 157 M giants situated within 150 pc of the Galactic center from observations obtained by the APOGEE survey with reliable stellar parameters from the APOGEE pipeline making use of the cool star grid down to 3200 K. Distances, interstellar extinction values, and radial velocities were checked to confirm that these stars are indeed situated in the Galactic center region. We detect a clear bimodal structure in the metallicity distribution function, with a dominant metal-rich peak of [Fe/H] ∼ +0.3 dex and a metal-poor peak around {Fe/H] = -0.5 dex, which is 0.2 dex poorer than Baade's Window. The α-elements Mg, Si, Ca, and O show a similar trend to the Galactic bulge. The metal-poor component is enhanced in the α-elements, suggesting that this population could be associated with the classical bulge and a fast formation scenario. We find a clear signature of a rotating nuclear stellar disk and a significant fraction of high-velocity stars with vgal > 300 km s-1; the metal-rich stars show a much higher rotation velocity (∼200 km s-1) with respect to the metal-poor stars (∼140 km s-1). The chemical abundances as well as the metallicity distribution function suggest that the nuclear stellar disk and the nuclear star cluster show distinct chemical signatures and might be formed differently. 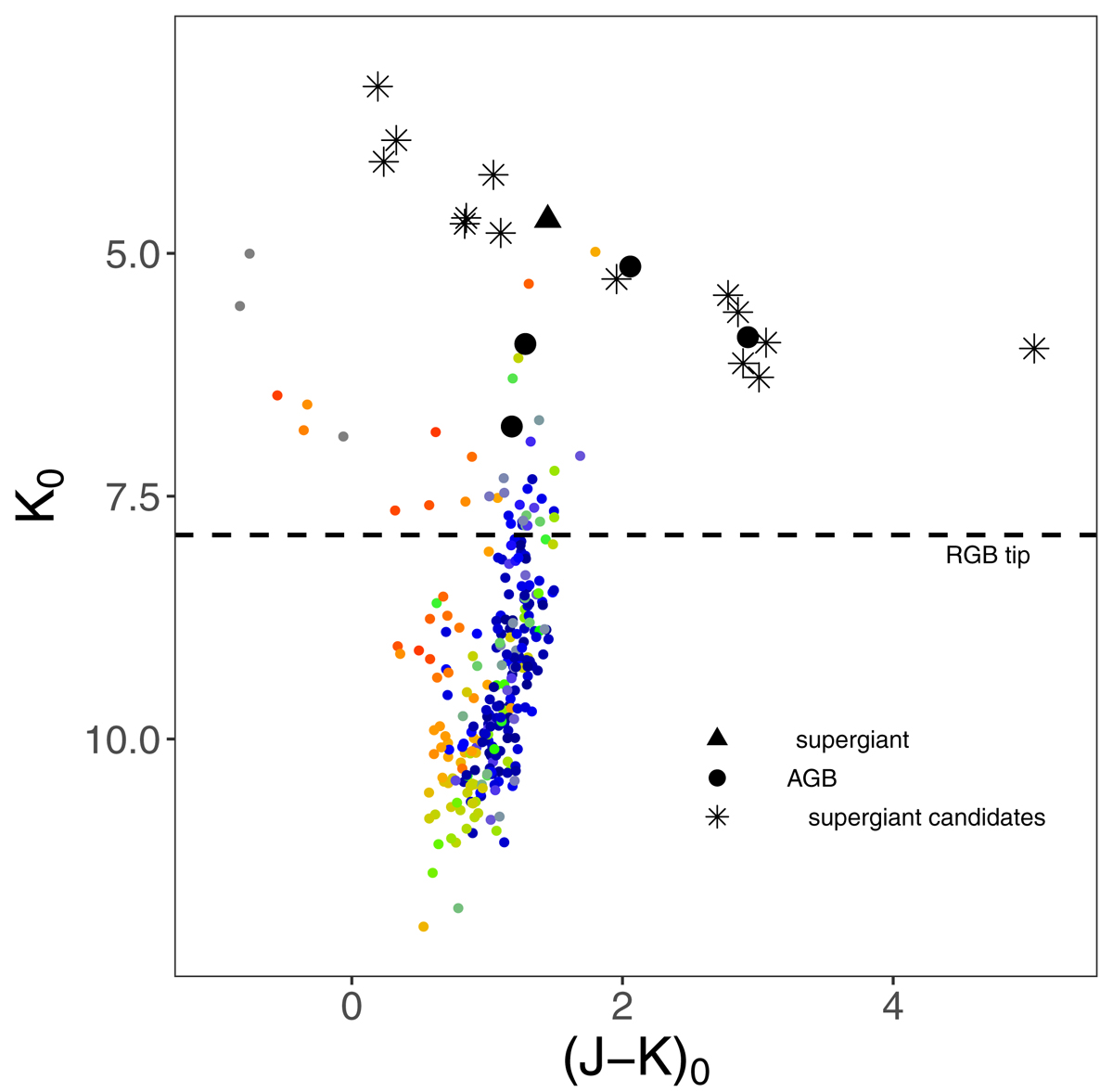