Context. M 105 (NGC 3379) is an early-type galaxy in the Leo I group. The Leo I group is the nearest group that contains all main galaxy types and can thus be used as a benchmark to study the properties of the intra-group light (IGL) in low-mass groups.
Aims: We present a photometric survey of planetary nebulae (PNe) in the extended halo of the galaxy to characterise its PN populations and investigate the presence of an extended PN population associated with the intra-group light.
Methods: We use PNe as discrete stellar tracers of the diffuse light around M 105. These PNe were identified on the basis of their bright [O III]5007 Å emission and the absence of a broad-band continuum using automated detection techniques. We compare the PN number density profile with the galaxy surface-brightness profile decomposed into metallicity components using published photometry of the Hubble Space Telescope in two halo fields.
Results: We identify 226 PNe candidates within a limiting magnitude of m5007, lim = 28.1 from our Subaru-SuprimeCam imaging, covering 67.6 kpc (23 effective radii) along the major axis of M 105 and the halos of NGC 3384 and NGC 3398. We find an excess of PNe at large radii compared to the stellar surface brightness profile from broad-band surveys. This excess is related to a variation in the luminosity-specific PN number α with radius. The α-parameter value of the extended halo is more than seven times higher than that of the inner halo. We also measure an increase in the slope of the PN luminosity function at fainter magnitudes with radius.
Conclusions: We infer that the radial variation of the PN population properties is due to a diffuse population of metal-poor stars ([M/H] < -1.0) following an exponential profile, in addition to the M 105 halo. The spatial coincidence between the number density profile of these metal-poor stars and the increase in the α-parameter value with radius establishes the missing link between metallicity and the post-asymptotic giant branch phases of stellar evolution. We estimate that the total bolometric luminosity associated with the exponential IGL population is 2.04 × 109 L⊙ as a lower limit. The lower limit on the IGL fraction is thus 3.8%. This work sets the stage for kinematic studies of the IGL in low-mass groups.

Based on data collected at Subaru Telescope, which is operated by the National Astronomical Observatory of Japan under programme S14A-006 and with the William Herschel Telescope operated on the island of La Palma by the Isaac Newton Group of Telescopes in the Spanish Observatorio del Roque de los Muchachos of the Instituto de Astrofísica de Canarias. 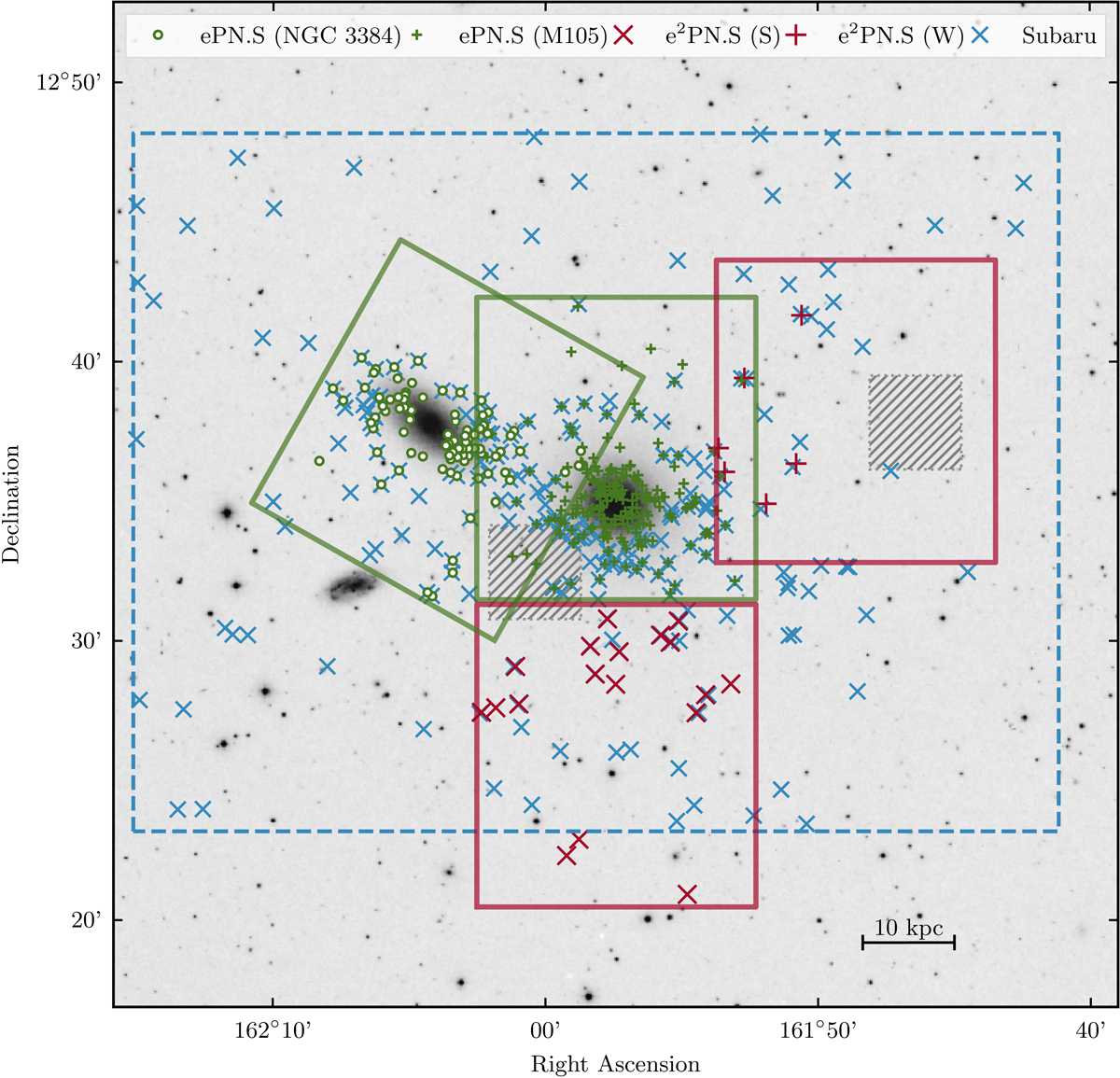