Double-peak narrow emission line galaxies have been studied extensively in the past years, in the hope of discovering late stages of mergers. It is difficult to disentangle this phenomenon from disc rotations and gas outflows with the sole spectroscopic measurement of the central 3″. We aim to properly detect such galaxies and distinguish the underlying mechanisms with a detailed analysis of the host-galaxy properties and their kinematics. Relying on the Reference Catalogue of Spectral Energy Distribution, we developed an automated selection procedure and found 5663 double-peak emission line galaxies at z < 0.34 corresponding to 0.8% of the parent database. To characterise these galaxies, we built a single-peak no-bias control sample (NBCS) with the same redshift and stellar mass distributions as the double-peak sample (DPS). These two samples are indeed very similar in terms of absolute magnitude, [OIII] luminosity, colour-colour diagrams, age and specific star formation rate, metallicity, and environment. We find an important excess of S0 galaxies in the DPS, not observed in the NBCS, which cannot be accounted for by the environment, as most of these galaxies are isolated or in poor groups. Similarly, we find a relative deficit of pure discs in the DPS late-type galaxies, which are preferentially of Sa type. In parallel, we observe a systematic central excess of star formation and extinction for double peak (DP) galaxies. Finally, there are noticeable differences in the kinematics: The gas velocity dispersion is correlated with the galaxy inclination in the NBCS, whereas this relation does not hold for the DPS. Furthermore, the DP galaxies show larger stellar velocity dispersions and they deviate from the Tully-Fisher relation for both late-type and S0 galaxies. These discrepancies can be reconciled if one considers the two peaks as two different components. Considering the morphological biases in favour of bulge-dominated galaxies and the star formation central enhancement, we suggest a scenario of multiple, sequential minor mergers driving the increase of the bulge size, leading to larger fractions of S0 galaxies and a deficit of pure disc galaxies. 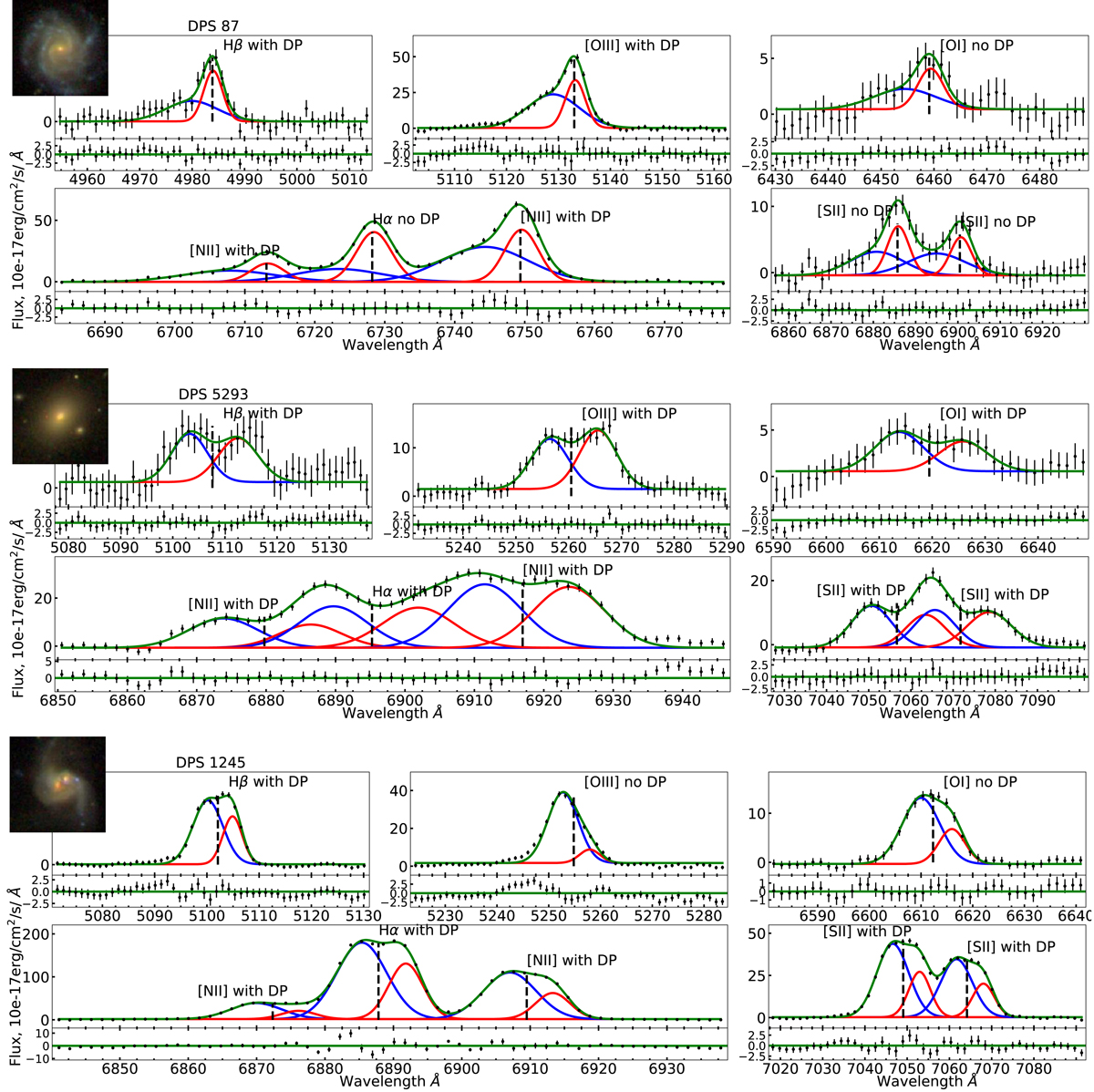