Context. The XMM-Newton Survey Science Centre Consortium (SSC) develops software in close collaboration with the Science Operations Centre to perform a pipeline analysis of all XMM-Newton observations. In celebration of the twentieth anniversary of the XMM-Newton launch, the SSC has compiled the fourth generation of serendipitous source catalogues, 4XMM.
Aims: The catalogue described here, 4XMM-DR9s, explores sky areas that were observed more than once by XMM-Newton. These observations are bundled in groups referred to as stacks. Stacking leads to a higher sensitivity, resulting in newly discovered sources and better constrained source parameters, and unveils long-term brightness variations.
Methods: The 4XMM-DR9s catalogue was constructed from simultaneous source detection on overlapping observations. As a novel feature, positional rectification was applied beforehand. Observations with all filters and suitable camera settings were included. Exposures with a high background were discarded. The high-background thresholds were determined through a statistical analysis of all exposures in each instrument configuration. The X-ray background maps used in source detection were modelled via an adaptive smoothing procedure with newly determined parameters. Source fluxes were derived for all contributing observations, irrespective of whether the source would be detectable in an individual observation.
Results: The new catalogue lists the X-ray sources detected in 1329 stacks with 6604 contributing observations over repeatedly covered 300 square degrees in the sky. Most stacks are composed of two observations, the largest one comprises 352 observations. We find 288 191 sources of which 218 283 were observed several times. The number of observations of a source ranges from 1 to 40. Auxiliary products, like X-ray full-band and false-colour images, long-term X-ray light curves, and optical finding charts, are published as well.
Conclusions: 4XMM-DR9s contains new detections and is considered a prime resource to explore long-term variability of X-ray sources discovered by XMM-Newton. Regular incremental releases, including new public observations, are planned.

The catalogue is available in FITS format via the SSC web pages at http://xmmssc.irap.omp.eu and https://xmmssc.aip.de and at the CDS via anonymous ftp to http://cdsarc.u-strasbg.fr (ftp://130.79.128.5) or via http://cdsarc.u-strasbg.fr/viz-bin/cat/J/A+A/641/A137, XSA https://www.cosmos.esa.int/web/xmm-newton/xsa, and HEASARC https://heasarc.gsfc.nasa.gov/W3Browse/xmm-newton/xmmstack.html data services. Based on observations obtained with XMM-Newton, an ESA science mission with instruments and contributions directly funded by ESA Member States and NASA. 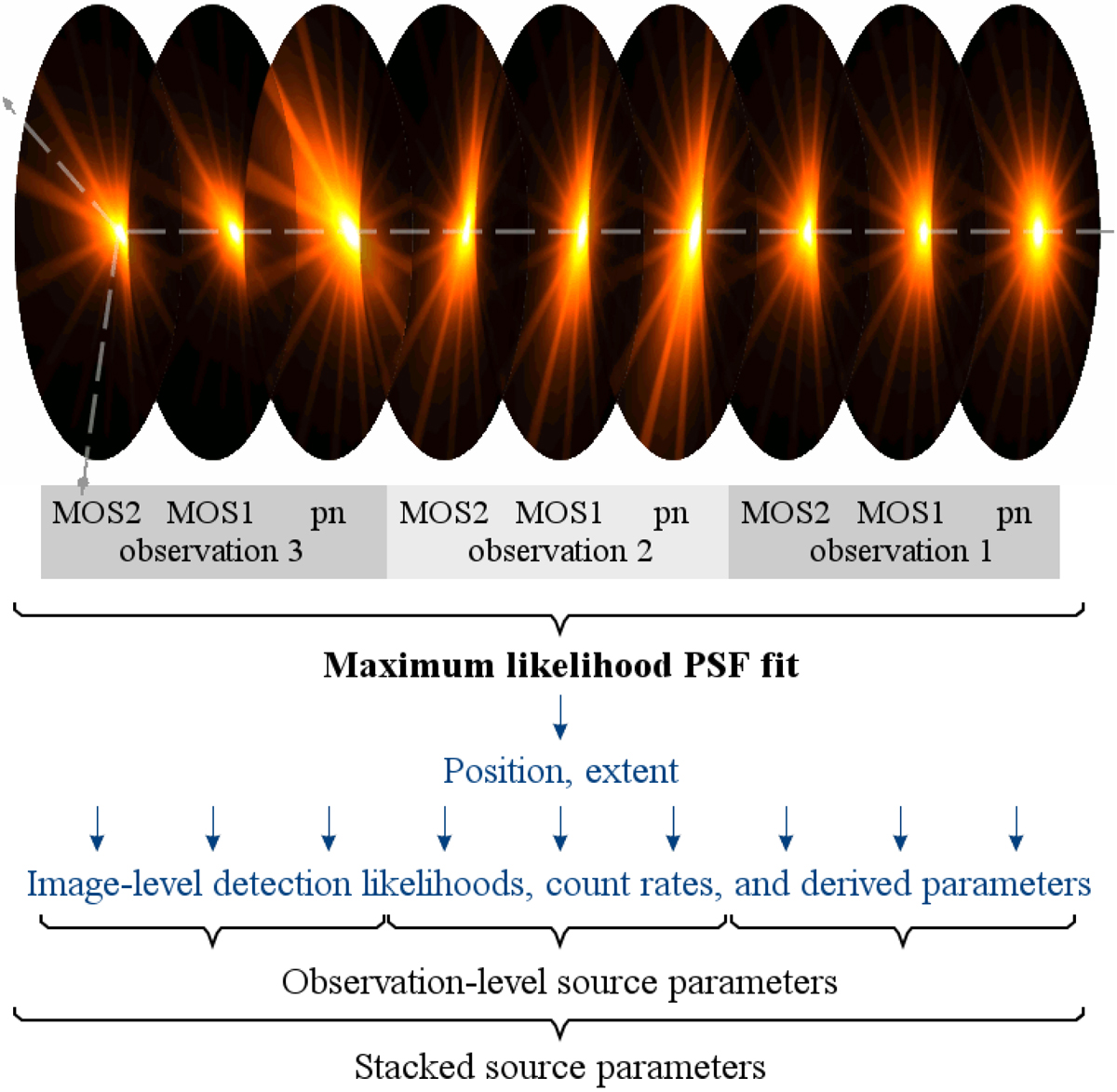