Directly imaged exoplanets in reflected starlight: the importance of knowing the planet radius

Context. The direct imaging of exoplanets in reflected starlight will represent a major advance in the study of cold and temperate exoplanet atmospheres. Understanding how basic planet and atmospheric properties may affect the measured spectra is key to their interpretation.
Aims: We have investigated the information content in reflected-starlight spectra of exoplanets. We apply our analysis to Barnard's Star b candidate super-Earth, for which we assume a radius 0.6 times that of Neptune, an atmosphere dominated by H2-He, and a CH4 volume mixing ratio of 5 × 10-3. The main conclusions of our study are however planet-independent.
Methods: We set up a model of the exoplanet described by seven parameters including its radius, atmospheric methane abundance, and basic properties of a cloud layer. We generated synthetic spectra at zero phase (full disc illumination) from 500 to 900 nm and a spectral resolution R ~ 125-225. We simulated a measured spectrum with a simplified, wavelength-independent noise model at a signal-to-noise ratio of 10. With a retrieval methodology based on Markov chain Monte Carlo sampling, we analysed which planet and atmosphere parameters can be inferred from the measured spectrum and the theoretical correlations amongst them. We considered limiting cases in which the planet radius is either known or completely unknown, and intermediate cases in which the planet radius is partly constrained.
Results: If the planet radius is known, we can generally discriminate between cloud-free and cloudy atmospheres, and constrain the methane abundance to within two orders of magnitude. If the planet radius is unknown, new correlations between model parameters occur and the accuracy of the retrievals decreases. Without a radius determination, it is challenging to discern whether the planet has clouds, and the estimates on methane abundance degrade. However, we find the planet radius is constrained to within a factor of two for all the cases explored. Having a priori information on the planet radius, even if approximate, helps improve the retrievals.
Conclusions: Reflected-starlight measurements will open a new avenue for characterizing long-period exoplanets, a population that remains poorly studied. For this task to be complete, direct-imaging observations should be accompanied by other techniques. We urge exoplanet detection efforts to extend the population of long-period planets with mass and radius determinations. 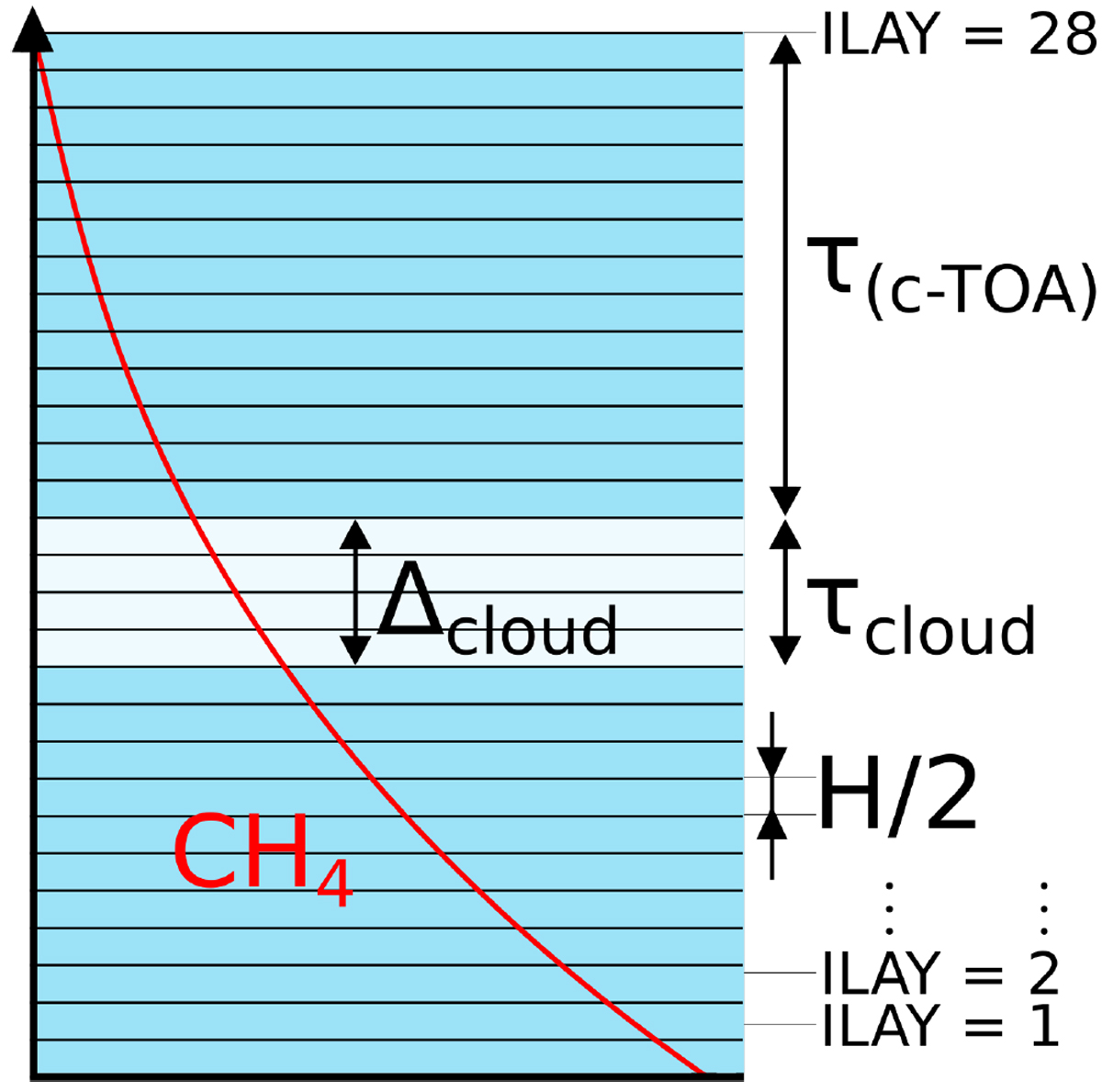