The CARMENES search for exoplanets around M dwarfs. Measuring precise radial velocities in the near infrared: The example of the super-Earth CD Cet b

The high-resolution, dual channel, visible and near-infrared spectrograph CARMENES offers exciting opportunities for stellar and exoplanetary research on M dwarfs. In this work we address the challenge of reaching the highest radial velocity precision possible with a complex, actively cooled, cryogenic instrument, such as the near-infrared channel. We describe the performance of the instrument and the work flow used to derive precise Doppler measurements from the spectra. The capability of both CARMENES channels to detect small exoplanets is demonstrated with the example of the nearby M5.0 V star CD Cet (GJ 1057), around which we announce a super-Earth (4.0 ± 0.4 M⊕) companion on a 2.29 d orbit.

Based on observations collected at the Centro Astronómico Hispano Alemán (CAHA) at Calar Alto, Almería, Spain, operated jointly by the Junta de Andalucía and the Instituto de Astrofísica de Andalucía (CSIC). Based on observations collected at the European Southern Observatory, Paranal, Chile, under program 0103.C-0152(A), and La Silla, Chile, under programs 072.C-0488(E) and 183.C-0437(A). 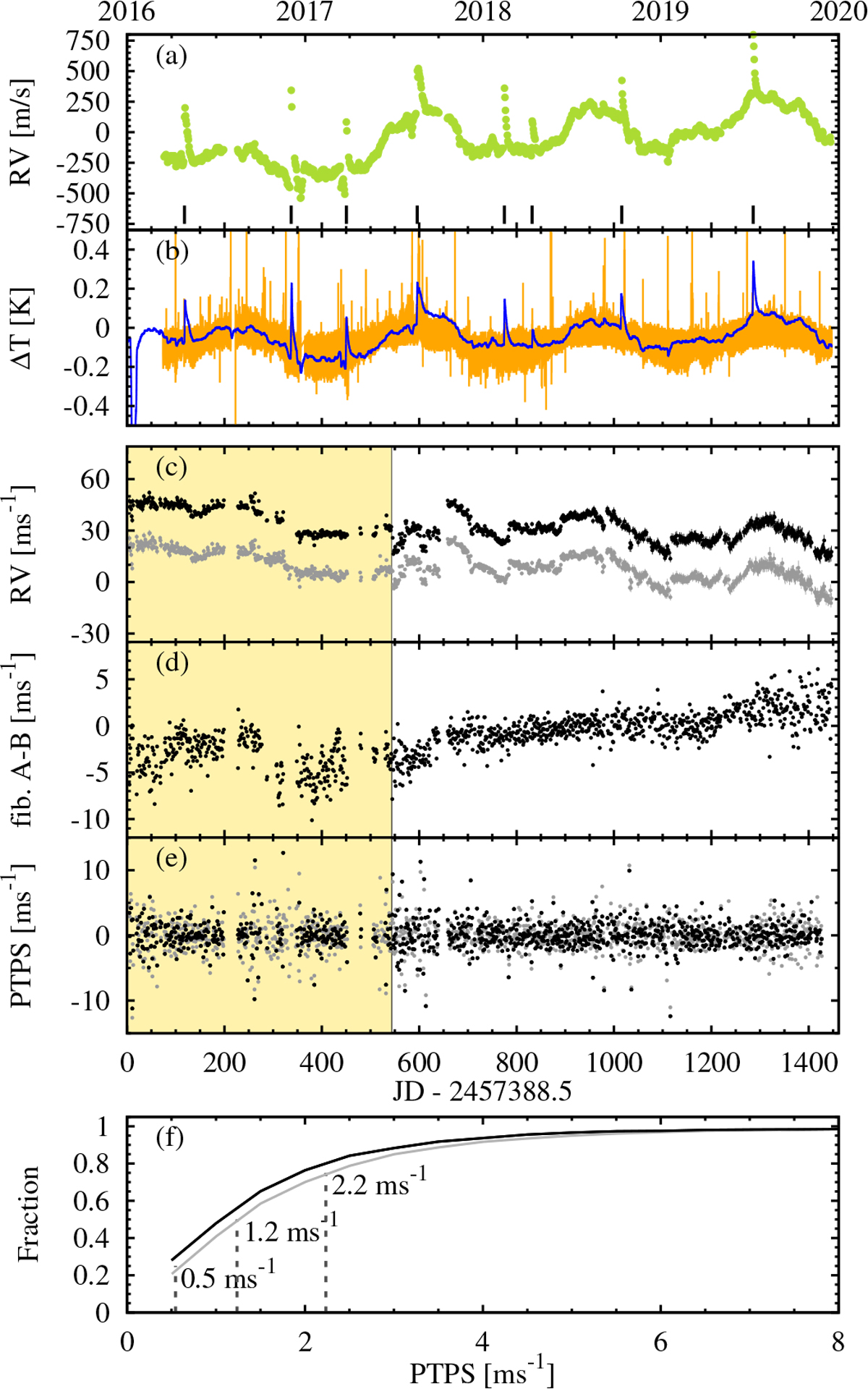