Oscillating red-giant stars have provided a wealth of asteroseismic information regarding their interiors and evolutionary states, which enables detailed studies of the Milky Way. The objective of this work is to determine what fraction of red-giant stars shows photometric rotational modulation, and understand its origin. One of the underlying questions is the role of close binarity in this population, which relies on the fact that red giants in short-period binary systems (less than 150 days or so) have been observed to display strong rotational modulation. We selected a sample of about 4500 relatively bright red giants observed by Kepler, and show that about 370 of them (∼8%) display rotational modulation. Almost all have oscillation amplitudes below the median of the sample, while 30 of them are not oscillating at all. Of the 85 of these red giants with rotational modulation chosen for follow-up radial-velocity observation and analysis, 34 show clear evidence of spectroscopic binarity. Surprisingly, 26 of the 30 nonoscillators are in this group of binaries. On the contrary, about 85% of the active red giants with detectable oscillations are not part of close binaries. With the help of the stellar masses and evolutionary states computed from the oscillation properties, we shed light on the origin of their activity. It appears that low-mass red-giant branch stars tend to be magnetically inactive, while intermediate-mass ones tend to be highly active. The opposite trends are true for helium-core burning (red clump) stars, whereby the lower-mass clump stars are comparatively more active and the higher-mass ones are less active. In other words, we find that low-mass red-giant branch stars gain angular momentum as they evolve to clump stars, while higher-mass ones lose angular momentum. The trend observed with low-mass stars leads to possible scenarios of planet engulfment or other merging events during the shell-burning phase. Regarding intermediate-mass stars, the rotation periods that we measured are long with respect to theoretical expectations reported in the literature, which reinforces the existence of an unidentified sink of angular momentum after the main sequence. This article establishes strong links between rotational modulation, tidal interactions, (surface) magnetic fields, and oscillation suppression. There is a wealth of physics to be studied in these targets that is not available in the Sun. 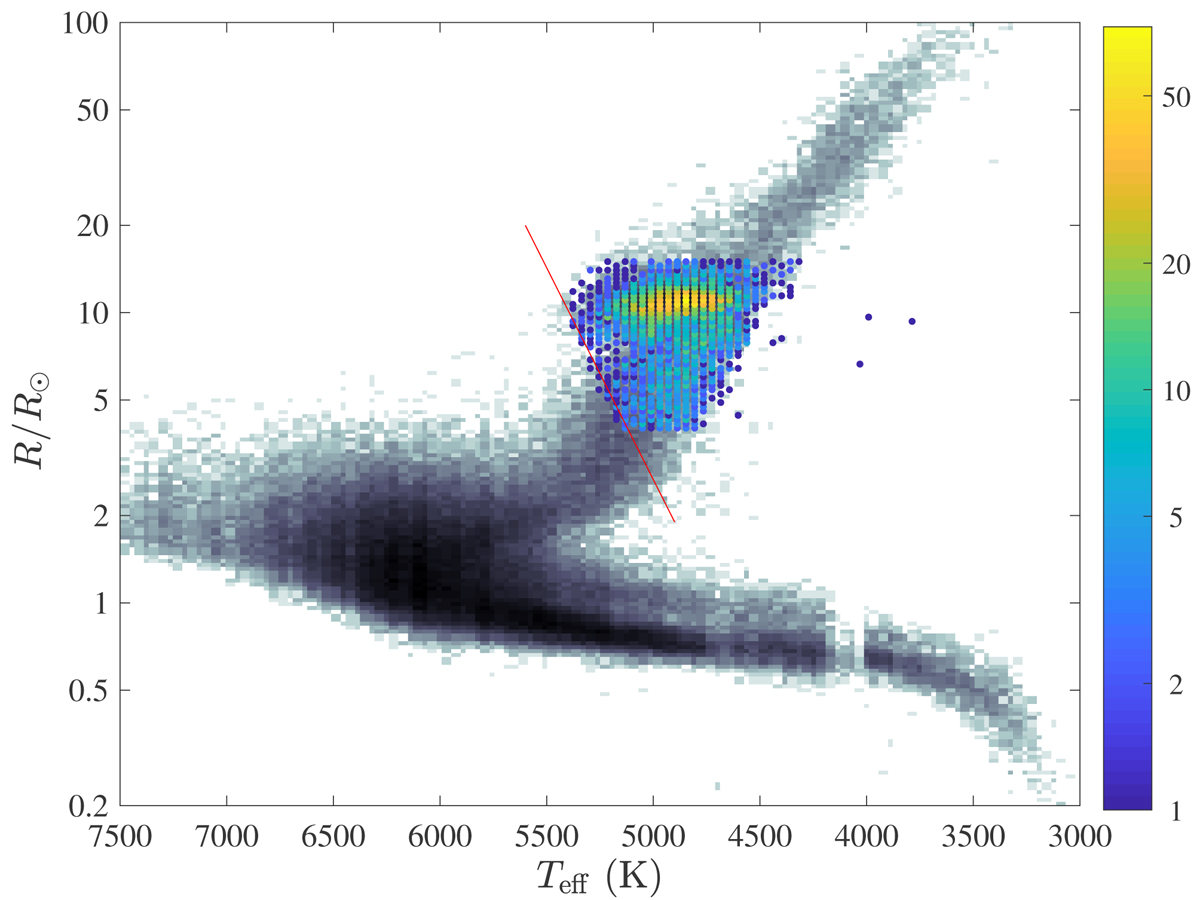