Neutron stars (NSs) in low-mass X-ray binaries rotate at frequencies high enough to significantly deviate from sphericity (ν* ∼ 200-600 Hz). First, we investigate the effects of rapid rotation on the observational appearance of a NS. We propose analytical formulae relating gravitational mass and equatorial radius of the rapidly rotating NS to the mass M and radius R of a non-rotating NS of the same baryonic mass using accurate fully relativistic computations. We assume that the NS surface emission is described by the Planck function with two different emission patterns: the isotropic intensity and that corresponding to the electron-scattering dominated atmosphere. For these two cases we compute spectra from an oblate rotating NS observed at different inclination angles using the modified oblate Schwarzschild approximation, where light bending is computed in Schwarzschild metric, but frame dragging and quadrupole moment of a NS are approximately accounted for in the photon redshift calculations. In particular, we determine the solid angle at which a rotating NS is seen by a distant observer, the observed colour temperature and the blackbody normalization. Then, we investigate how rapid rotation affects the results of NS radius determination using the cooling tail method applied to the X-ray burst spectral evolution. We approximate the local spectra from the NS surface by a diluted blackbody with the luminosity-dependent dilution factor using previously computed NS atmosphere models. We then generalize the cooling tail method to the case of a rapidly rotating NS to obtain the most probable values of M and R of the corresponding non-rotating NS with the same baryonic mass. We show that the NS radius could be overestimated by 3-3.5 km for face-on stars of R ≈ 11 km rotating at ν*= 700 Hz if the version of the cooling tail method for a non-rotating NS is used. We apply the method to an X-ray burst observed from the NS rotating at ν* ≈ 532 Hz in SAX J1810.8-2609. The resulting radius of the non-rotating NS (assuming M = 1.5 M⊙) becomes 11.8 ± 0.5 km if it is viewed at inclination i = 60° and R = 11.2 ± 0.5 km for a face-on view, which are smaller by 0.6 and 1.2 km than the radius obtained using standard cooling tail method ignoring rotation. The corresponding equatorial radii of these rapidly rotating NSs are 12.3 ± 0.6 km (for i = 60°) and 11.6 ± 0.6 km (for i = 0°). 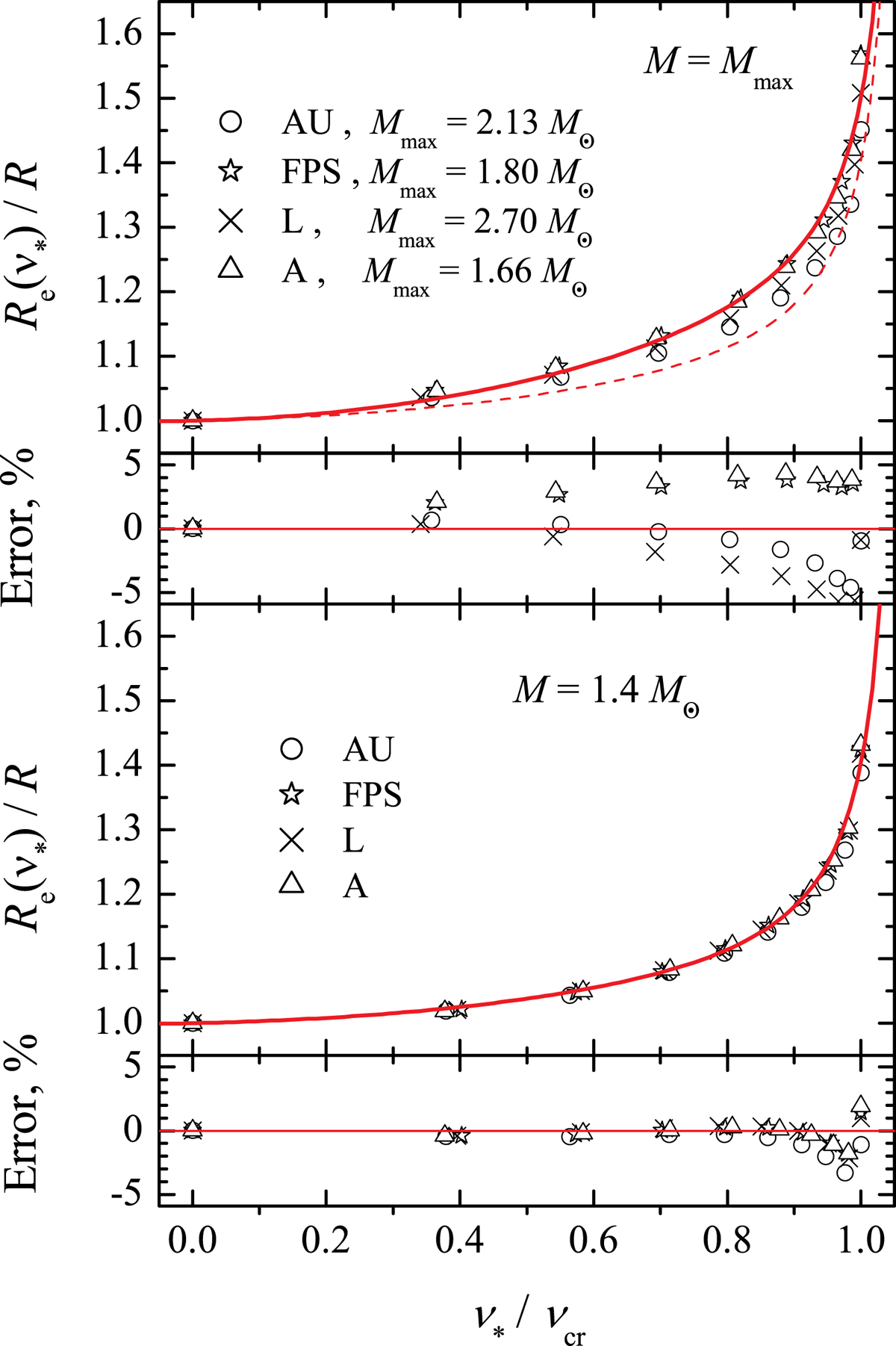