H I filaments are cold and associated with dark molecular gas. HI4PI-based estimates of the local diffuse CO-dark H2 distribution

Context. There are significant amounts of H2 in the Milky Way. Due to its symmetry H2 does not radiate at radio frequencies. CO is thought to be a tracer for H2; however, CO is formed at significantly higher opacities than H2. Thus, toward high Galactic latitudes significant amounts of H2 are hidden and are called CO-dark.
Aims: We demonstrate that the dust-to-gas ratio is a tool for identifying locations and column densities of CO-dark H2.
Methods: We adopt the hypothesis of a constant E(B-V)/NH ratio, independent of phase transitions from H I to H2. We investigate the Doppler temperatures TD, from a Gaussian decomposition of HI4PI data, to study temperature dependences of E(B-V)/NHI.
Results: The E(B-V)/NHI ratio in the cold H I gas phase is high in comparison to the warmer phase. We consider this as evidence that cold H I gas toward high Galactic latitudes is associated with H2. Beyond CO-bright regions, for TD ≤ 1165 K we find a correlation (NHI + 2NH2)/NHI ∝-logTD. In combination with a factor XCO = 4.0 × 1020 cm-2 (K km s-1)-1 this yields NH/E(B-V) ~ 5.1 to 6.7 × 1021 cm-2 mag-1 for the full sky, which is compatible with X-ray scattering and UV absorption line observations.
Conclusions: Cold H I with TD ≤ 1165 K contains on average 46% CO-dark H2. Prominent filaments have TD ≤ 220 K and typical excitation temperatures Tex ~ 50 K. With a molecular gas fraction of ≥61% they are dominated dynamically by H2. 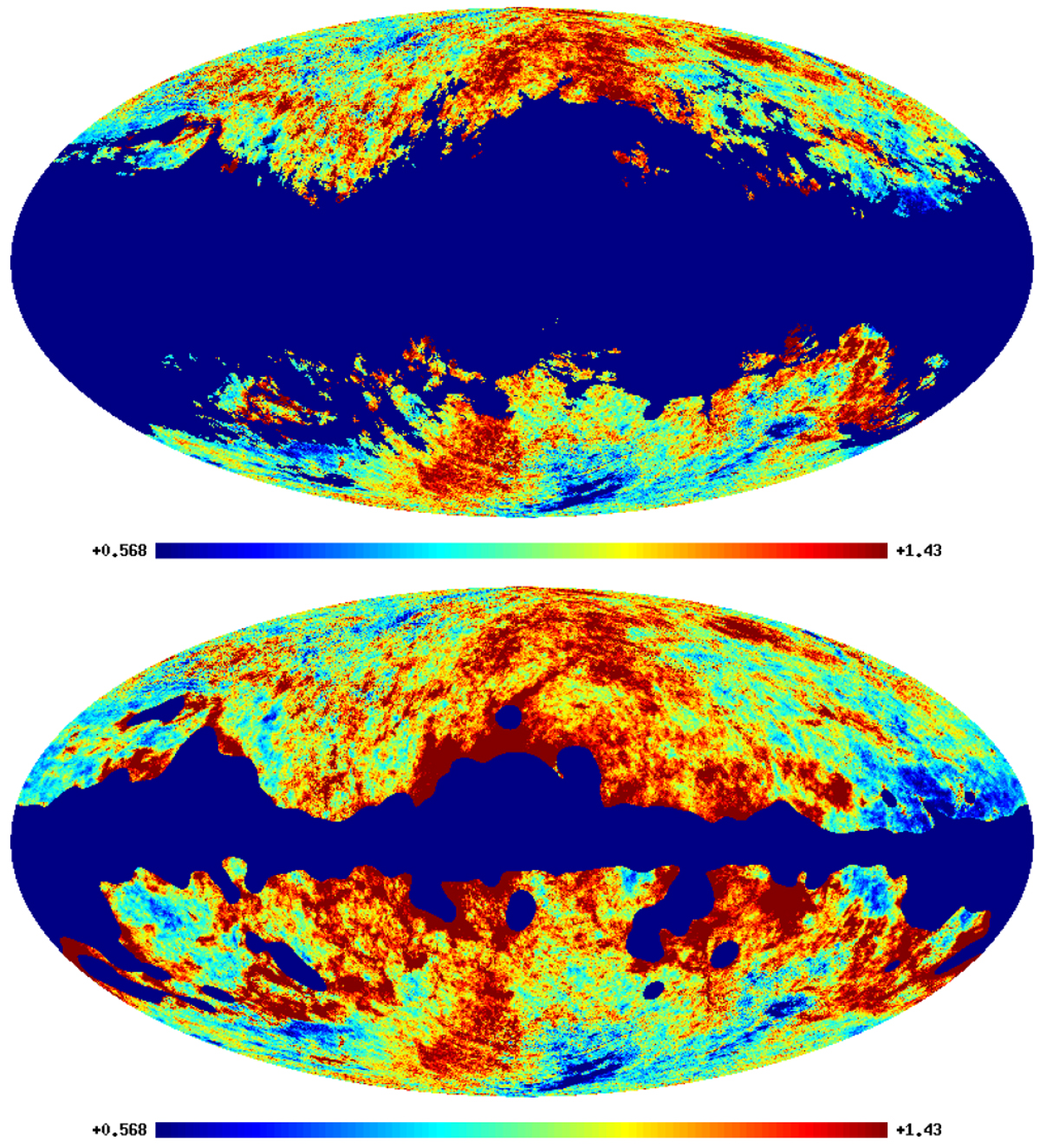