Mapping the working of environmental effects in A963


Aims: We qualitatively assess and map the relative contribution of pre-processing and cluster related processes to the build-up of , a massive cluster at z = 0.2 showing an unusually high fraction of star forming galaxies in its interior.
Methods: We use Voronoi binning of positions of cluster members on the plane of the sky in order to map the 2D variations of galaxy properties in the centre and infall region of A963. We map four galaxy parameters (fraction of star forming galaxies, specific star formation rate, H I deficiency and age of the stellar population) based on full SED fitting, 21 cm imaging and optical spectroscopy.
Results: We find an extended region dominated by passive galaxies along a north-south axis crossing the cluster centre, possibly associated with known filaments of the large-scale structure. There are signs that the passive galaxies in this region were quenched long before their arrival in the vicinity of the cluster. Contrary to that, to the east and west of the cluster centre lie regions of recent accretion dominated by gas rich, actively star forming galaxies not associated with any substructure or filament. The few passive galaxies in this region appear to be recently quenched, and some gas rich galaxies show signs of ongoing ram-pressure stripping. We report the first tentative observations at 21 cm of ongoing ram-pressure stripping at z = 0.2, as well as observed inflow of low-entropy gas into the cluster along filaments of the large-scale structure.
Conclusions: The observed galaxy content of A963 is a result of strongly anisotropic accretion of galaxies with different properties. Gas rich, star forming galaxies are being accreted from the east and west of the cluster and these galaxies are being quenched at r < R200, likely by ram-pressure stripping. The bulk of the accretion onto the cluster, containing multiple groups, happens along the north-south axis and brings mostly passive galaxies, likely quenched before entering A963. 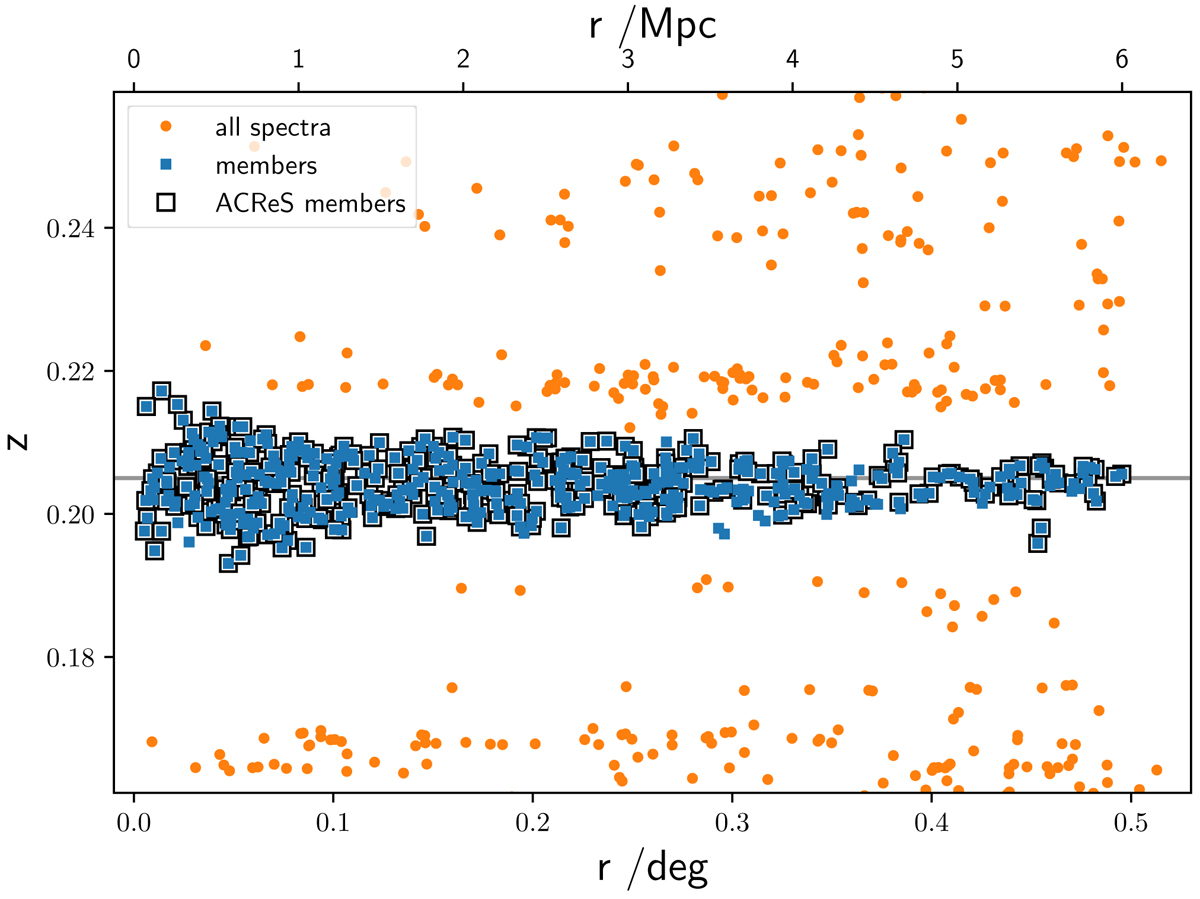