Context. The search for stars born in the very early stages of the Milky Way star formation history is of paramount importance in the study of the early Universe since their chemistry carries irreplaceable information on the conditions in which early star formation and galaxy buildup took place. The search for these objects has generally taken the form of expensive surveys for faint extremely metal-poor stars, the most obvious but not the only candidates to a very early formation.
Aims: Thanks to Gaia DR2 radial velocities and proper motions, we identified 72 bright cool stars displaying heliocentric transverse velocities in excess of 500 km s-1. These objects are most likely members of extreme outer-halo populations, either formed in the early Milky Way build-up or accreted from since-destroyed self-gravitating stellar systems.
Methods: We analysed low-resolution FORS spectra of the 72 stars in the sample and derived the abundances of a few elements. Despite the large uncertainties on the radial velocity determination, we derived reliable orbital parameters for these objects.
Results: The stars analysed are mainly slightly metal poor, with a few very metal-poor stars. Their chemical composition is much more homogeneous than expected. All the stars have very eccentric halo orbits, some extending well beyond the expected dimension of the Milky Way.
Conclusions: These stars can be the result of a disrupted small galaxy or they could have been globular cluster members. Age estimates suggest that some of them are evolved blue stragglers, now on the subgiant or asymptotic giant branches. 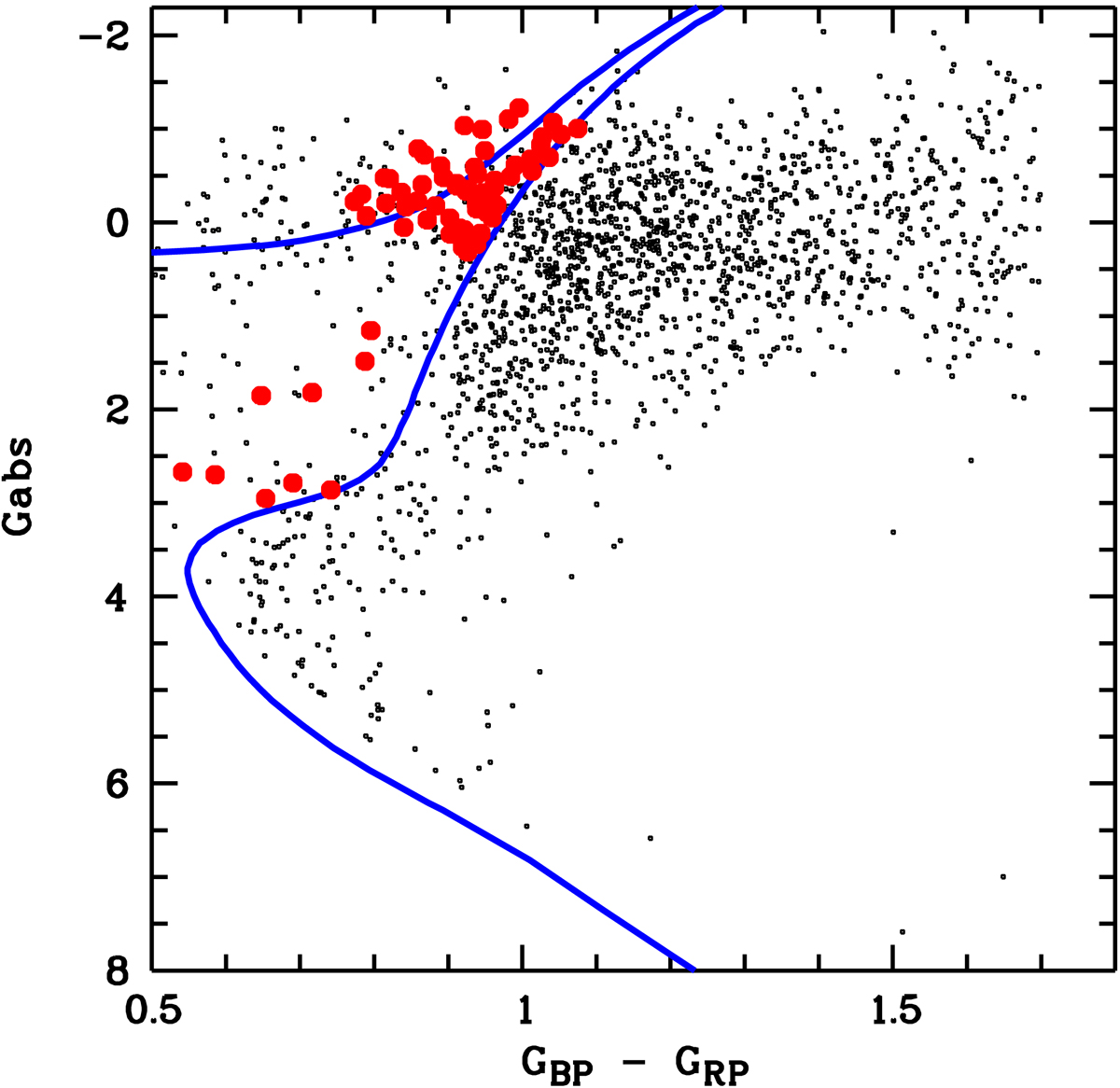