Context. We present our findings on 18 previously known ZZ Ceti stars observed by the TESS space telescope in 120 s cadence mode during the survey observation of the southern ecliptic hemisphere.
Aims: We focus on the frequency analysis of the space-based observations, comparing the results with findings of previous ground-based measurements. The frequencies detected by the TESS observations can serve as inputs for future asteroseismic analyses.
Methods: We performed standard pre-whitening of the data sets to derive the possible pulsation frequencies of the different targets. In some cases, we fit Lorentzians to the frequency groups that emerged as the result of short-term amplitude or phase variations that occurred during the TESS observations.
Results: We detected more than 40 pulsation frequencies in seven ZZ Ceti stars observed in the 120 s cadence by TESS, with precision better than 0.1 μHz. We found that HE 0532-5605 may be a new outbursting ZZ Ceti. Ten targets do not show any significant pulsation frequencies in their Fourier transforms, due to a combination of their intrinsic faintness and/or crowding on the large TESS pixels. We also detected possible amplitude or phase variations during the TESS observations in some cases. Such behaviour in these targets was not previously identified from ground-based observations. 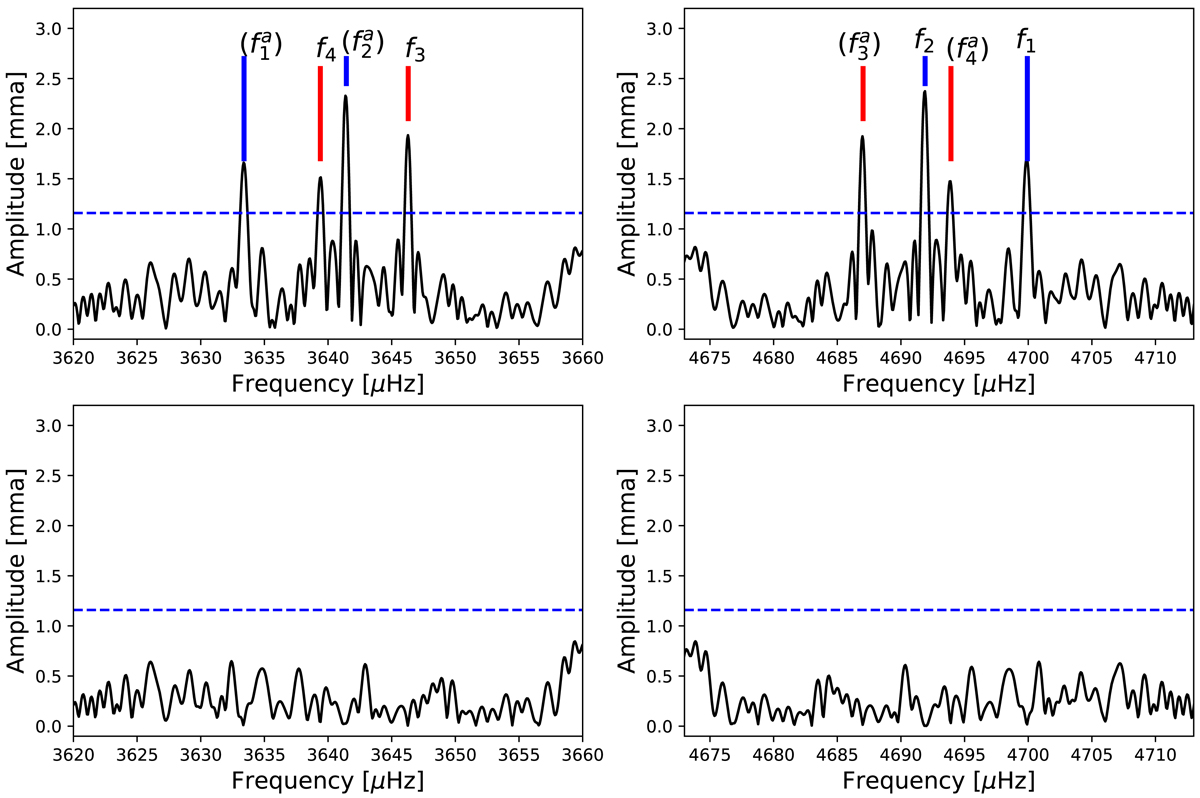