Metallicity is known to significantly affect the radial expansion of a massive star: the lower the metallicity, the more compact the star, especially during its post-main sequence evolution. Our goal is to study this effect in the context of binary evolution. Using the stellar-evolution code MESA, we computed evolutionary tracks of massive stars at six different metallicities between 1.0 Z⊙ and 0.01 Z⊙. We explored variations of factors known to affect the radial expansion of massive stars (e.g., semiconvection, overshooting, or rotation). Using observational constraints, we find support for an evolution in which already at a metallicity Z ≈ 0.2 Z⊙ massive stars remain relatively compact (∼100 R⊙) during the Hertzprung-gap (HG) phase and most of their expansion occurs during core-helium burning (CHeB). Consequently, we show that metallicity has a strong influence on the type of mass transfer evolution in binary systems. At solar metallicity, a case-B mass transfer is initiated shortly after the end of the main sequence, and a giant donor is almost always a rapidly expanding HG star. However, at lower metallicity, the parameter space for mass transfer from a more evolved, slowly expanding CHeB star increases dramatically. This means that envelope stripping and formation of helium stars in low-metallicity environments occurs later in the evolution of the donor, implying a shorter duration of the Wolf-Rayet phase (even by an order of magnitude) and higher final core masses. This metallicity effect is independent of the effect of metallicity-dependent stellar winds. At metallicities Z ≤ 0.04 Z⊙, a significant fraction of massive stars in binaries with periods longer than 100 days engages in the first episode of mass transfer very late into their evolution, when they already have a well-developed CO core. The remaining lifetime (≲104 yr) is unlikely to be long enough to strip the entire H-rich envelope. Cases of unstable mass transfer leading to a merger would produce CO cores that spin fast at the moment of collapse. We find that the parameter space for mass transfer from massive donors (> 40 M⊙) with outer convective envelopes is extremely small or even nonexistent. We briefly discuss this finding in the context of the formation of binary black hole mergers. 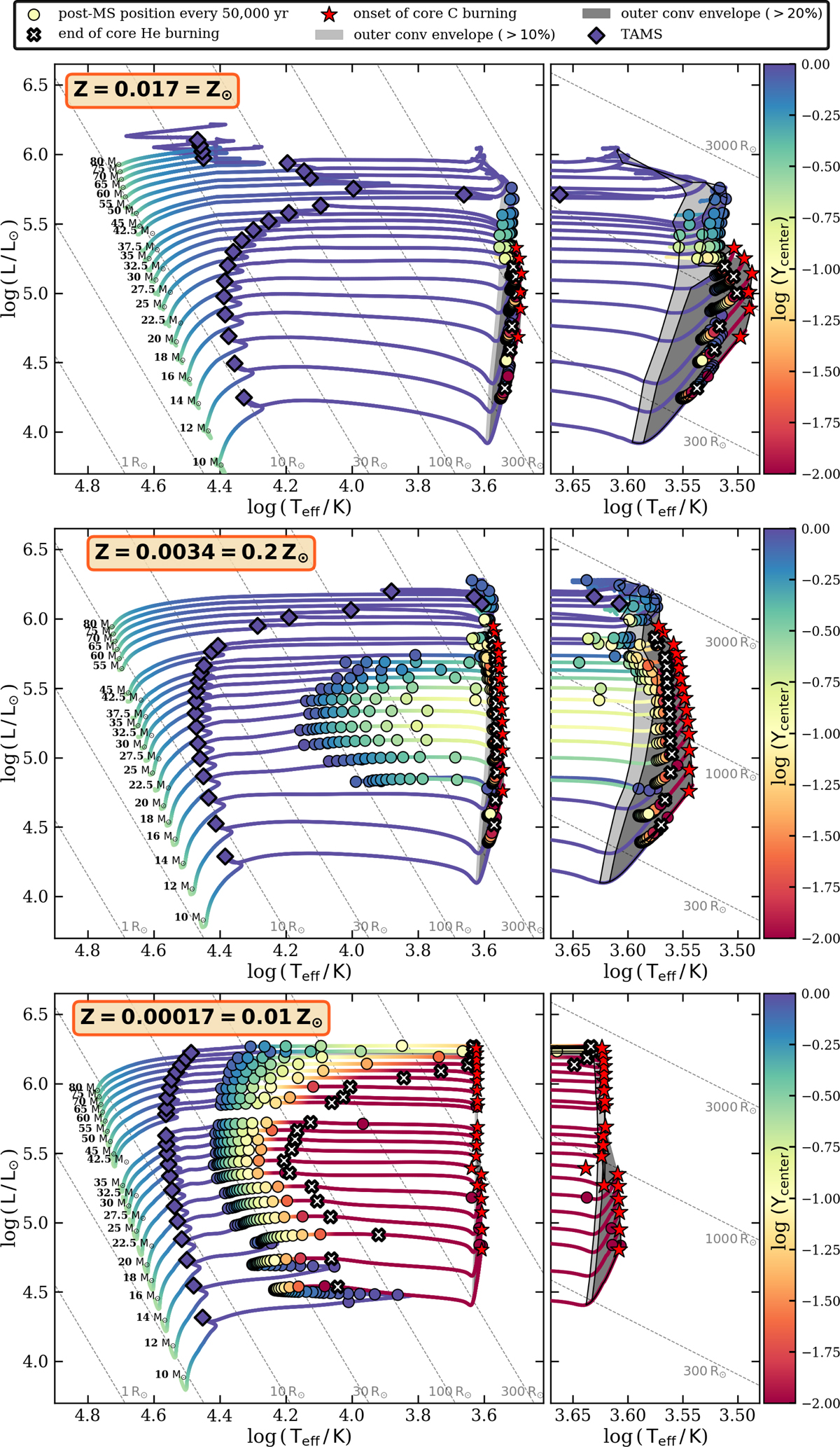