Context. The existence of tight correlations between supermassive black holes (BHs) and their host galaxies' properties in the local Universe suggests a closely linked evolution. Investigating these relations up to the high redshifts (z ≳ 6) is crucial in order to understand the interplay between star formation and BH growth across the cosmic time and to set constraints on galaxy formation and evolution models. In this work, we focus on the relation between BH mass (MBH) and the dynamical mass (Mdyn) of the host galaxy.
Aims: Previous works suggest an evolution of the MBH-Mdyn relation with redshift indicating that BH growth precedes the galaxy mass assembly during their co-evolution at z > 3. However, dynamical galaxy masses at high redshift are often estimated through the virial theorem, thus introducing significant uncertainties. Within the scope of this work, our aim is to study the MBH-Mdyn relation of a sample of 2 < z < 7 quasars by constraining their galaxy masses through a full kinematical modelling of the cold gas kinematics, thus avoiding all possible biases and effects introduced by the rough estimates usually adopted so far.
Methods: For this purpose, we retrieved public observations of 72 quasar host galaxies observed in [CII]158 μm or CO transitions with the Atacama Large Millimeter Array (ALMA). We then selected those quasars whose line emission is spatially resolved, and performed a kinematic analysis on ALMA observations. We estimated the dynamical mass of the systems by modelling the gas kinematics with a rotating disc, taking into account geometrical and instrumental effects. Our dynamical mass estimates, combined with MBH obtained from literature and our own new CIVλ1550 observations allowed us to investigate the MBH/Mdyn in the early Universe.
Results: Overall, we obtained a sample of ten quasars at z ∼ 2-7, in which line emission is detected with high S/N (≳5-10) and the gas kinematics are spatially resolved and dominated by ordered rotation. The estimated dynamical masses place six out of ten quasars above the local relation yielding to MBH/Mdyn ratios ∼10× higher than those estimated in low-z galaxies. On the other hand, we found that four quasars at z ∼ 4-6 have dynamical-to-BH-mass ratios consistent with what is observed in early-type galaxies in the local Universe. 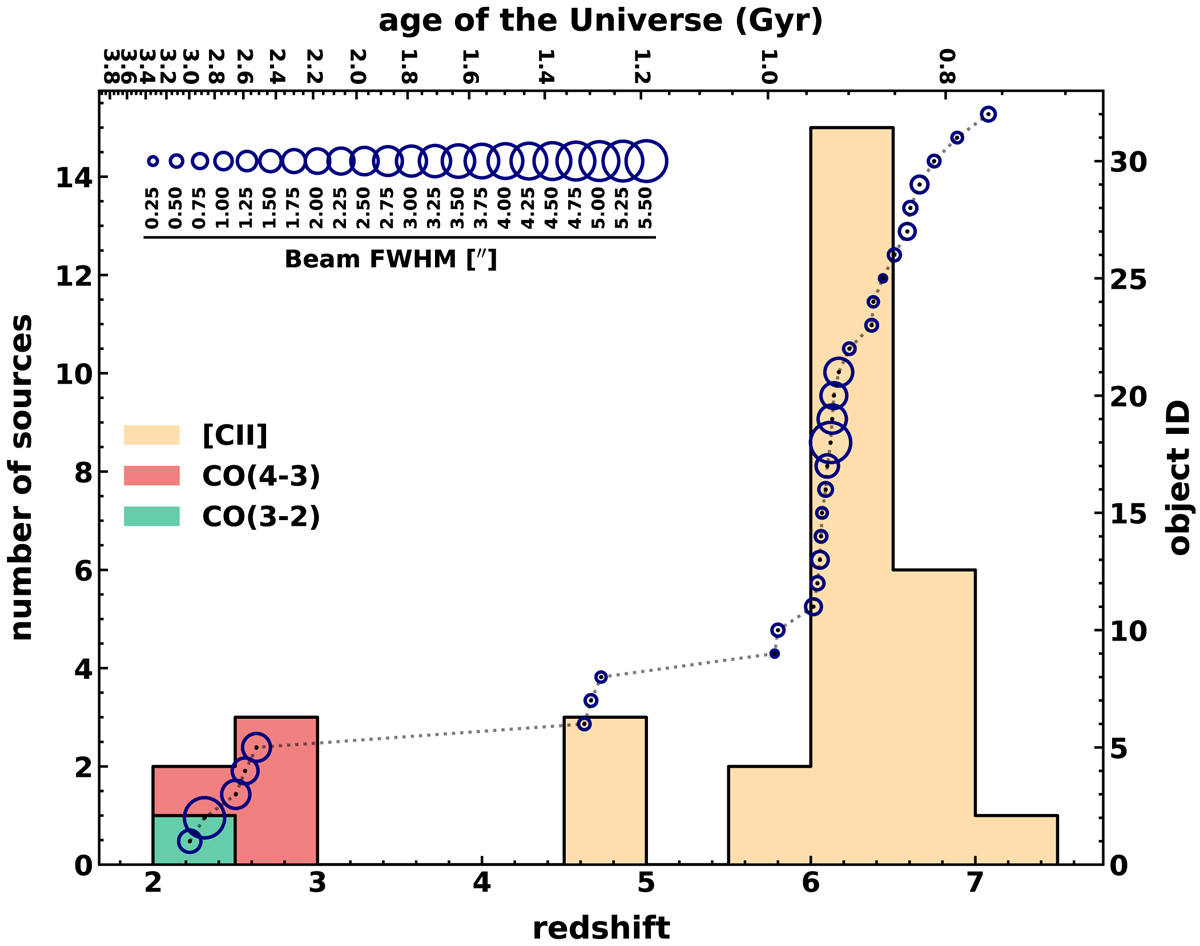