The expansion of stripped-envelope stars: Consequences for supernovae and gravitational-wave progenitors

Massive binaries that merge as compact objects are the progenitors of gravitational-wave sources. Most of these binaries experience one or more phases of mass transfer, during which one of the stars loses all or part of its outer envelope and becomes a stripped-envelope star. The evolution of the size of these stripped stars is crucial in determining whether they experience further interactions and understanding their ultimate fate. We present new calculations of stripped-envelope stars based on binary evolution models computed with MESA. We use these to investigate their radius evolution as a function of mass and metallicity. We further discuss their pre-supernova observable characteristics and potential consequences of their evolution on the properties of supernovae from stripped stars. At high metallicity, we find that practically all of the hydrogen-rich envelope is removed, which is in agreement with earlier findings. Only progenitors with initial masses below 10 M⊙ expand to large radii (up to 100 R⊙), while more massive progenitors remain compact. At low metallicity, a substantial amount of hydrogen remains and the progenitors can, in principle, expand to giant sizes (> 400 R⊙) for all masses we consider. This implies that they can fill their Roche lobe anew. We show that the prescriptions commonly used in population synthesis models underestimate the stellar radii by up to two orders of magnitude. We expect that this has consequences for the predictions for gravitational-wave sources from double neutron star mergers, particularly with regard to their metallicity dependence. 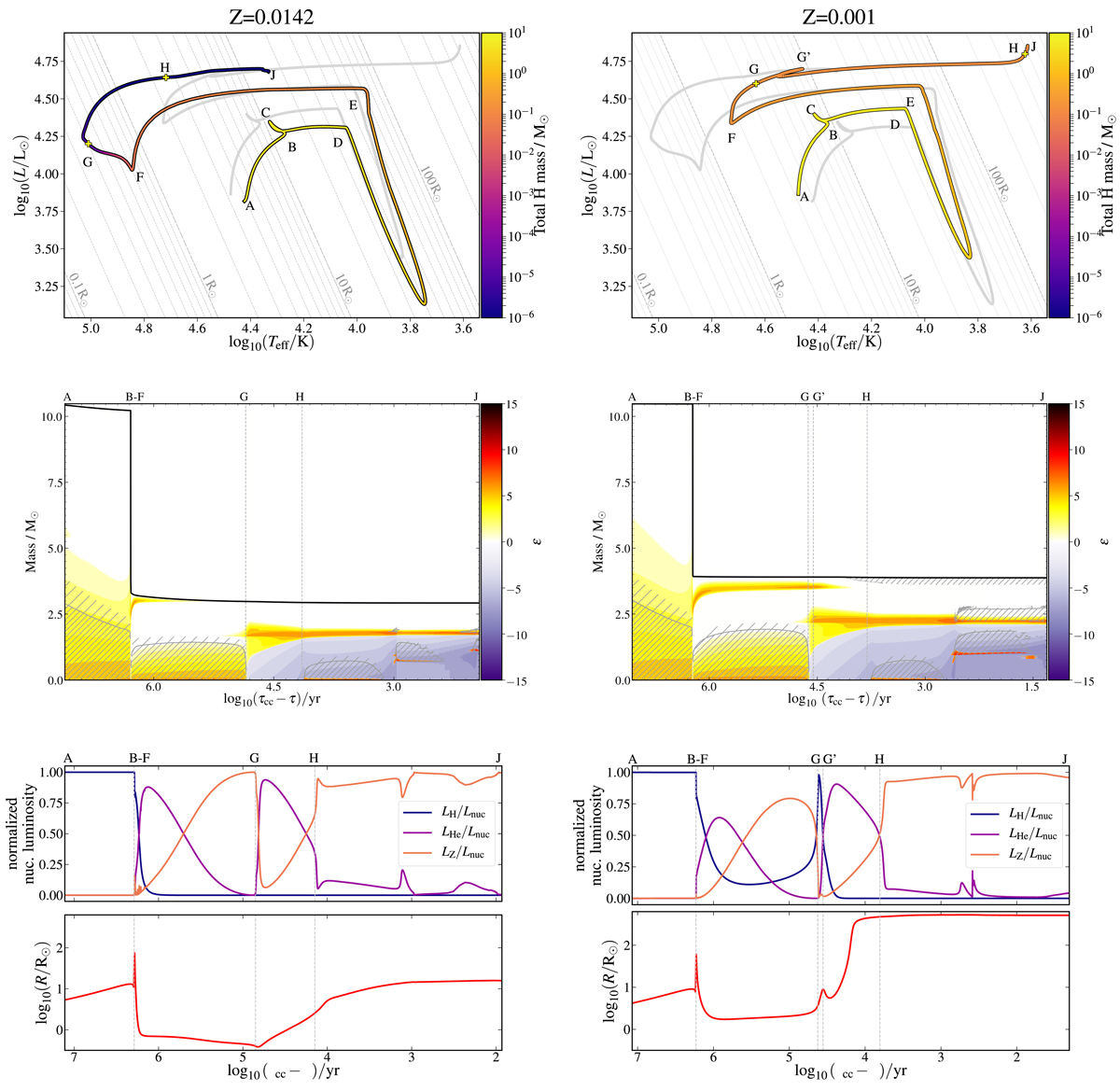