Aims: We study the dynamics and growth of dust particles in circumstellar disks of different masses that are prone to gravitational instability during the critical first Myr of their evolution.
Methods: We solved the hydrodynamics equations for a self-gravitating and viscous circumstellar disk in a thin-disk limit using the FEOSAD numerical hydrodynamics code. The dust component is made up of two different components: micron-sized dust and grown dust of evolving size. For the dust component, we considered the dust coagulation, fragmentation, momentum exchange with the gas, and dust self-gravity.
Results: We found that the micron-sized dust particles grow rapidly in the circumstellar disk, reaching a few cm in size in the inner 100 au of the disk during less than 100 kyr after the disk formation, provided that fragmentation velocity is 30 ms-1. Due to the accretion of micron dust particles from the surrounding envelope, which serves as a micron dust reservoir, the approximately cm-sized dust particles continue to be present in the disk for more than 900 kyr after the disk formation and maintain a dust-to-gas ratio close to 0.01. We show that a strong correlation exists between the gas and pebble fluxes in the disk. We find that radial surface density distribution of pebbles in the disk shows power-law distribution with an index similar to that of the Minimum-mass solar nebula regardless the disk mass. We also show that the gas surface density in our models agrees well with measurements of dust in protoplanetary disks of AS 209, HD 163296, and DoAr 25 systems.
Conclusions: Pebbles are formed during the very early stages of protoplanetary disk evolution. They play a crucial role in the planet formation process. Our disc simulations reveal the early onset (<105 yr) of an inwards-drifting flux of pebble-sized particles that makes up approximately between one hundredth and one tenth of the gas mass flux, which appears consistent with mm-observations of discs. Such a pebble flux would allow for the formation of planetesimals by streaming instability and the early growth of embryos by pebble accretion. We conclude that unlike the more common studies of isolated steady-state protoplanetary disks, more sophisticated global numerical simulations of circumstellar disk formation and evolution, including the pebble formation from the micron dust particles, are needed for performing realistic planet formation studies. 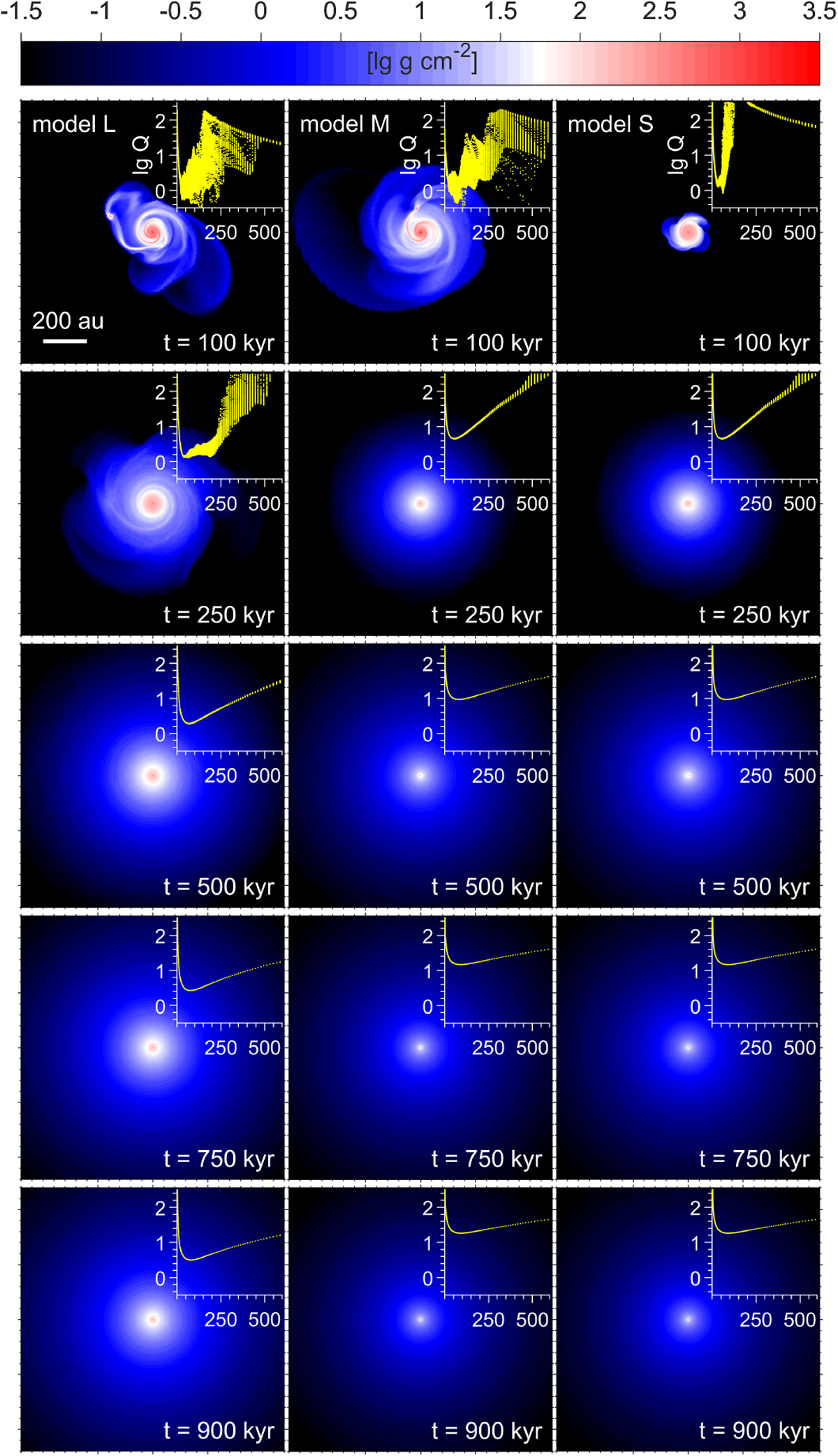