The discovery of extended TeV emission around the Geminga and PSR B0656+14 pulsars, with properties consistent with free particle propagation in the interstellar medium (ISM), has led to the suggestion of "TeV halos" as a separate source class, which is distinct from pulsar wind nebulae. This has sparked considerable discussion on the possible presence of such halos in other systems. In defining halos as regions where the pulsar no longer dominates the dynamics of the interstellar medium, yet where an over-density of relativistic electrons is present, we make an assessment of the current TeV source population associated with energetic pulsars in terms of size and estimated energy density. Based on two alternative estimators, we conclude that a large majority of the known TeV sources have emission originating in the zone that is energetically and dynamically dominated by the pulsar (i.e. the pulsar wind nebula), rather than from a surrounding halo of escaped particles diffusing into the ISM. Furthermore, whilst the number of established halos will surely increase in the future since there is a known large population of older, less energetic pulsars, we find that it is unlikely that such halos contribute significantly to the total TeV γ-ray luminosity from electrons accelerated in pulsar wind nebulae due to their lower intrinsic surface brightness. 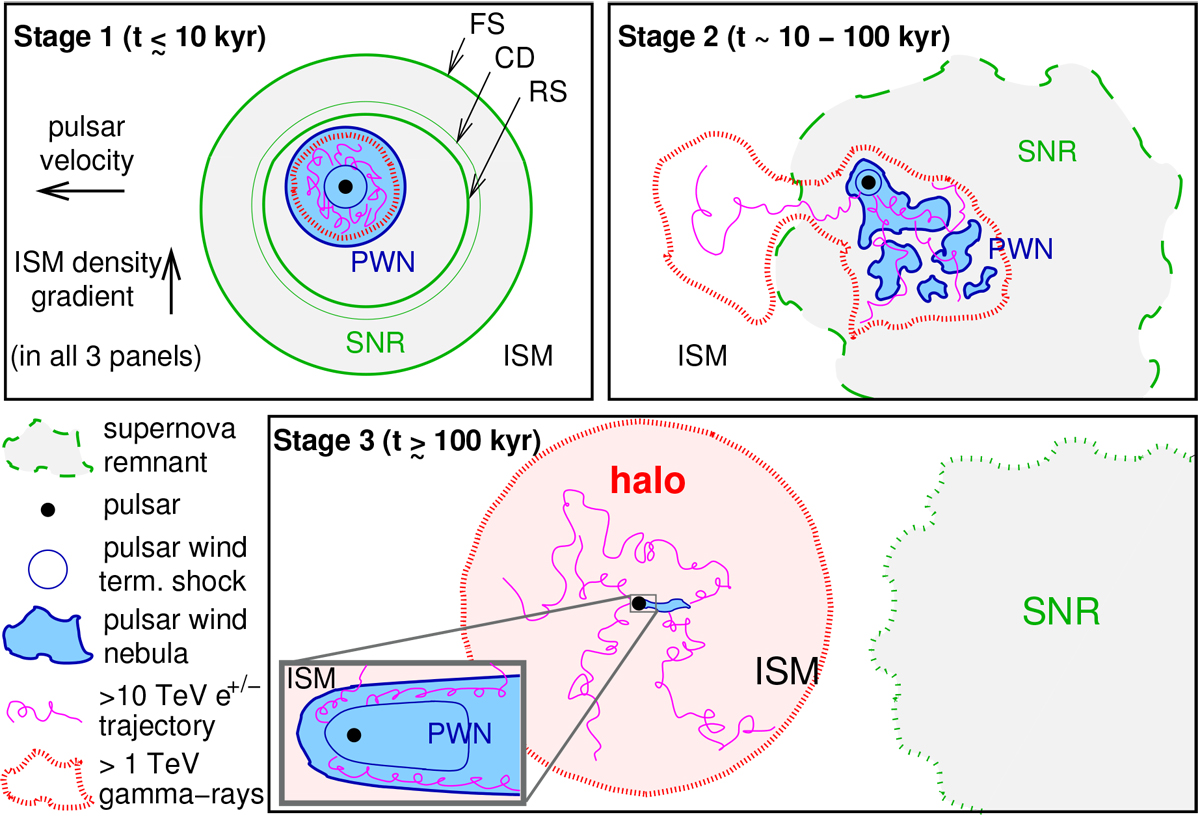