Aims: We present a detailed visible and near-infrared spectro-interferometric analysis of the Be-shell star o Aquarii from quasi-contemporaneous CHARA/VEGA and VLTI/AMBER observations.
Methods: We analyzed spectro-interferometric data in the Hα (VEGA) and Brγ (AMBER) lines using models of increasing complexity: simple geometric models, kinematic models, and radiative transfer models computed with the 3D non-LTE code HDUST.
Results: We measured the stellar radius of o Aquarii in the visible with a precision of 8%: 4.0 ± 0.3 R⊙. We constrained the circumstellar disk geometry and kinematics using a kinematic model and a MCMC fitting procedure. The emitting disk sizes in the Hα and Brγ lines were found to be similar, at ~10-12 stellar diameters, which is uncommon since most results for Be stars indicate a larger extension in Hα than in Brγ. We found that the inclination angle i derived from Hα is significantly lower (~15°) than the one derived from Brγ: i ~ 61.2° and 75.9°, respectively. While the two lines originate from a similar region of the disk, the disk kinematics were found to be near to the Keplerian rotation (i.e., β = -0.5) in Brγ (β ~ -0.43), but not in Hα (β ~ -0.30). After analyzing all our data using a grid of HDUST models (BeAtlas), we found a common physical description for the circumstellar disk in both lines: a base disk surface density Σ0 = 0.12 g cm-2 and a radial density law exponent m = 3.0. The same kind of discrepancy, as with the kinematic model, is found in the determination of i using the BeAtlas grid. The stellar rotational rate was found to be very close (~96%) to the critical value. Despite being derived purely from the fit to interferometric data, our best-fit HDUST model provides a very reasonable match to non-interferometric observables of o Aquarii: the observed spectral energy distribution, Hα and Brγ line profiles, and polarimetric quantities. Finally, our analysis of multi-epoch Hα profiles and imaging polarimetry indicates that the disk structure has been (globally) stable for at least 20 yr.
Conclusions: Looking at the visible continuum and Brγ emission line only, o Aquarii fits in the global scheme of Be stars and their circumstellar disk: a (nearly) Keplerian rotating disk well described by the viscous decretion disk (VDD) model. However, the data in the Hα line shows a substantially different picture that cannot fully be understood using the current generation of physical models of Be star disks. The Be star o Aquarii presents a stable disk (close to the steady-state), but, as in previous analyses, the measured m is lower than the standard value in the VDD model for the steady-state regime (m = 3.5). This suggests that some assumptions of this model should be reconsidered. Also, such long-term disk stability could be understood in terms of the high rotational rate that we measured for this star, the rate being a main source for the mass injection in the disk. Our results on the stellar rotation and disk stability are consistent with results in the literature showing that late-type Be stars are more likely to be fast rotators and have stable disks. 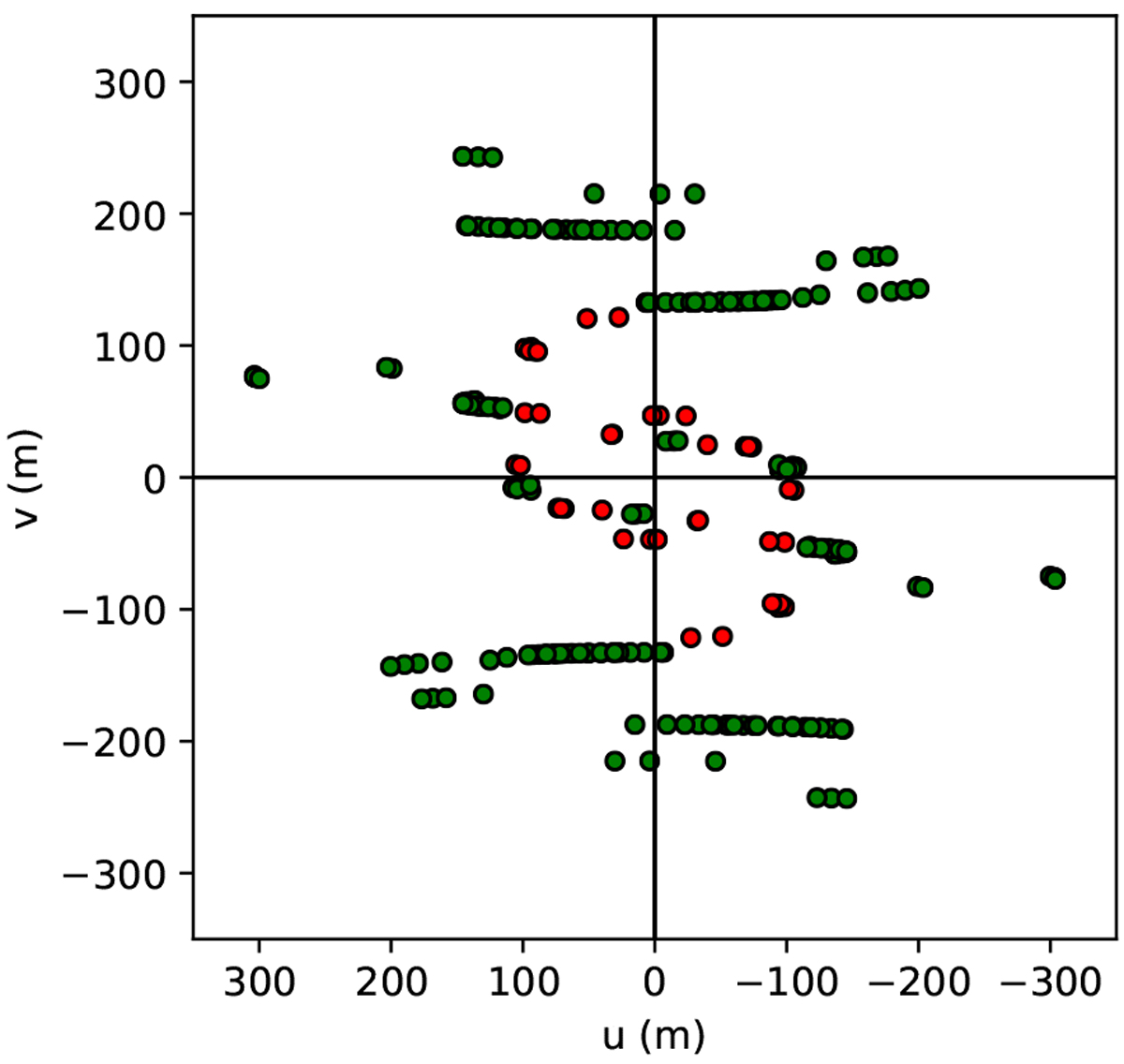