Context. The High Accuracy Radial velocity Planet Searcher (HARPS) spectrograph has been mounted since 2003 at the ESO 3.6 m telescope in La Silla and provides state-of-the-art stellar radial velocity (RV) measurements with a precision down to ˜1 m s-1. The spectra are extracted with a dedicated data-reduction software (DRS), and the RVs are computed by cross-correlating with a numerical mask.
Aims: This study has three main aims: (i) Create easy access to the public HARPS RV data set. (ii) Apply the new public SpEctrum Radial Velocity AnaLyser (SERVAL) pipeline to the spectra, and produce a more precise RV data set. (iii) Determine whether the precision of the RVs can be further improved by correcting for small nightly systematic effects.
Methods: For each star observed with HARPS, we downloaded the publicly available spectra from the ESO archive and recomputed the RVs with SERVAL. This was based on fitting each observed spectrum with a high signal-to-noise ratio template created by coadding all the available spectra of that star. We then computed nightly zero-points (NZPs) by averaging the RVs of quiet stars.
Results: By analyzing the RVs of the most RV-quiet stars, whose RV scatter is < 5 m s-1, we find that SERVAL RVs are on average more precise than DRS RVs by a few percent. By investigating the NZP time series, we find three significant systematic effects whose magnitude is independent of the software that is used to derive the RV: (i) stochastic variations with a magnitude of ˜1 m s-1; (ii) long-term variations, with a magnitude of ˜1 m s-1 and a typical timescale of a few weeks; and (iii) 20-30 NZPs that significantly deviate by a few m s-1. In addition, we find small (≲1 m s-1) but significant intra-night drifts in DRS RVs before the 2015 intervention, and in SERVAL RVs after it. We confirm that the fibre exchange in 2015 caused a discontinuous RV jump that strongly depends on the spectral type of the observed star: from ˜14 m s-1 for late F-type stars to ˜ - 3 m s-1 for M dwarfs. The combined effect of extracting the RVs with SERVAL and correcting them for the systematics we find is an improved average RV precision: an improvement of ˜5% for spectra taken before the 2015 intervention, and an improvement of ˜15% for spectra taken after it. To demonstrate the quality of the new RV data set, we present an updated orbital solution of the GJ 253 two-planet system.
Conclusions: Our NZP-corrected SERVAL RVs can be retrieved from a user-friendly public database. It provides more than 212 000 RVs for about 3000 stars along with much auxiliary information, such as the NZP corrections, various activity indices, and DRS-CCF products.

The HARPS-RVBANK archive are only available at the CDS via anonymous ftp to http://cdsarc.u-strasbg.fr (ftp://130.79.128.5) or via http://cdsarc.u-strasbg.fr/viz-bin/cat/J/A+A/636/A74 Based on observations collected at the European Organization for Astronomical Research in the Southern Hemisphere under ESO programs (see the Acknowledgements for a full list of the programs). 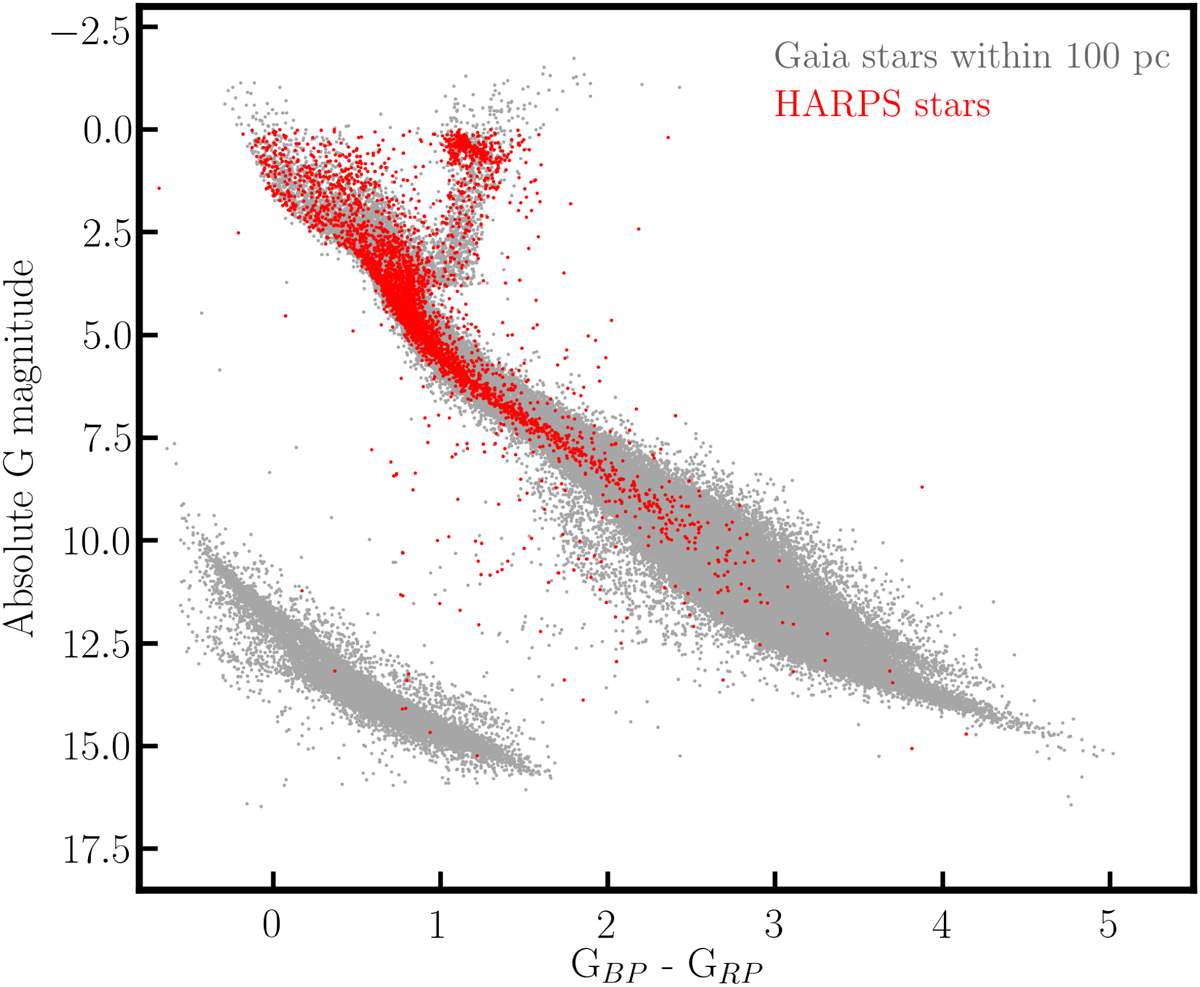