Context. Nitriles constitute almost 15% of the molecules observed in the interstellar medium (ISM), surprisingly only two dinitriles have been detected in the ISM so far. The lack of astronomical detections for dinitriles may be partly explained by the absence of laboratory rotational spectroscopic data.
Aims: Our goal is to investigate the rotational spectrum of glutaronitrile, N≡C-CH2-CH2-CH2-C≡N, in order to allow its possible detection in the ISM.
Methods: The rotational spectrum of glutaronitrile was measured using two different experimental setups. A Fourier transform microwave spectrometer was employed to observe the supersonic jet rotational spectrum of glutaronitrile between 6 and 20 GHz. In addition, the mmW spectrum was observed in the frequency range 72-116.5 GHz using a broadband millimetre-wave spectrometer based on radio astronomy receivers with fast Fourier transform backends. The spectral searches were supported by high-level ab initio calculations.
Results: A total of 111 rotational transitions with maximum values of J and Ka quantum numbers 54 and 18, respectively, were measured for the gg conformer of glutaronitrile. The analysis allowed us to accurately determine the rotational, nuclear quadrupole coupling, quartic and sextic centrifugal distortion constants. These rotational parameters were employed to search for glutaronitrile in the cold and warm molecular clouds Orion KL, Sgr B2(N), B1-b and TMC-1, using the spectral surveys captured by IRAM 30 m at 3 mm. Glutaronitrile was not detected, and the upper limits' column densities were derived. Those are a factor of 1.5 and 5 lower than those obtained for the total column densities of the analogous succinonitrile in Orion KL and Sgr B2, respectively. 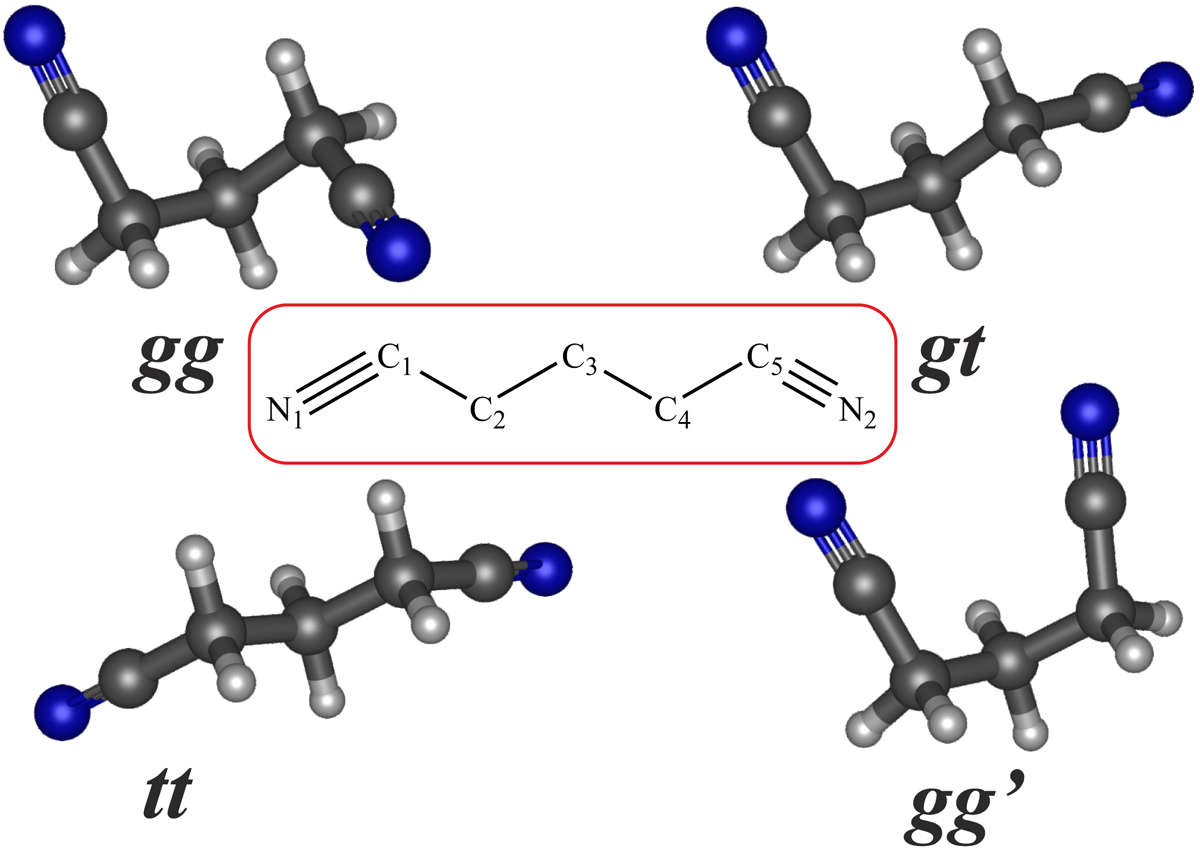