Context. Water is a key volatile that provides insight into the initial stages of planet formation. The low water abundances inferred from water observations toward low-mass protostellar objects may point to a rapid locking of water as ice by large dust grains during star and planet formation. However, little is known about the water vapor abundance in newly formed planet-forming disks.
Aims: We aim to determine the water abundance in embedded Keplerian disks through spatially-resolved observations of H218O lines to understand the evolution of water during star and planet formation.
Methods: We present H218O line observations with ALMA and NOEMA millimeter interferometers toward five young stellar objects. NOEMA observed the 31,3-22,0 line (Eup/kB = 203.7 K) while ALMA targeted the 41,4-32,1 line (Eup/kB = 322.0 K). Water column densities were derived considering optically thin and thermalized emission. Our observations were sensitive to the emission from the known Keplerian disks around three out of the five Class I objects in the sample.
Results: No H218O emission is detected toward any of our five Class I disks. We report upper limits to the integrated line intensities. The inferred water column densities in Class I disks are NH218O < 1015 cm-2 on 100 au scales, which include both the disk and envelope. The upper limits imply a disk-averaged water abundance of ≲10-6 with respect to H2 for Class I objects. After taking the physical structure of the disk into account, the upper limit to the water abundance averaged over the inner warm disk with T > 100 K is between ~10-7 and 10-5.
Conclusions: Water vapor is not abundant in warm protostellar envelopes around Class I protostars. Upper limits to the water vapor column densities in Class I disks are at least two orders of magnitude lower than values found in Class 0 disk-like structures. 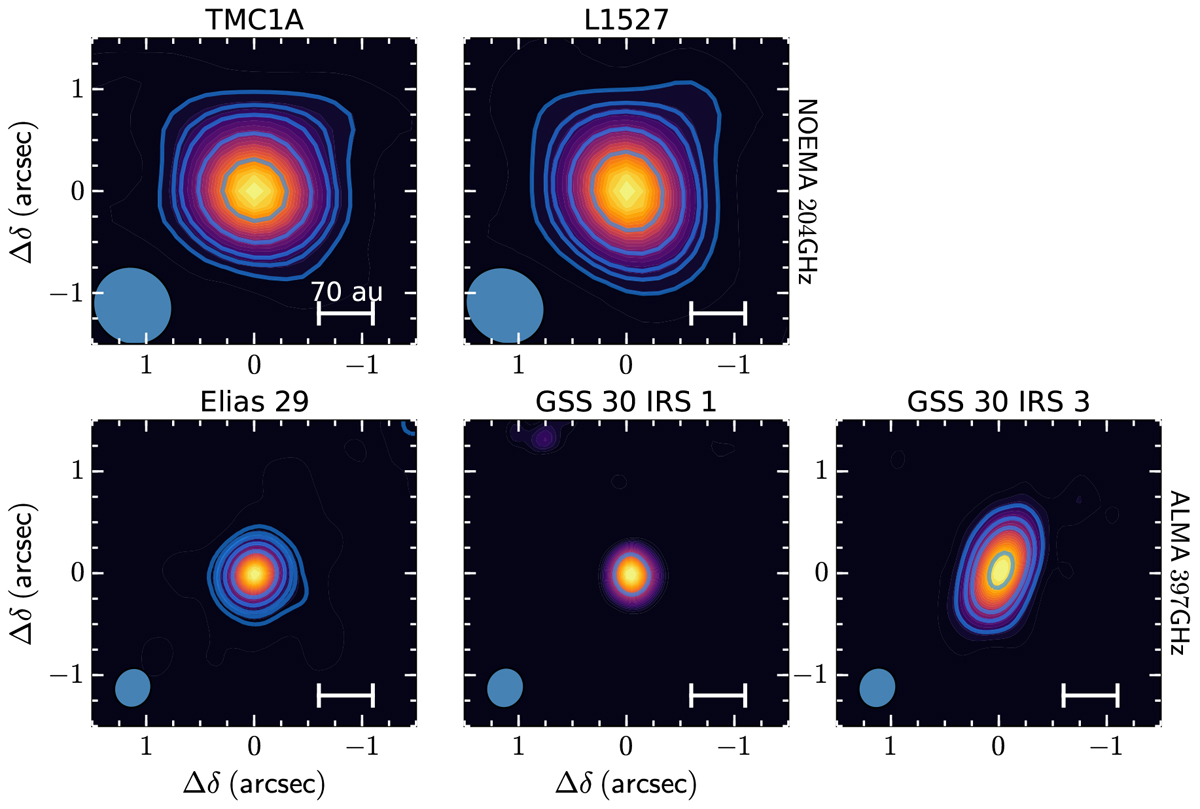