Cassiopeia A, Cygnus A, Taurus A, and Virgo A at ultra-low radio frequencies

Context. The four persistent radio sources in the northern sky with the highest flux density at metre wavelengths are Cassiopeia A, Cygnus A, Taurus A, and Virgo A; collectively they are called the A-team. Their flux densities at ultra-low frequencies (< 100 MHz) can reach several thousands of janskys, and they often contaminate observations of the low-frequency sky by interfering with image processing. Furthermore, these sources are foreground objects for all-sky observations hampering the study of faint signals, such as the cosmological 21 cm line from the epoch of reionisation.
Aims: We aim to produce robust models for the surface brightness emission as a function of frequency for the A-team sources at ultra-low frequencies. These models are needed for the calibration and imaging of wide-area surveys of the sky with low-frequency interferometers. This requires obtaining images at an angular resolution better than 15″ with a high dynamic range and good image fidelity.
Methods: We observed the A-team with the Low Frequency Array (LOFAR) at frequencies between 30 MHz and 77 MHz using the Low Band Antenna system. We reduced the datasets and obtained an image for each A-team source.
Results: The paper presents the best models to date for the sources Cassiopeia A, Cygnus A, Taurus A, and Virgo A between 30 MHz and 77 MHz. We were able to obtain the aimed resolution and dynamic range in all cases. Owing to its compactness and complexity, observations with the long baselines of the International LOFAR Telescope will be required to improve the source model for Cygnus A further. 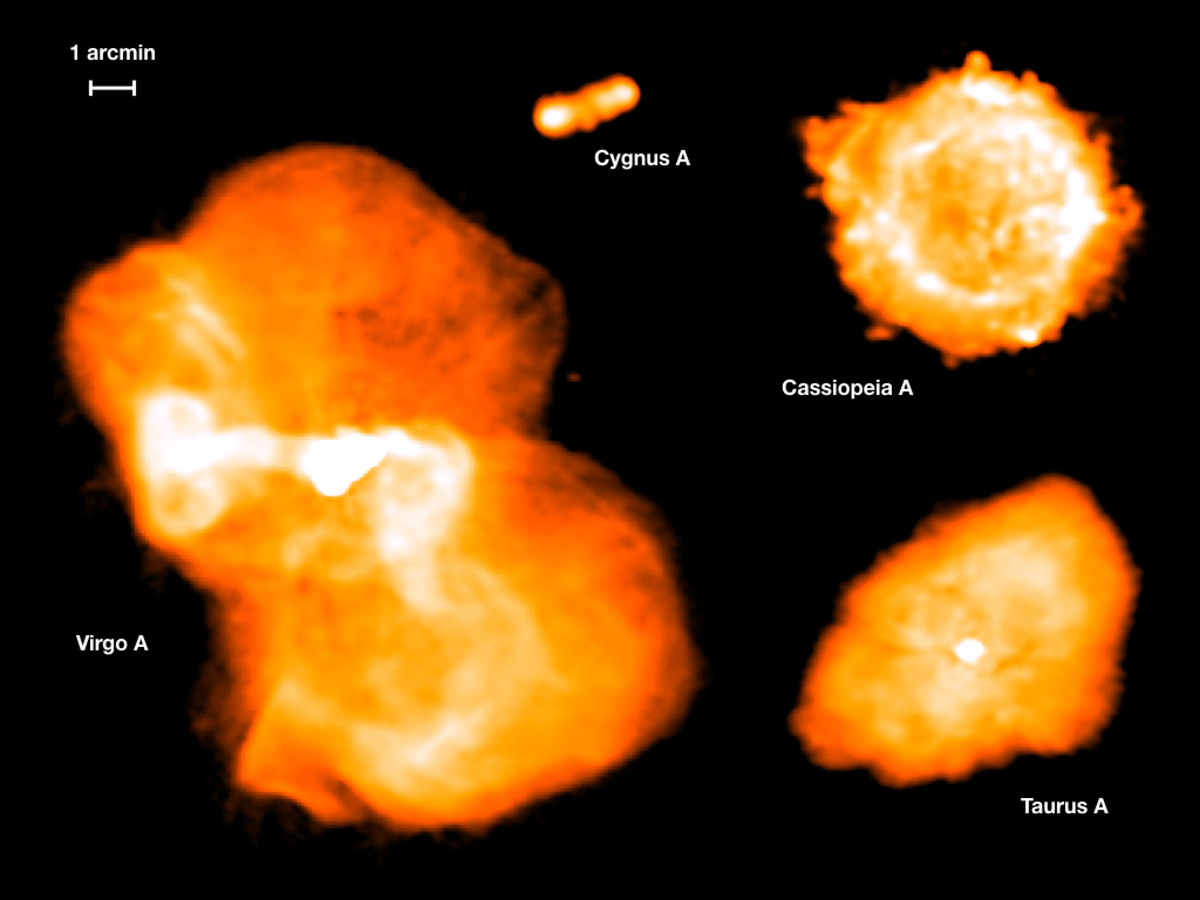