A stellar census in globular clusters with MUSE. Extending the CaT-metallicity relation below the horizontal branch and applying it to multiple populations


Aims: We use the spectra of more than 30 000 red giant branch (RGB) stars in 25 globular clusters (GC), obtained within the MUSE survey of Galactic globular clusters, to calibrate the Ca II triplet metallicity relation and derive metallicities for all individual stars. We investigate the overall metallicity distributions as well as those of the different populations within each cluster.
Methods: The Ca II triplet in the near-infrared at 8498, 8542, and 8662 Å is visible in stars with spectral types between F and M and can be used to determine their metallicities. In this work, we calibrate the relation using average cluster metallicities from literature and MUSE spectra, and extend it below the horizontal branch - a cutoff that has traditionally been made to avoid a non-linear relation - using a quadratic function. In addition to the classic relation based on V - VHB, we also present calibrations based on absolute magnitude and luminosity. The obtained relations were used to calculate metallicities for all the stars in the sample and to derive metallicity distributions for different populations within a cluster, which have been separated using so-called "chromosome maps" based on HST photometry.
Results: We show that despite the relatively low spectral resolution of MUSE (R = 1900 - 3700) we can derive single star metallicities with a mean statistical intra-cluster uncertainty of ∼0.12 dex. We present metallicity distributions for the RGB stars in 25 GCs and investigate the different metallicities of the populations P3 (and higher) in so-called metal-complex or Type II clusters, finding metallicity variations in all of them. We also detected unexpected metallicity variations in the Type I cluster and confirm the Type II status of . 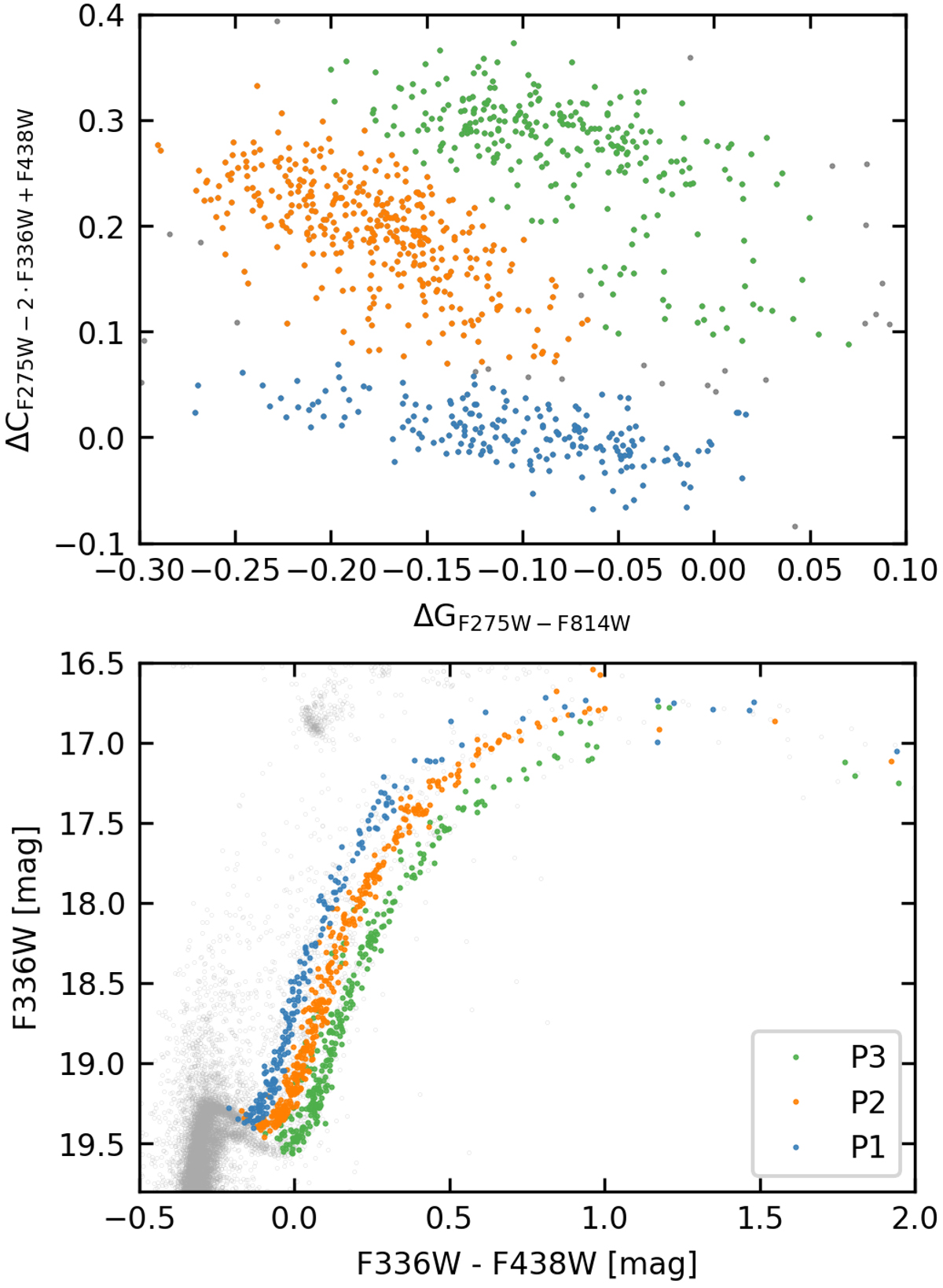