Context. Repeating fast radio bursts (FRBs) present excellent opportunities to identify FRB progenitors and host environments as well as to decipher the underlying emission mechanism. Detailed studies of repeating FRBs might also hold clues as to the origin of FRBs as a population.
Aims: We aim to detect bursts from the first two repeating FRBs, FRB 121102 (R1) and FRB 180814.J0422+73 (R2), and to characterise their repeat statistics. We also want to significantly improve the sky localisation of R2 and identify its host galaxy.
Methods: We used the Westerbork Synthesis Radio Telescope to conduct extensive follow-up of these two repeating FRBs. The new phased-array feed system, Apertif, allows one to cover the entire sky position uncertainty of R2 with fine spatial resolution in a single pointing. The data were searched for bursts around the known dispersion measures of the two sources. We characterise the energy distribution and the clustering of detected R1 bursts.
Results: We detected 30 bursts from R1. The non-Poissonian nature is clearly evident from the burst arrival times, which is consistent with earlier claims. Our measurements indicate a dispersion measure (DM) of 563.5(2) pc cm-3, suggesting a significant increase in DM over the past few years. Assuming a constant position angle across the burst, we place an upper limit of 8% on the linear polarisation fraction for the brightest burst in our sample. We did not detect any bursts from R2.
Conclusions: A single power-law might not fit the R1 burst energy distribution across the full energy range or widely separated detections. Our observations provide improved constraints on the clustering of R1 bursts. Our stringent upper limits on the linear polarisation fraction imply a significant depolarisation, either intrinsic to the emission mechanism or caused by the intervening medium at 1400 MHz, which is not observed at higher frequencies. The non-detection of any bursts from R2, despite nearly 300 h of observations, implies either a highly clustered nature of the bursts, a steep spectral index, or a combination of the two assuming that the source is still active. Another possibility is that R2 has turned off completely, either permanently or for an extended period of time. 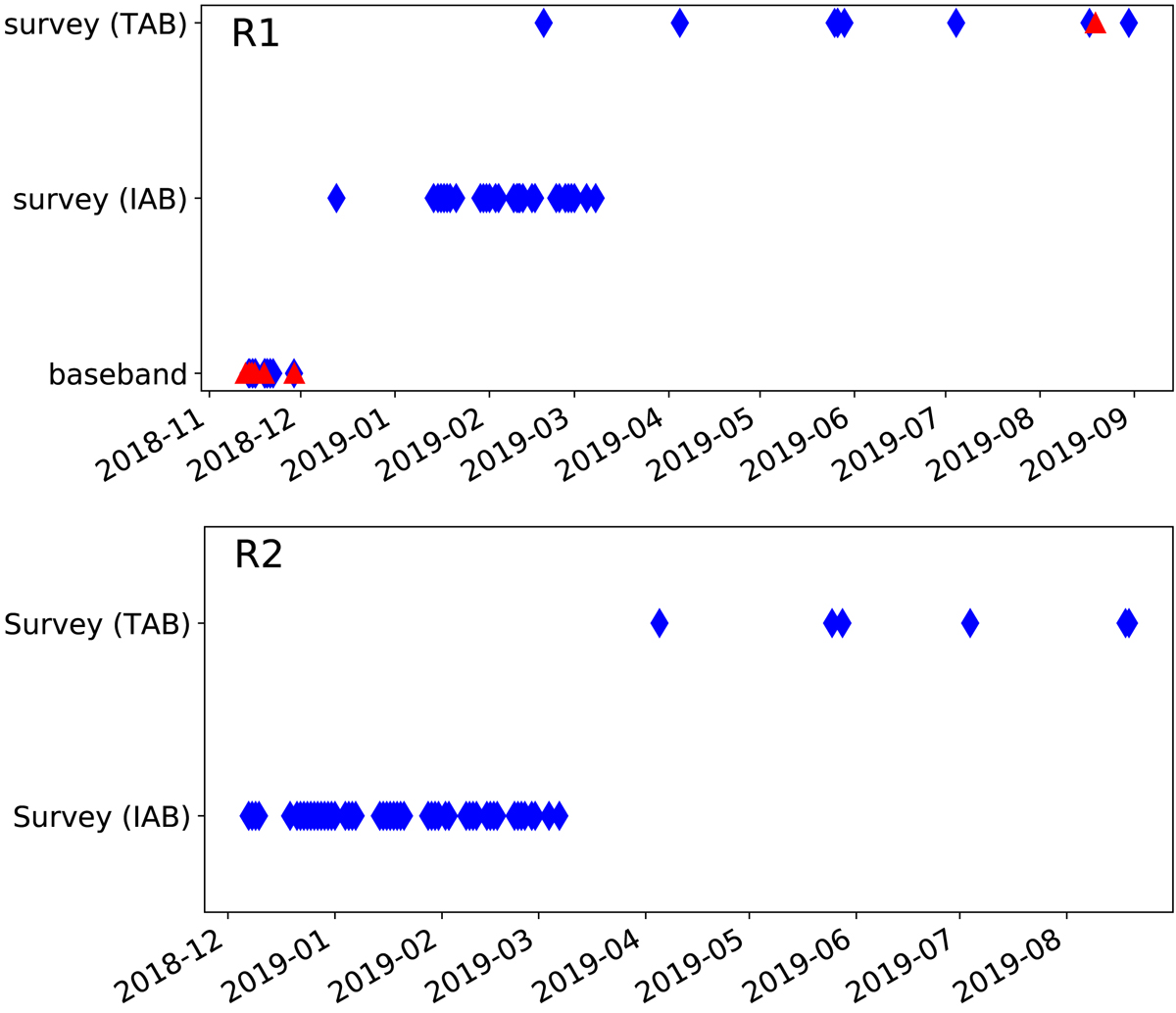