In this paper we report the results of the first ~four years of spectroscopic and photometric monitoring of the Type IIn supernova SN 2015da (also known as PSN J13522411+3941286, or iPTF16tu). The supernova exploded in the nearby spiral galaxy NGC 5337 in a relatively highly extinguished environment. The transient showed prominent narrow Balmer lines in emission at all times and a slow rise to maximum in all bands. In addition, early observations performed by amateur astronomers give a very well-constrained explosion epoch. The observables are consistent with continuous interaction between the supernova ejecta and a dense and extended H-rich circumstellar medium. The presence of such an extended and dense medium is difficult to reconcile with standard stellar evolution models, since the metallicity at the position of SN 2015da seems to be slightly subsolar. Interaction is likely the mechanism powering the light curve, as confirmed by the analysis of the pseudo bolometric light curve, which gives a total radiated energy ≳ 1051 erg. Modeling the light curve in the context of a supernova shock breakout through a dense circumstellar medium allowed us to infer the mass of the prexisting gas to be ≃ 8 M⊙, with an extreme mass-loss rate for the progenitor star ≃0.6 M⊙ yr-1, suggesting that most of the circumstellar gas was produced during multiple eruptive events. Near- and mid-infrared observations reveal a fluxexcess in these domains, similar to those observed in SN 2010jl and other interacting transients, likely due to preexisting radiatively heated dust surrounding the supernova. By modeling the infrared excess, we infer a mass ≳ 0.4 × 10-3 M⊙ for the dust.

Tables A.1-A.4 are only available at the CDS via anonymous ftp to http://cdsarc.u-strasbg.fr (ftp://130.79.128.5) or via http://cdsarc.u-strasbg.fr/viz-bin/cat/J/A+A/635/A39. Spectroscopic data and photometric tables are available through the Weizmann Interactive Supernova Data Repository (WISeREP) at the following address: https://wiserep.weizmann.ac.il/object/13868. 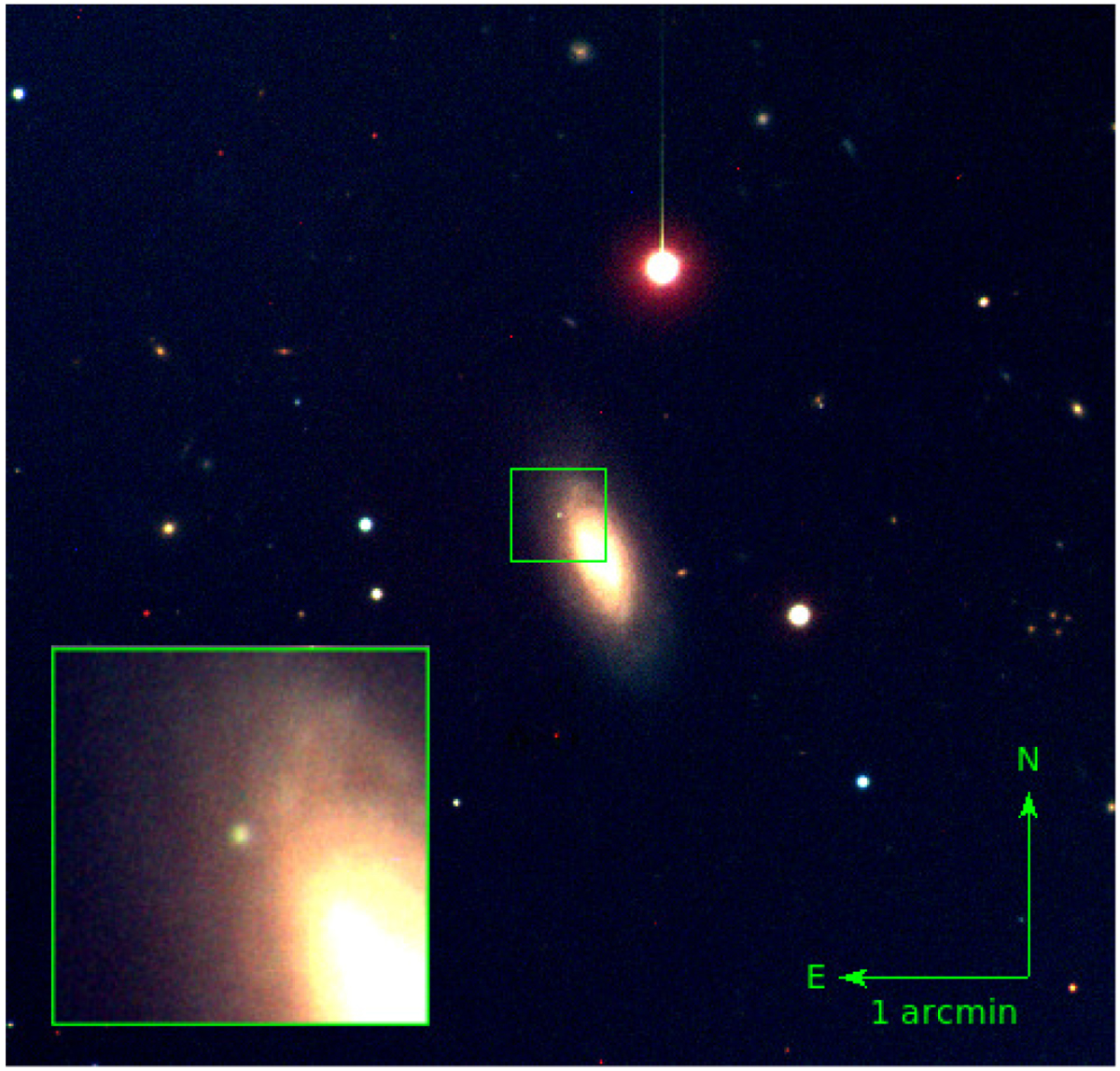