The flat spectrum radio quasar CTA 102 entered an extended period of activity from 2016 to 2017 during which several strong γ-ray flares were observed. By using Fermi large area telescope data, a detailed investigation of γ-ray spectra of CTA 102 during the flaring period was performed. In several periods, the γ-ray spectrum is not consistent with a simple power-law, having a hard photon index with an index of ∼(1.8-2.0) that shows a spectral cut-off around an observed photon energy of ∼(9-16) GeV. The internal γ-ray absorption via photon-photon pair production on the broad-line-region-reflected photons cannot account for the observed cut-off and break even if the emitting region is very close to the central source. This cut-off and break are likely due to a similar intrinsic break in the energy distribution of emitting particles. The origin of the spectral break is investigated through the multiwavelength modeling of the spectral energy distribution in considering a different location for the emitting region. The observed X-ray and γ-ray data is modeled as inverse Compton scattering of synchrotron and/or external photons on the electron population that produces the radio-to-optical emission, which allowed to constrain the power-law index and cut-off energy in the electron energy distribution. The obtained results are discussed in the context of a diffusive acceleration of electrons in the CTA 102 jet. 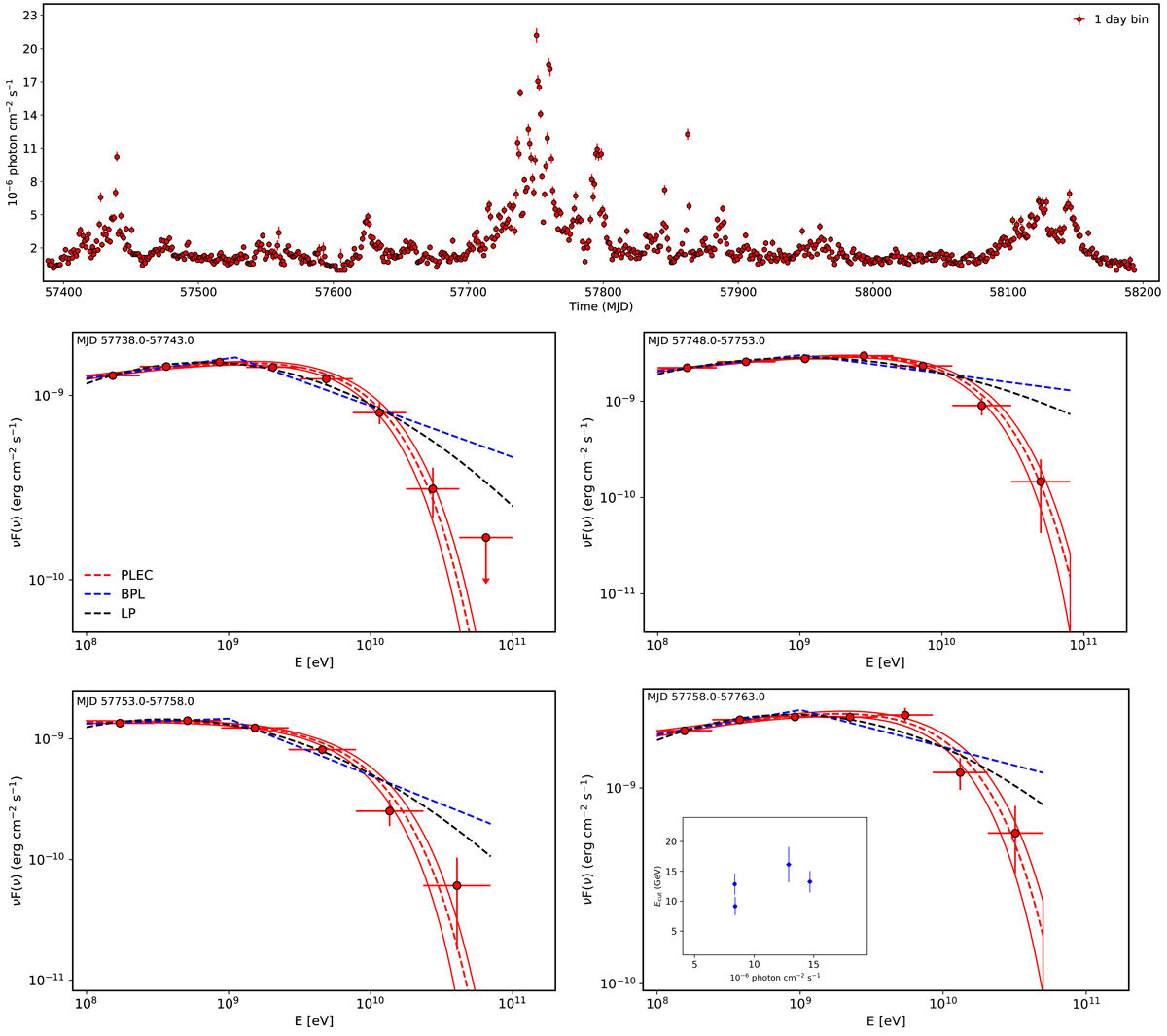