Context. Elemental abundances are of prime importance to help us reconstruct the origin and evolution of stars and galaxies in our Universe. Sulfur abundances have not been as heavily studied as other elements, so some details regarding their behaviour are still unclear.
Aims: We aim to investigate [S/Fe] ratios in stars of the solar neighbourhood in order to analyse the chemical evolution of sulfur and probe for possible differences in abundances of planet host and non-planet host stars.
Methods: We used the code MOOG to perform spectral synthesis and derive v sin i values and [S/Fe] ratios for 719 FGK stars with high-resolution (R ~ 115 000) and high-quality spectra from the HARPS-GTO programme. We found the best fit and corresponding parameter values by performing χ2 minimisation of the deviation between synthetic profiles and observational spectra.
Results: Our results reveal that sulfur behaves as a typical α-element, with low abundances in young thin disc stars and high abundances in old thick disc stars, following what was expected from our understanding of the Galactic chemical evolution (GCE). Nevertheless, further studies into the abundances of sulfur in very metal-poor stars are required as our sample only derived sulfur abundances of stars with metallicity as low as [Fe/H] = - 1.13 dex. High-α metal rich stars are more enhanced in sulfur compared to their thin disc counterparts at the same metallicity. We compare our results to GCE models from other authors in the [S/Fe] versus [Fe/H] plane. The [S/Fe]-age relationship is a good proxy for time, just as is the case with other α-elements. We report no differences in the abundances of sulfur between stars with and without planetary companions in the metallicity range [Fe/H] ≥-0.3 dex. 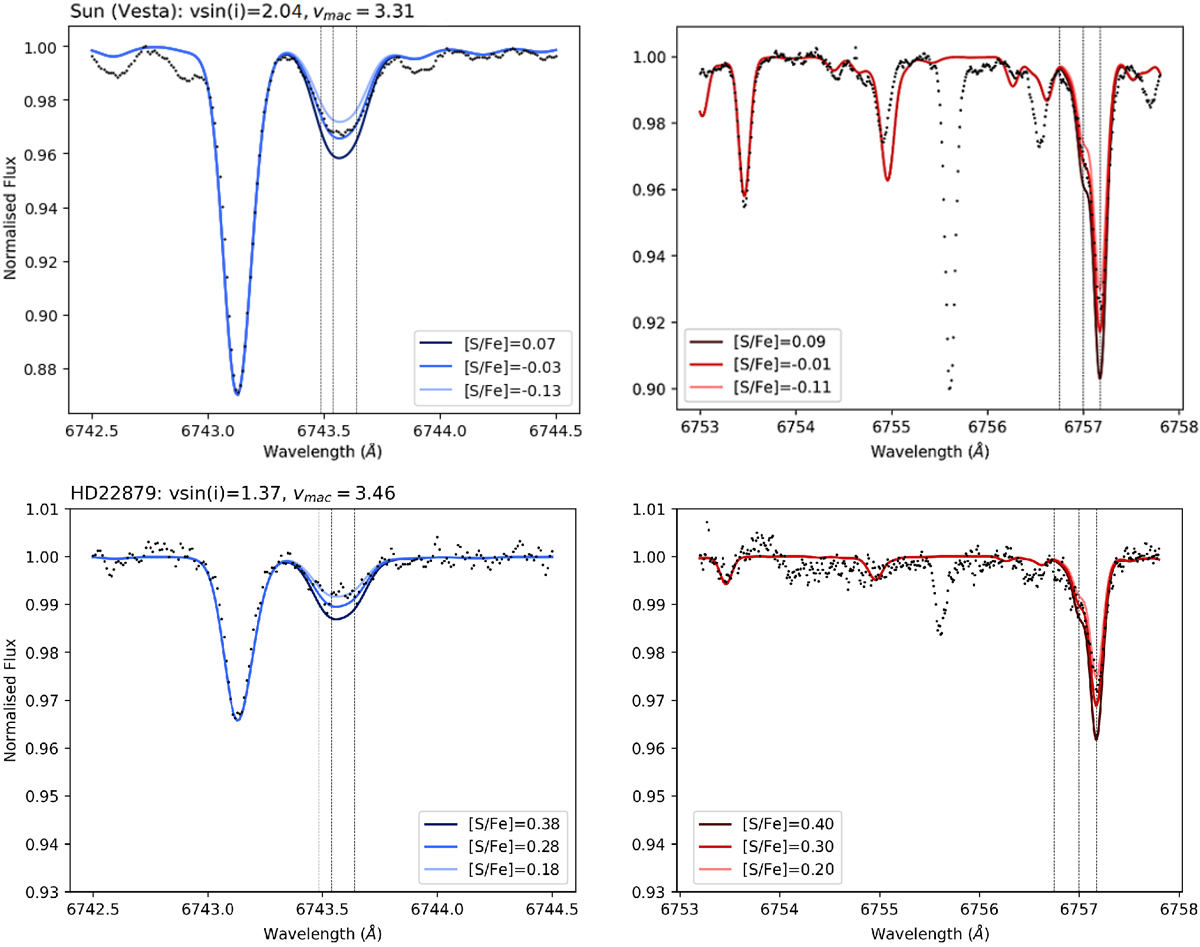