Aims: The γ-ray production mechanism and its localization in blazars are still a matter of debate. The main goal of this paper is to constrain the location of the high-energy emission in the blazar TXS 2013+370 and to study the physical and geometrical properties of the inner jet region on sub-pc scales.
Methods: TXS 2013+370 was monitored during 2002-2013 with VLBI at 15, 22, 43, and 86 GHz, which allowed us to image the jet base with an angular resolution of ≥0.4 pc. By employing CLEAN imaging and Gaussian model-fitting, we performed a thorough kinematic analysis at multiple frequencies, which provided estimates of the jet speed, orientation, and component ejection times. Additionally, we studied the jet expansion profile and used the information on the jet geometry to estimate the location of the jet apex. VLBI data were combined with single-dish measurements to search for correlated activity between the radio, mm, and γ-ray emission. For this purpose, we employed a cross-correlation analysis, supported by several significance tests.
Results: The high-resolution VLBI imaging revealed the existence of a spatially bent jet, described by co-existing moving emission features and stationary features. New jet features, labeled as A1, N, and N1, are observed to emerge from the core, accompanied by flaring activity in radio/mm- bands and γ-rays. The analysis of the transverse jet width profile constrains the location of the mm core to lie ≤2 pc downstream of the jet apex, and also reveals the existence of a transition from parabolic to conical jet expansion at a distance of ∼54 pc from the core, corresponding to ∼1.5 × 106 Schwarzschild radii. The cross-correlation analysis of the broad-band variability reveals a strong correlation between the radio-mm and γ-ray data, with the 1 mm emission lagging ∼49 days behind the γ-rays. Based on this, we infer that the high energy emission is produced at a distance of the order of ∼1 pc from the jet apex, suggesting that the seed photon fields for the external Compton mechanism originate either in the dusty torus or in the broad-line region. 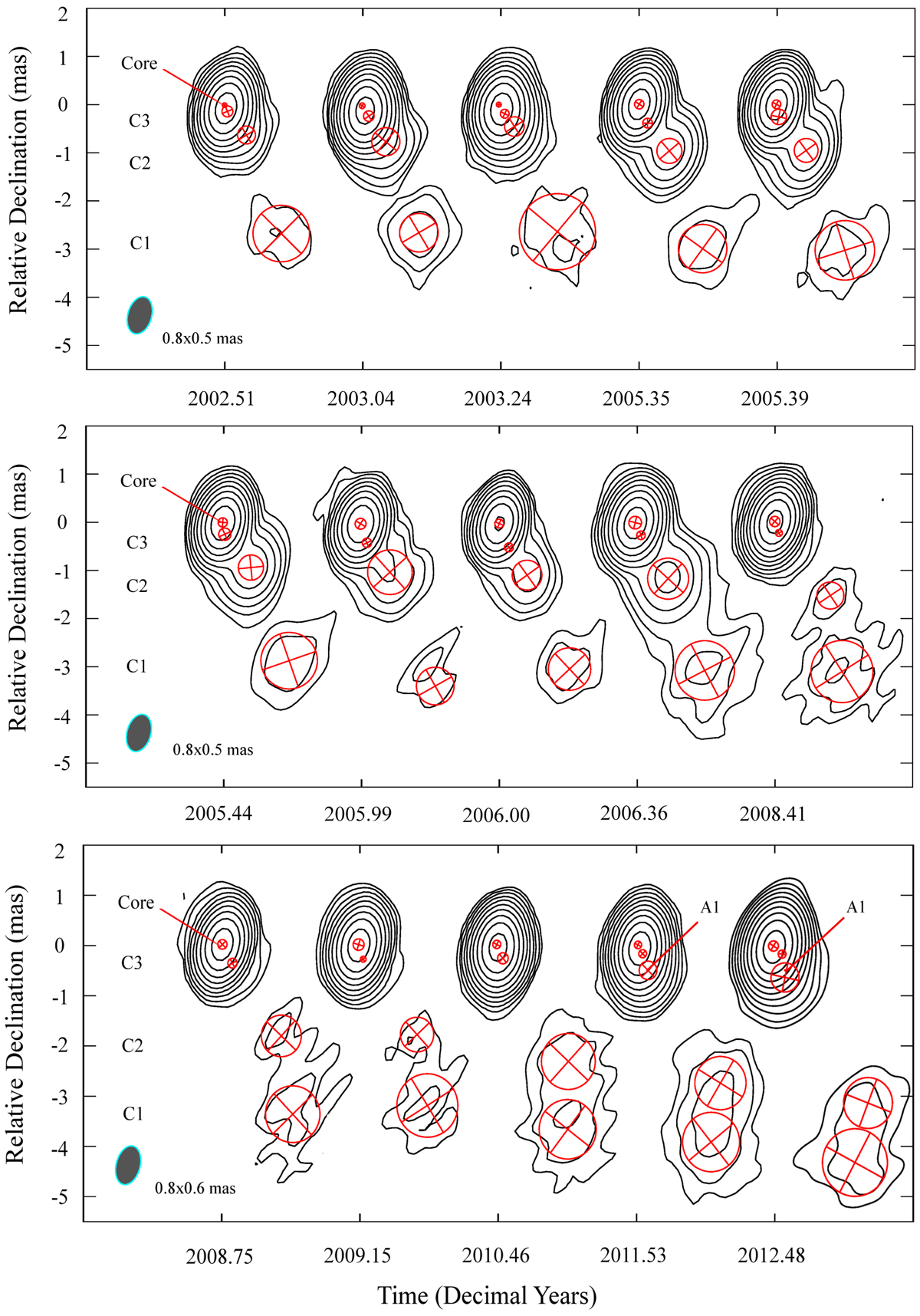