The masses and radii of exoplanets are fundamental quantities needed for their characterisation. Studying the different populations of exoplanets is important for understanding the demographics of the different planetary types, which can then be linked to planetary formation and evolution. We present an updated exoplanet catalogue based on reliable, robust, and, as much as possible accurate mass and radius measurements of transiting planets up to 120 M⊕. The resulting mass-radius (M-R) diagram shows two distinct populations, corresponding to rocky and volatile-rich exoplanets which overlap in both mass and radius. The rocky exoplanet population shows a relatively small density variability and ends at mass of ~25 M⊕, possibly indicating the maximum core mass that can be formed. We use the composition line of pure water to separate the two populations, and infer two new empirical M-R relations based on this data: M = (0.9 ± 0.06) R(3.45±0.12) for the rocky population, and M = (1.74 ± 0.38) R(1.58±0.10) for the volatile-rich population. While our results for the two regimes are in agreement with previous studies, the new M-R relations better match the population in the transition region from rocky to volatile-rich exoplanets, which correspond to a mass range of 5-25 M⊕, and a radius range of 2-3 R⊕. 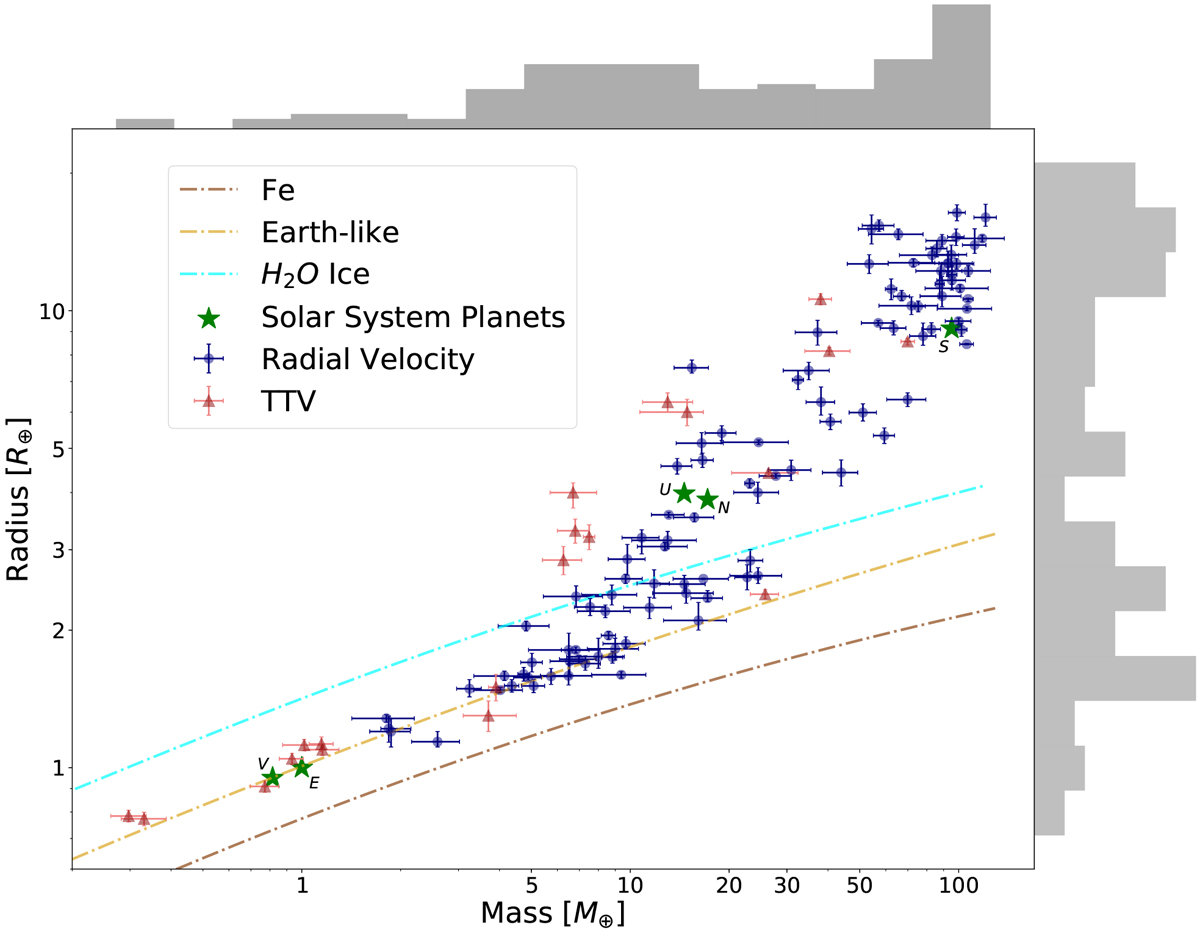