Aims: Our aim was to directly detect the thermal emission of the putative exoring system responsible for the complex deep transits observed in the light curve for the young Sco-Cen star 1SWASP J140747.93-394542.6 (V1400 Cen, hereafter J1407), confirming it as the occulter seen in May 2007, and to determine its orbital parameters with respect to the star.
Methods: We used the Atacama Large Millimeter/submillimeter Array (ALMA) to observe the field centred on J1407 in the 340 GHz (Band 7) continuum in order to determine the flux and astrometric location of the ring system relative to the star. We used the VLT/NACO camera to observe the J1407 system in March 2019 and to search for the central planetary mass object at thermal infrared wavelengths.
Results: We detect no point source at the expected location of J1407, and derive an upper limit 3σ level of 57.6 μJy. There is a point source detected at an angular separation consistent with the expected location for a free-floating ring system that occulted J1407 in May 2007, with a flux of 89 μJy consistent with optically thin dust surrounding a massive substellar companion. At 3.8 μm with the NACO camera, we detect the star J1407 but no other additional point sources within 1.3 arcsec of the star, with a lower bound on the sensitivity of 6 MJup at the location of the ALMA source, and down to 4 MJup in the sky background limit.
Conclusions: The ALMA upper limit at the location of J1407 implies that a hypothesised bound ring system is composed of dust smaller than 1 mm in size, implying a young ring structure. The detected ALMA source has multiple interpretations, including: (i) it is an unbound substellar object surrounded by warm dust in Sco-Cen with an upper mass limit of 6 MJup, or (ii) it is a background galaxy. 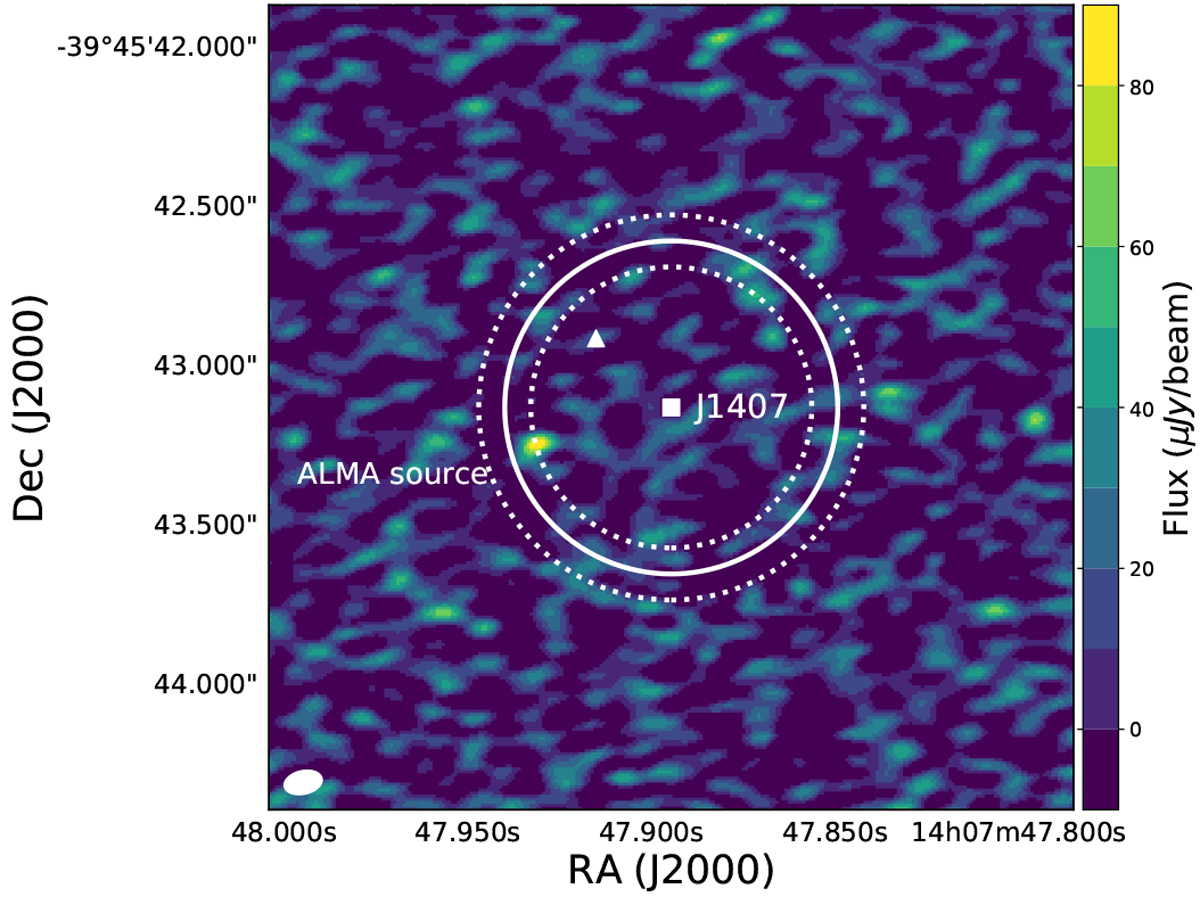