Context. Near-IR polarimetric images of protoplanetary disks enable us to characterize substructures that might be due to the interaction with (forming) planets. The available census is strongly biased toward massive disks around old stars, however.
Aims: The DARTTS program aims at alleviating this bias by imaging a large number of T Tauri stars with diverse properties.
Methods: DARTTS-S employs VLT/SPHERE to image the polarized scattered light from disks. In parallel, DARTTS-A provides ALMA images of the same targets for a comparison of different dust components. In this work, we present new SPHERE images of 21 circumstellar disks, which is the largest sample released to date. We also recalculated some relevant stellar and disk properties following Gaia DR2.
Results: The targets of this work are significantly younger than those published thus far with polarimetric near-IR (NIR) imaging. Scattered light is unambiguously resolved in 11 targets, and some polarized unresolved signal is detected in 3 additional sources. Some disk substructures are detected. However, the paucity of spirals and shadows from this sample reinforces the trend according to which these NIR features are associated with Herbig stars, either because they are older or more massive. Furthermore, disk rings that are apparent in ALMA observations of some targets do not appear to have corresponding detections with SPHERE. Inner cavities larger than ~15 au are also absent from our images, even though they are expected from the spectral energy distribution. On the other hand, 3 objects show extended filaments at larger scale that are indicative of strong interaction with the surrounding medium. All but one of the undetected disks are best explained by their limited size (≲20 au), and the high occurrence of stellar companions in these sources suggests an important role in limiting the disk size. One undetected disk is massive and very large at millimeter wavelengths, implying that it is self-shadowed in the NIR.
Conclusions: This work paves the way toward a more complete and less biased sample of scattered-light observations, which is required to interpret how disk features evolve throughout the disk lifetime. 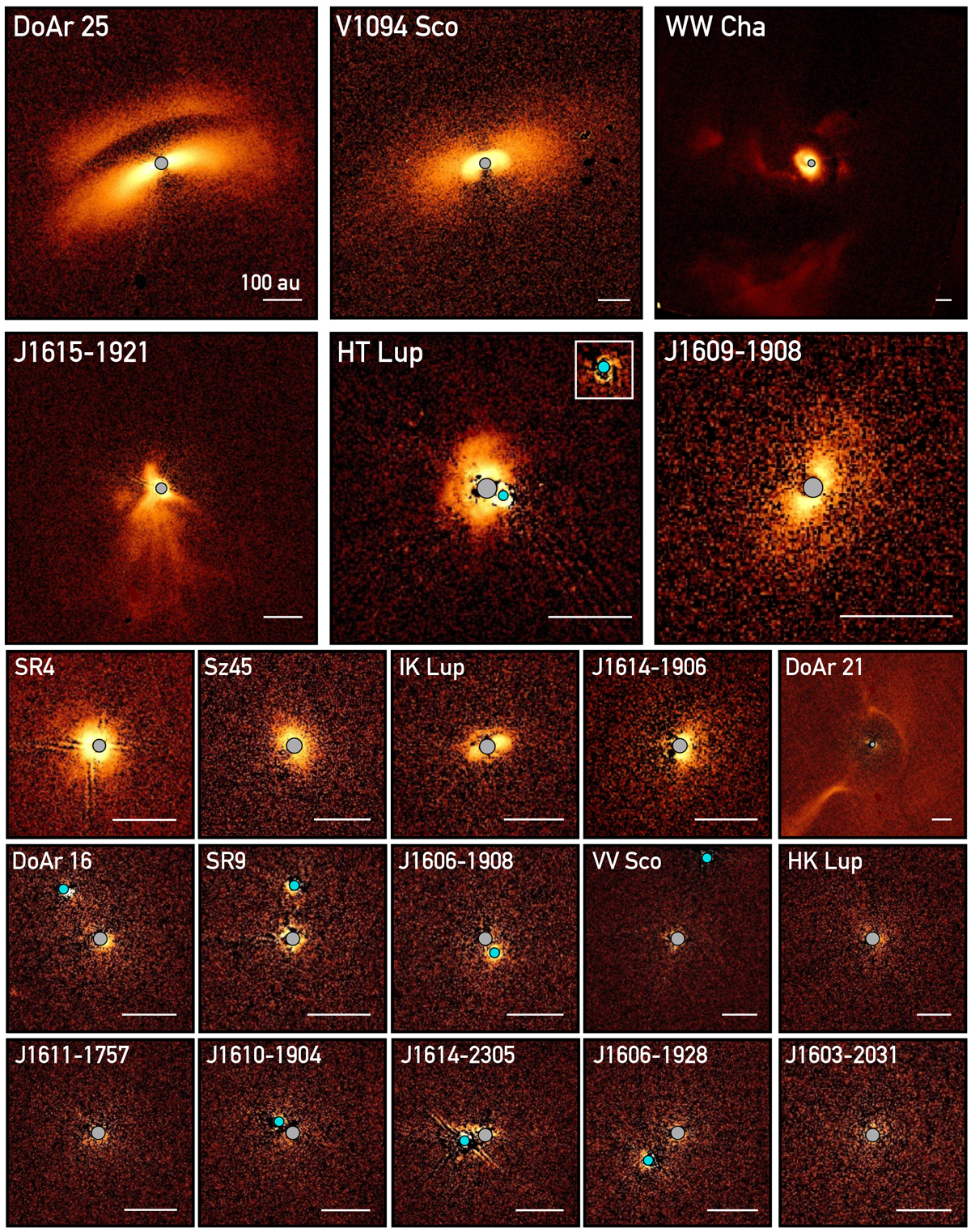