NGC 6240: A triple nucleus system in the advanced or final state of merging


Aims: NGC 6240 is a well-studied nearby galaxy system in the process of merging. Based on optical, X-ray, and radio observations, it is thought to harbor two active nuclei. We carried out a detailed optical 3D spectroscopic study to investigate the inner region of this system in connection with existing MERLIN and VLBA data.
Methods: We observed NGC 6240 with very high spatial resolution using the MUSE instrument in the Narrow-Field Mode with the four-laser GALACSI adaptive optics system on the ESO VLT under seeing conditions of 0″.49. Our 3D spectra cover the wavelength range from 4725 to 9350 Å at a spatial resolution of ∼75 mas.
Results: We report the discovery of three nuclei in the final state of merging within a region of only 1 kpc in the NGC 6240 system. Thanks to MUSE we are able to show that the formerly unresolved southern component actually consists of two distinct nuclei separated by only 198 pc. In combination with Gaia data we reach an absolute positional accuracy of only 30 mas that is essential to compare optical spectra with MERLIN and VLBA radio positions.
Conclusions: The verification and detailed study of a system with three nuclei, two of which are active and each with a mass in excess of 9 × 107 M⊙, is of great importance for the understanding of hierarchical galaxy formation via merging processes since multiple mergers lead to a faster evolution of massive galaxies in comparison to binary mergers. So far it has been suggested that the formation of galactic nuclei with multiple supermassive black holes (SMBHs) is expected to be rare in the local universe. Triple massive black hole systems might be of fundamental importance for the coalescence of massive black hole binaries in less than a Hubble time leading to the loudest sources of gravitational waves in the millihertz regime. 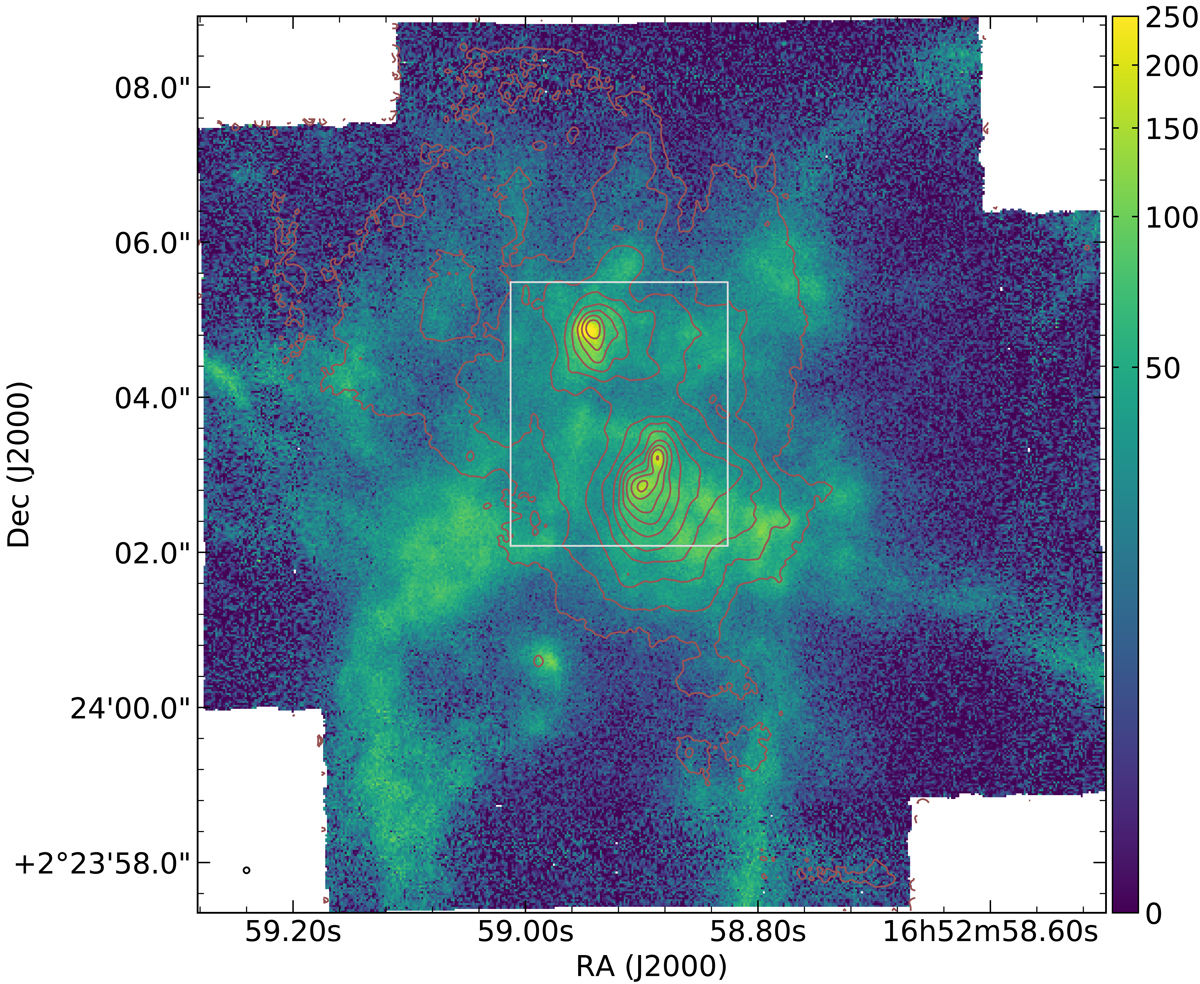