Context. Magnetic bright points (MBPs) are dynamic, small-scale magnetic elements often found with field strengths of the order of a kilogauss within intergranular lanes in the photosphere.
Aims: Here we study the evolution of various physical properties inferred from inverting high-resolution full Stokes spectropolarimetry data obtained from ground-based observations of the quiet Sun at disc centre.
Methods: Using automated feature-tracking algorithms, we studied 300 MBPs and analysed their temporal evolution as they evolved to kilogauss field strengths. These properties were inferred using both the NICOLE and SIR Stokes inversion codes. We employ similar techniques to study radiative magnetohydrodynamical simulations for comparison with our observations.
Results: Evidence was found for fast (∼30-100 s) amplification of magnetic field strength (by a factor of 2 on average) in MBPs during their evolution in our observations. Similar evidence for the amplification of fields is seen in our simulated data.
Conclusions: Several reasons for the amplifications were established, namely, strong downflows preceding the amplification (convective collapse), compression due to granular expansion and mergers with neighbouring MBPs. Similar amplification of the fields and interpretations were found in our simulations, as well as amplification due to vorticity. Such a fast amplification will have implications for a wide array of topics related to small-scale fields in the lower atmosphere, particularly with regard to propagating wave phenomena in MBPs. 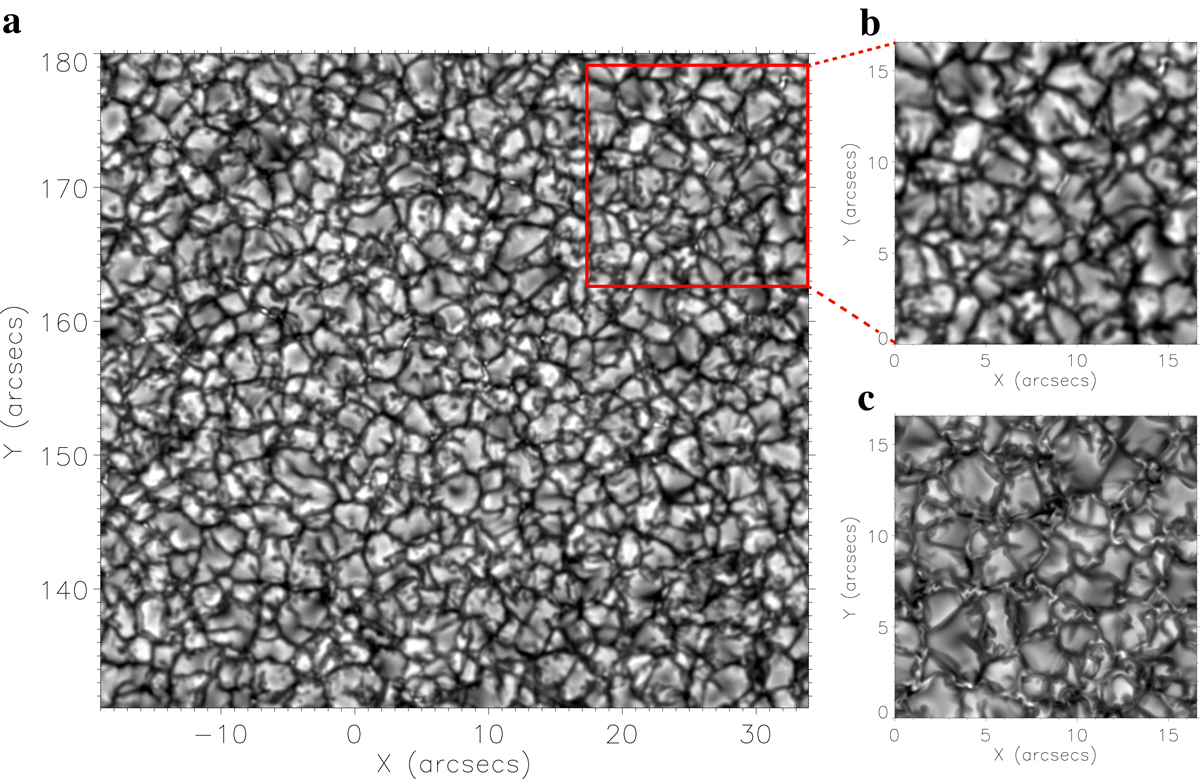