Context. Observations of arc-like structures and luminosity bursts of stars >1 Myr in age indicate that at least some stars undergo late infall events.
Aims: We investigate scenarios of replenishing the mass reservoir around a star via capturing and infalling events of cloudlets.
Methods: We carried out a total of 24 three-dimensional hydrodynamical simulations of cloudlet encounters with a Herbig star of mass 2.5 M☉ using the moving-mesh code AREPO. To account for the two possibilities of a star or a cloudlet traveling through the interstellar medium (ISM), we put either the star or the cloudlet at rest with respect to the background gas.
Results: For absent cooling in the adiabatic runs, almost none of the cloudlet gas is captured as a result of high thermal pressure. However, second-generation disks easily form when accounting for cooling of the gas. The disk radii range from several 100 to 1000 au and associated arc-like structures up to 104 au in length form around the star for runs with and without stellar irradiation. Consistent with angular momentum conservation, the arcs and disks are larger for larger impact parameters. Accounting for turbulence in the cloudlet only mildly changes the model outcome. In the case of the star being at rest with the background gas, the disk formation and mass replenishment process is more pronounced and the associated arc-shaped streamers are longer lived.
Conclusions: The results of our models confirm that late encounter events lead to the formation of transitional disks associated with arc-shaped structures such as observed for AB Aurigae or HD 100546. In addition, we find that second-generation disks and their associated filamentary arms are longer lived (>105 yr) in infall events, when the star is at rest with the background gas. 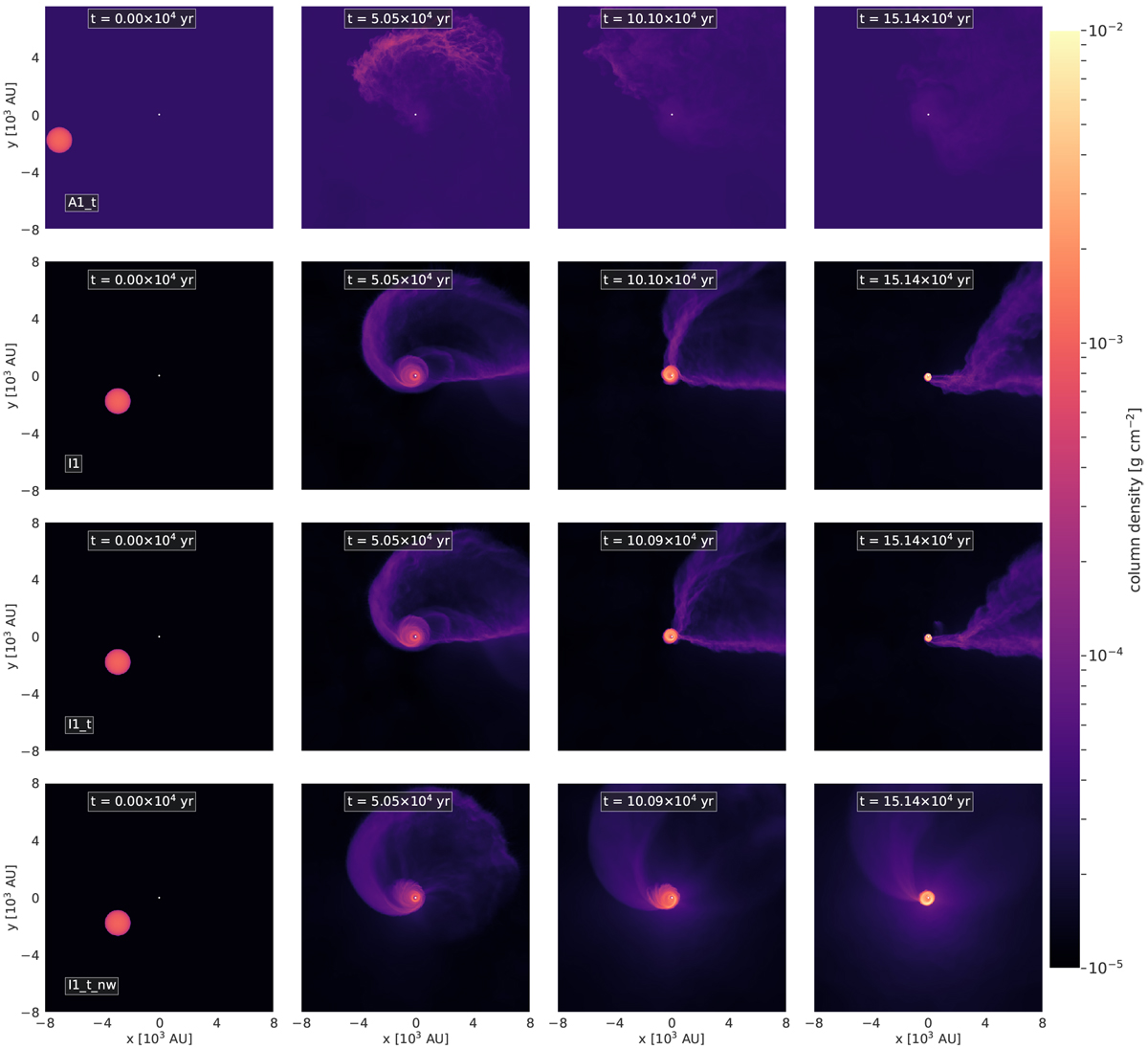