TESS Photometric Mapping of a Terrestrial Planet in the Habitable Zone: Detection of Clouds, Oceans, and Continents

To date, a handful of exoplanets have been photometrically mapped using phase-modulated reflection or emission from their surfaces, but the small amplitudes of such signals have limited previous maps almost exclusively to coarse dipolar features on hot giant planets. In this work, we uncover a signal using recently released data from the Transiting Exoplanet Survey Satellite (TESS), which we show corresponds to time-variable reflection from a terrestrial planet with a rotation period of 0.9972696 days. Using a spherical harmonic-based reflection model developed as an extension of the STARRY package, we are able to reconstruct the surface features of this rocky world. We recover a time-variable albedo map of the planet including persistent regions which we interpret as oceans and cloud banks indicative of continental features. We argue that this planet represents the most promising detection of a habitable world to date, although the potential intelligence of any life on it is yet to be determined. 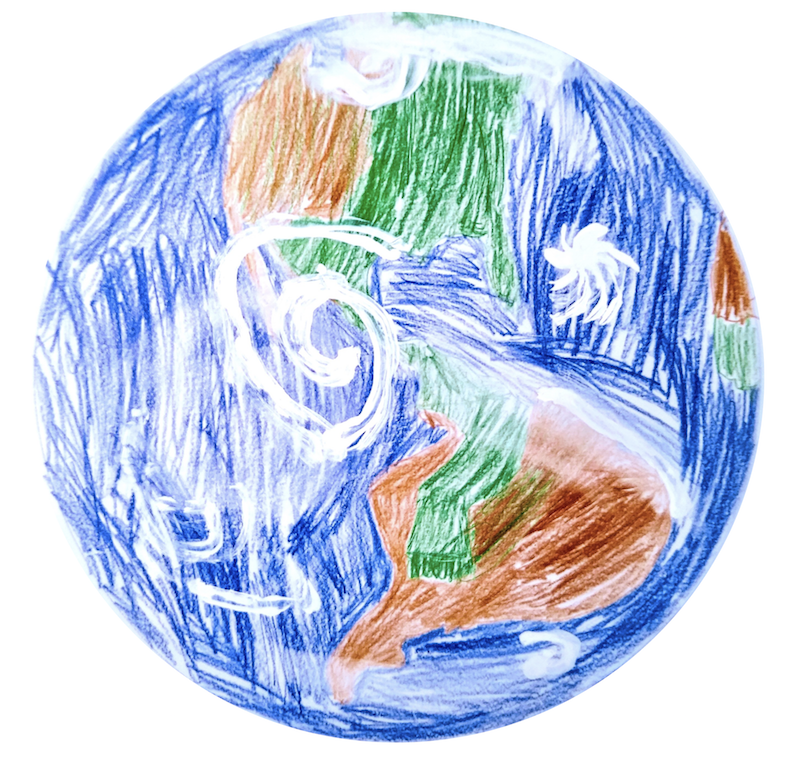