We use the age-metallicity distribution of 96 Galactic globular clusters (GCs) to infer the formation and assembly history of the Milky Way (MW), culminating in the reconstruction of its merger tree. Based on a quantitative comparison of the Galactic GC population to the 25 cosmological zoom-in simulations of MW-mass galaxies in the E-MOSAICS project, which self-consistently model the formation and evolution of GC populations in a cosmological context, we find that the MW assembled quickly for its mass, reaching {25, 50} per cent of its present-day halo mass already at z = {3, 1.5} and half of its present-day stellar mass at z = 1.2. We reconstruct the MW's merger tree from its GC age-metallicity distribution, inferring the number of mergers as a function of mass ratio and redshift. These statistics place the MW's assembly rate among the 72th-94th percentile of the E-MOSAICS galaxies, whereas its integrated properties (e.g. number of mergers, halo concentration) match the median of the simulations. We conclude that the MW has experienced no major mergers (mass ratios >1:4) since z ∼ 4, sharpening previous limits of z ∼ 2. We identify three massive satellite progenitors and constrain their mass growth and enrichment histories. Two are proposed to correspond to Sagittarius (a few 108 M⊙) and the GCs formerly associated with Canis Major (∼ 10^9 M_⊙). The third satellite has no known associated relic and was likely accreted between z = 0.6 and 1.3. We name this enigmatic galaxy Kraken and propose that it is the most massive satellite (M_*∼ 2× 10^9 M_⊙) ever accreted by the MW. We predict that ∼40 per cent of the Galactic GCs formed ex situ (in galaxies with masses M* = 2 × 107-2× 10^9 M_⊙), with 6 ± 1 being former nuclear clusters. 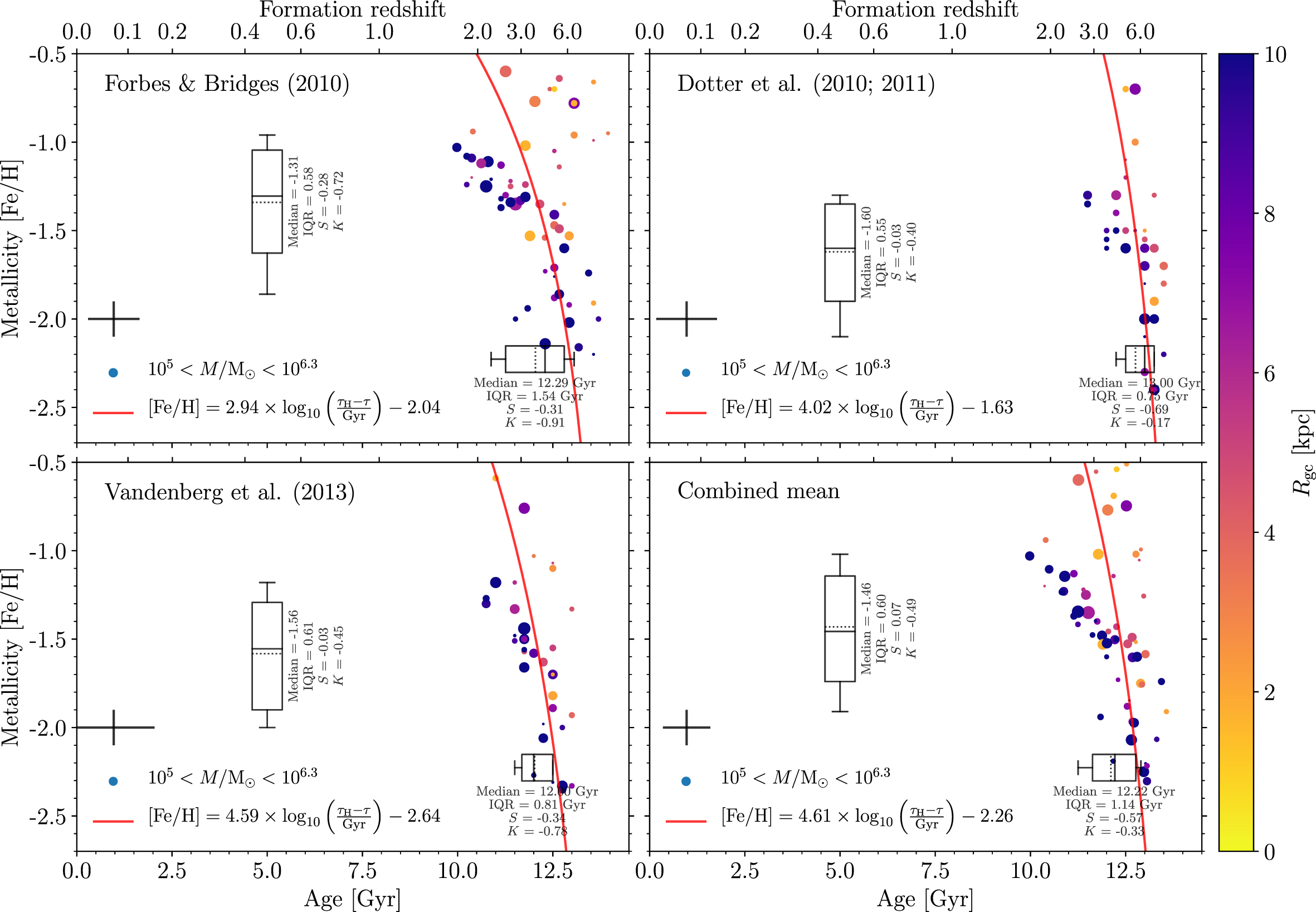