The Large Synoptic Survey Telescope (LSST) will provide for unbiased sampling of variability properties of objects with r magnitude < 24. This should allow for those objects whose variations reveal their orbital periods (Porb), such as low mass X-ray binaries (LMXBs) and related objects, to be examined in much greater detail and with systematic sampling. However, the baseline LSST observing strategy has temporal sampling that is not optimized for such work in the Galaxy. Here, we assess four candidate observing strategies for measurement of Porb in the range 10 min to 50 d. We simulate multifilter quiescent LMXB light curves including ellipsoidal modulation and stochastic flaring, and then sample these using LSST's operations simulator (OpSim) over the (mag, Porb) parameter space, and over five sight-lines sampling a range of possible reddening values. The percentage of simulated parameter space with correctly returned periods ranges from ∼ 23 per cent, for the current baseline strategy, to ∼ 70 per cent for the two simulated strategies without reduced Galactic sampling. Convolving these results with a Porb distribution, a modelled Galactic spatial distribution and reddening maps, we conservatively estimate that the most recent version of the LSST baseline strategy (baseline2018a) will allow Porb determination for ∼ 18 per cent of the Milky Way's LMXB population, whereas strategies that do not reduce observations of the Galactic Plane can improve this dramatically to ∼ 32 per cent. This increase would allow characterization of the full binary population by breaking degeneracies between suggested Porb distributions in the literature. Our results can be used in the ongoing assessment of the effectiveness of various potential cadencing strategies. 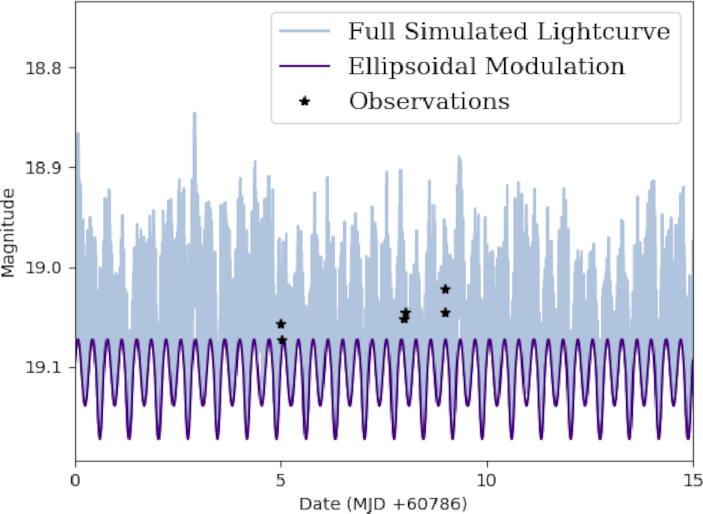