The neutral hydrogen properties of galaxies in gas-rich groups

We present an analysis of the integrated neutral hydrogen (H I) properties for 27 galaxies within nine low-mass, gas-rich, late-type dominated groups which we denote `Choirs'. We find that majority of the central Choir galaxies have average H I content: they have a normal gas-mass fraction with respect to isolated galaxies of the same stellar mass. In contrast, we find more satellite galaxies with a lower gas-mass fraction than isolated galaxies of the same stellar mass. A likely reason for the lower gas content in these galaxies is tidal stripping. Both the specific star formation rate and the star formation efficiency of the central group galaxies are similar to galaxies in isolation. The Choir satellite galaxies have similar specific star formation rate as galaxies in isolation, therefore satellites that exhibit a higher star formation efficiency simply owe it to their lower gas-mass fractions. We find that the most H I massive galaxies have the largest H I discs and fall neatly on to the H I size-mass relation, while outliers are galaxies that are experiencing interactions. We find that high specific angular momentum could be a reason for galaxies to retain the large fraction of H I gas in their discs. This shows that for the Choir groups with no evidence of interactions, as well as those with traces of minor mergers, the internal galaxy properties dominate over the effects of residing in a group. The probed galaxy properties strengthen evidence that the Choir groups represent the early stages of group assembly. 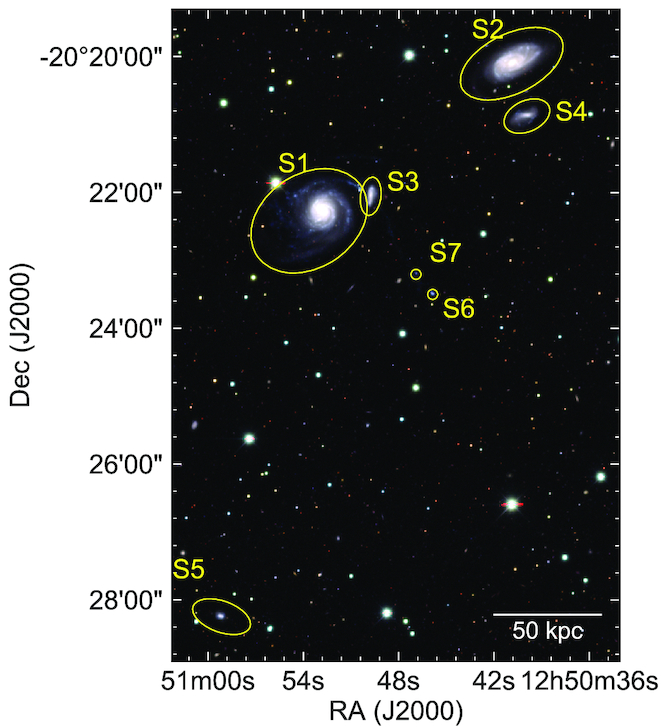