Jellyfish galaxies with the IllustrisTNG simulations - I. Gas-stripping phenomena in the full cosmological context

We use the IllustrisTNG simulations to study the demographics and properties of jellyfish galaxies in the full cosmological context. By jellyfish galaxies, we mean satellites orbiting in massive groups and clusters that exhibit highly asymmetric distributions of gas and gas tails. In particular, we select TNG100 galaxies at low redshifts (z ≤ 0.6) with stellar mass exceeding 10^{9.5} M_{⊙} and with host halo masses in the range 10^{13} ≤ M_200c/ M_{⊙}≤ 10^{14.6}. Among more than about 6000 (2600) galaxies with stars (and some gas), we identify 800 jellyfish galaxies by visually inspecting their gas and stellar mass maps in random projections. Namely, about 31 per cent of cluster satellites are found with signatures of ram-pressure stripping and gaseous tails stemming from their main luminous bodies. This is a lower limit: the random orientation entails a loss of about 30 per cent of galaxies that in an optimal projection would otherwise be identified as jellyfish. Furthermore, jellyfish galaxies are more frequent at intermediate and large cluster-centric distances (r/R200c ≳ 0.25), in more massive hosts and at smaller satellite masses, and they typically orbit supersonically. The gaseous tails usually extend in opposite directions to the galaxy trajectory, with no relation between tail orientation and position of the host's centre. Finally, jellyfish galaxies are late infallers (<2.5-3 Gyr ago, at z = 0) and the emergence of gaseous tails correlates well with the presence of bow shocks in the intracluster medium. 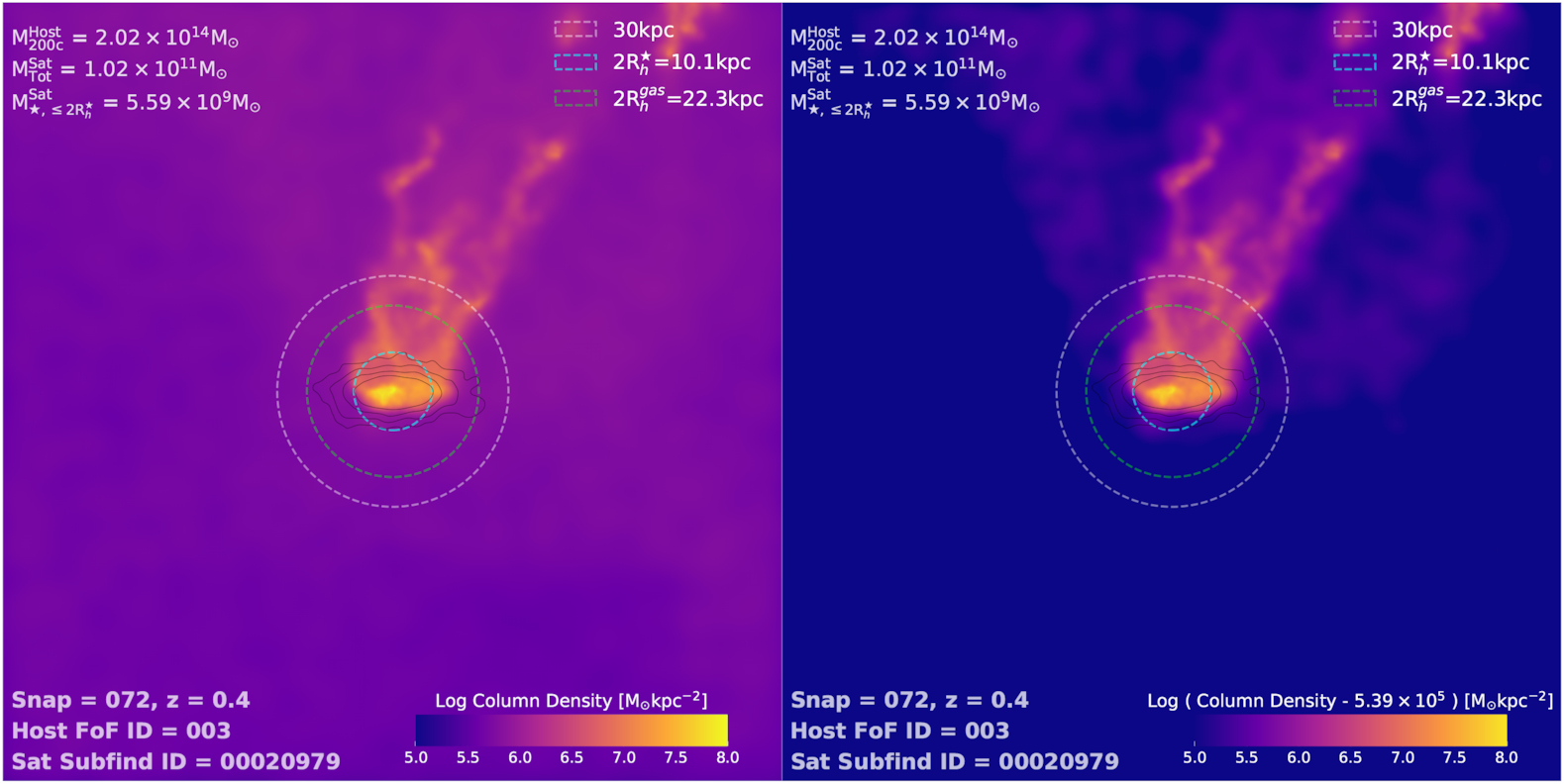