NU Ori is a massive spectroscopic and visual binary in the Orion Nebula Cluster, with four components: Aa, Ab, B, and C. The B0.5 primary (Aa) is one of the most massive B-type stars reported to host a magnetic field. We report the detection of a spectroscopic contribution from the C component in high-resolution ESPaDOnS spectra, which is also detected in a Very Large Telescope Interferometer data set. Radial velocity (RV) measurements of the inner binary (designated Aab) yield an orbital period of 14.3027(7) d. The orbit of the third component (designated C) was constrained using both RVs and interferometry. We find C to be on a mildly eccentric 476(1) d orbit. Thanks to spectral disentangling of mean line profiles obtained via least-squares deconvolution, we show that the Zeeman Stokes V signature is clearly associated with C, rather than Aa as previously assumed. The physical parameters of the stars were constrained using both orbital and evolutionary models, yielding MAa = 14.9 ± 0.5 M⊙, MAb = 3.9 ± 0.7 M⊙, and MC = 7.8 ± 0.7 M⊙. The rotational period obtained from longitudinal magnetic field <Bz> measurements is Prot = 1.09468(7) d, consistent with previous results. Modelling of <Bz> indicates a surface dipole magnetic field strength of ∼8 kG. NU Ori C has a magnetic field strength, rotational velocity, and luminosity similar to many other stars exhibiting magnetospheric Hα emission, and we find marginal evidence of emission at the expected level (∼1 per cent of the continuum). 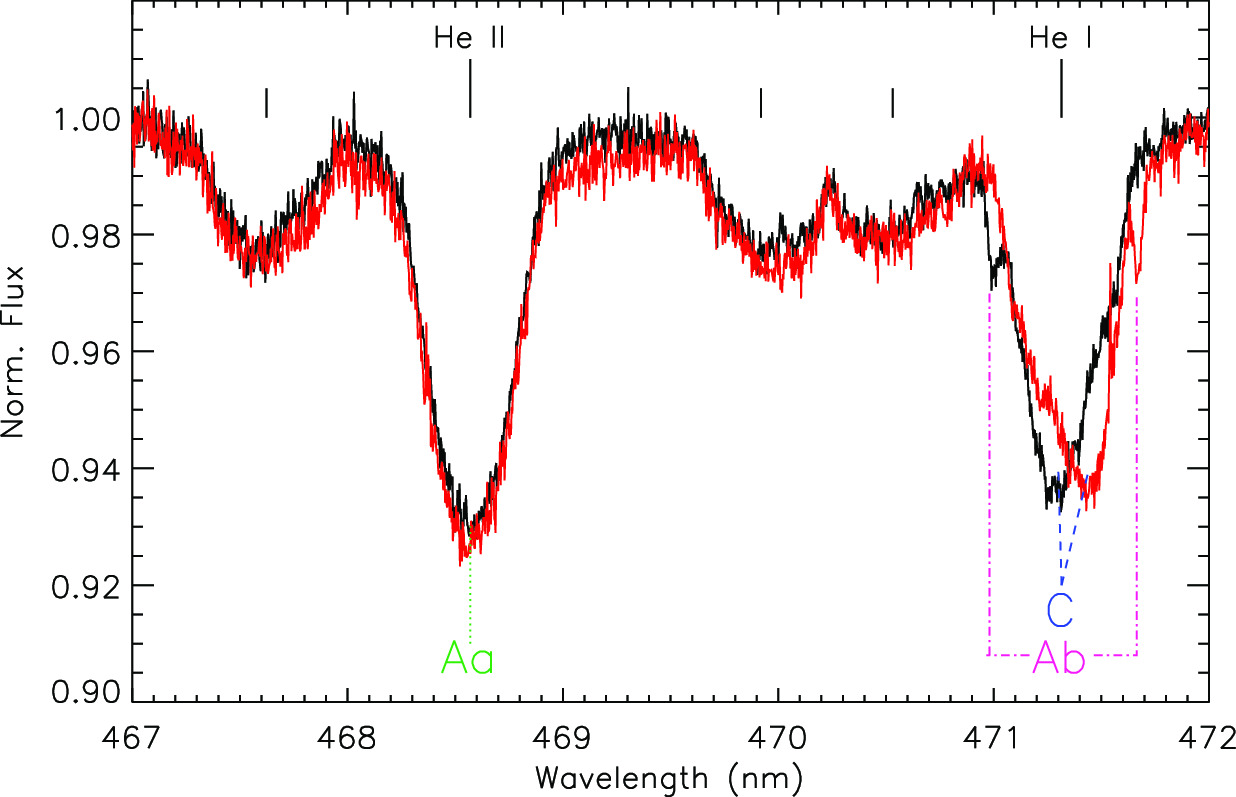