Vertical waves in the solar neighbourhood in Gaia DR2

The vertical structure and dynamics of stars in our local Galactic neighbourhood contains much information about the local distribution of visible and dark matter and of perturbations to the Milky Way disc. We use data on the positions and velocities of stars in the solar neighbourhood from Gaia Data Release 2 (DR2) and large spectroscopic surveys to investigate the vertical number counts and mean velocity trend as a function of distance from the local Galactic mid-plane. We perform a detailed measurement of the wave-like north-south asymmetry in the vertical number counts, which reveals a number of deficits at heights ≈0.4, ≈0.9, and {≈ } 1.5 kpc, and peaks at ≈0.2, ≈0.7, and {≈ } 1.1 kpc. We find that the asymmetry pattern is independent of colour. The mean vertical velocity is almost constant to < 1 km s^{-1} within a few 100 pc from the mid-plane and then displays a north-south symmetric dip at {≈ }0.5 kpc with an amplitude of {≈ } 2 km s^{-1} that is a plausible velocity counterpart to the main number count dip at a similar height. Thus, with Gaia DR2 we confirm at high fidelity that the local Galactic disc is undergoing a wave-like oscillation and a dynamically consistent observational picture of the perturbed local vertical structure emerges for the first time. We also present the most precise and accurate determination of the Sun's height above the local Galactic mid-plane, correcting for any asymmetry in the vertical density: z_{⊙} = 20.8 ± 0.3 pc. 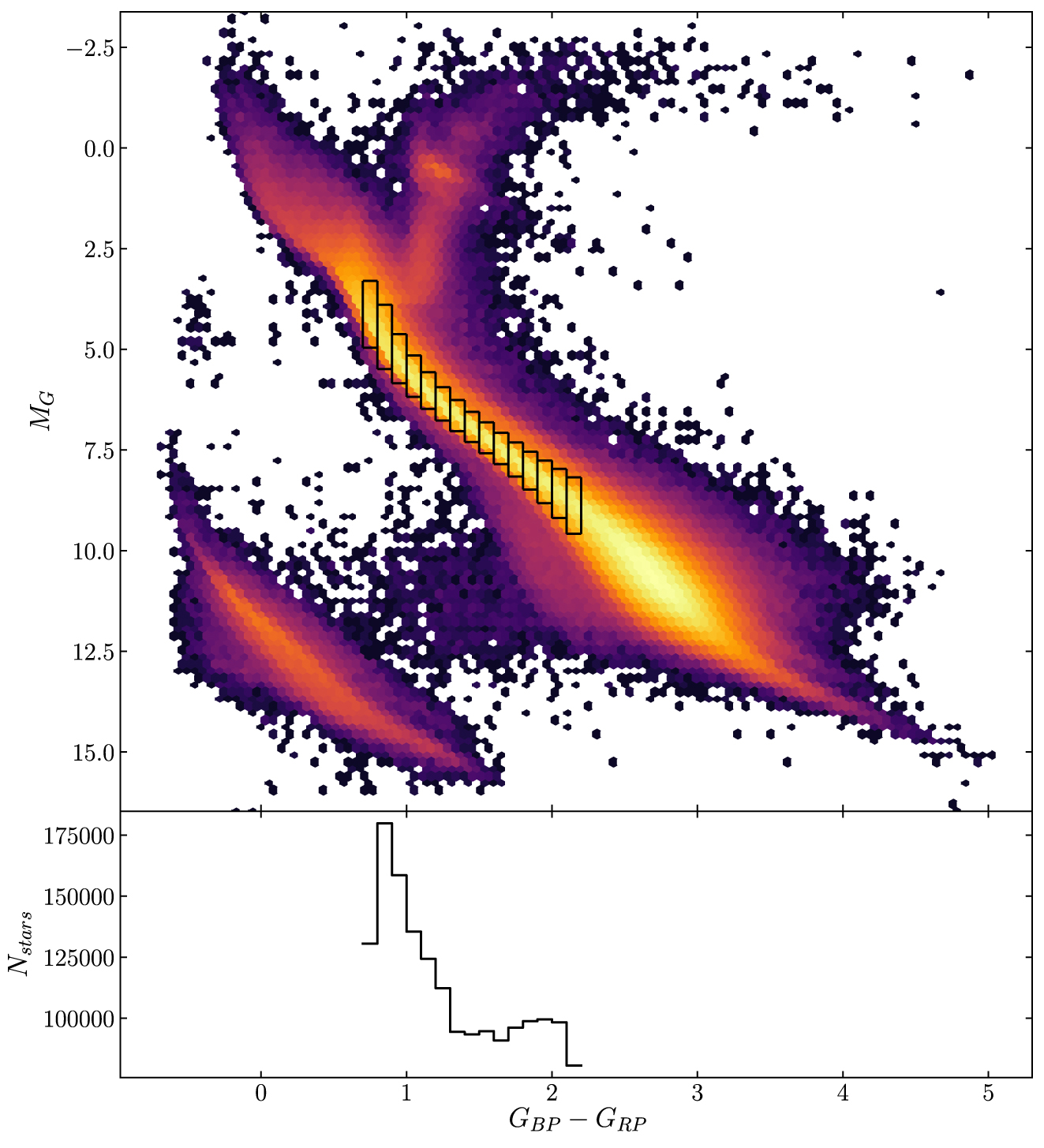