The Local Group hosts a number of dwarf galaxies that show evidence of periods of little to no star formation. We use a suite of cosmological simulations to study how star formation is reignited in such galaxies. We focus on isolated galaxies at z = 0 with halo masses between 9.2 × 108 and 8.4 × 109 M⊙, where star formation is typically shut off by reionization or by supernova feedback. Nearly 20 per cent of these simulated galaxies later restart star formation due to interactions with streams of gas in the intergalactic medium, indicating that this mechanism is relatively common in this mass range and that many isolated dwarfs at z = 0 may not have been isolated throughout their histories. While high ram pressure interactions lead to stripping, the encounters that reignite star formation are low density and/or low velocity and thus low ram pressure, resulting in compression of the hot gas in the haloes of our dwarfs. The gas mass bound up in hot haloes can be substantial - at least an order of magnitude greater than the mass contained in H I. Consequently, we find that dwarfs that have experienced reignition tend to be more H I-rich and have a higher M_{H I}/M_{*} ratio at z = 0 than galaxies with continuous star formation. Using this fact, we identify galaxies in the Local Volume that might have `gappy' star formation histories, and can be studied by the Hubble Space Telescope or the James Webb Space Telescope. 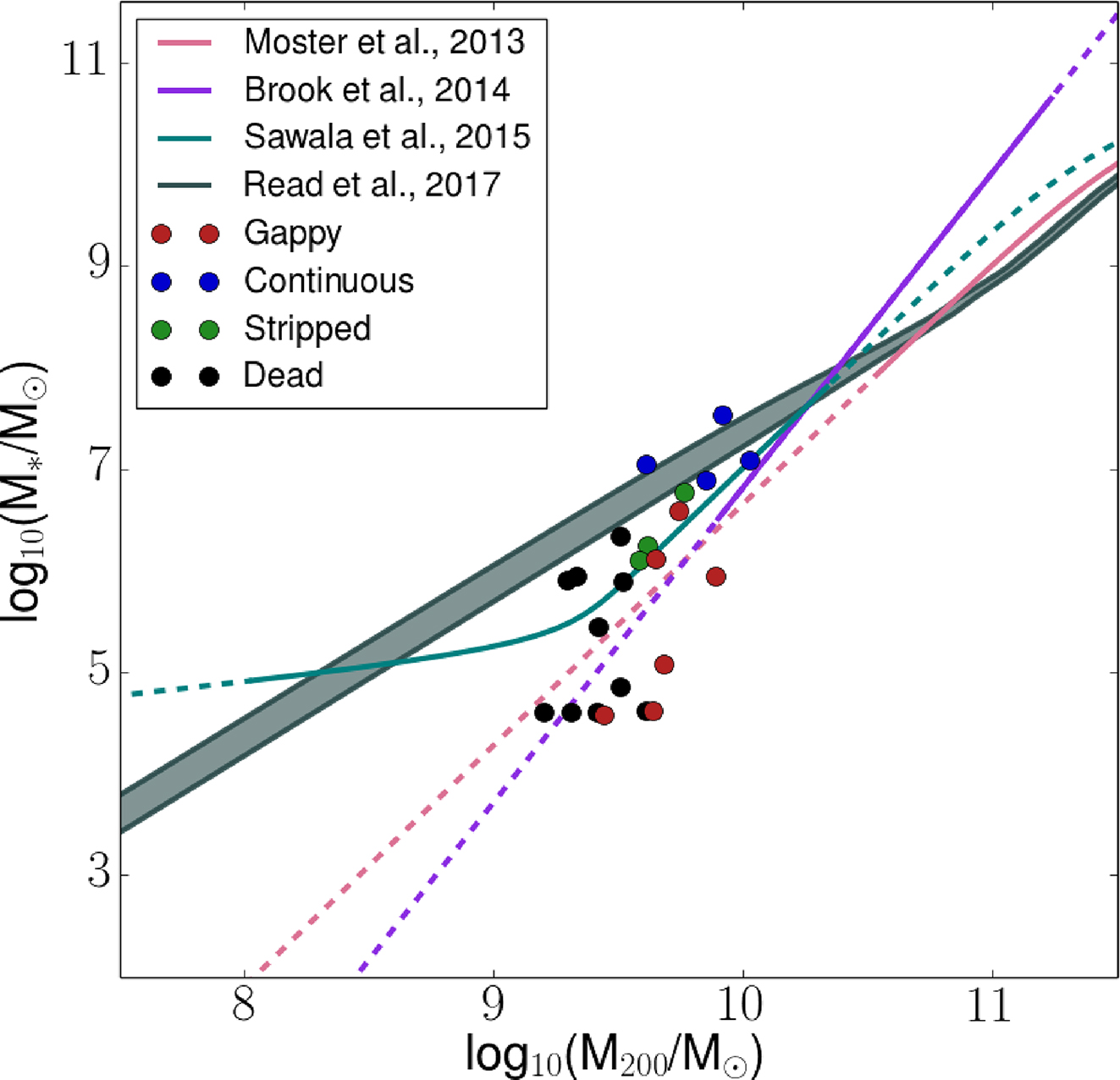