The effects of rotation on stellar evolution are particularly important at low metallicity, when mass loss by stellar winds diminishes and the surface enrichment due to rotational mixing becomes relatively more pronounced than at high metallicities. Here we investigate the impact of rotation and metallicity on stellar evolution. Using similar physics as in our previous large grids of models at Z = 0.002 and Z = 0.014, we compute stellar evolution models with the Geneva code for rotating and nonrotating stars with initial masses (Mini) between 1.7 and 120 M⊙ and Z = 0.0004 (1/35 solar). This is comparable to the metallicities of the most metal poor galaxies observed so far, such as I Zw 18. Concerning massive stars, both rotating and nonrotating models spend most of their core-helium burning phase with an effective temperature higher than 8000 K. Stars become red supergiants only at the end of their lifetimes, and few red supergiants are expected. Our models predict very few to no classical Wolf-Rayet stars as a results of weak stellar winds at low metallicity. The most massive stars end their lifetimes as luminous blue supergiants or luminous blue variables, a feature that is not predicted by models with higher initial metallicities. Interestingly, due to the behavior of the intermediate convective zone, the mass domain of stars producing pair-instability supernovae is smaller at Z = 0.0004 than at Z = 0.002. We find that during the main sequence (MS) phase, the ratio between nitrogen and carbon abundances (N/C) remains unchanged for nonrotating models. However, N/C increases by factors of 10-20 in rotating models at the end of the MS. Cepheids coming from stars with Mini > 4 - 6 M⊙ are beyond the core helium burning phase and spend little time in the instability strip. Since they would evolve towards cooler effective temperatures, these Cepheids should show an increase of the pulsation period as a function of age. 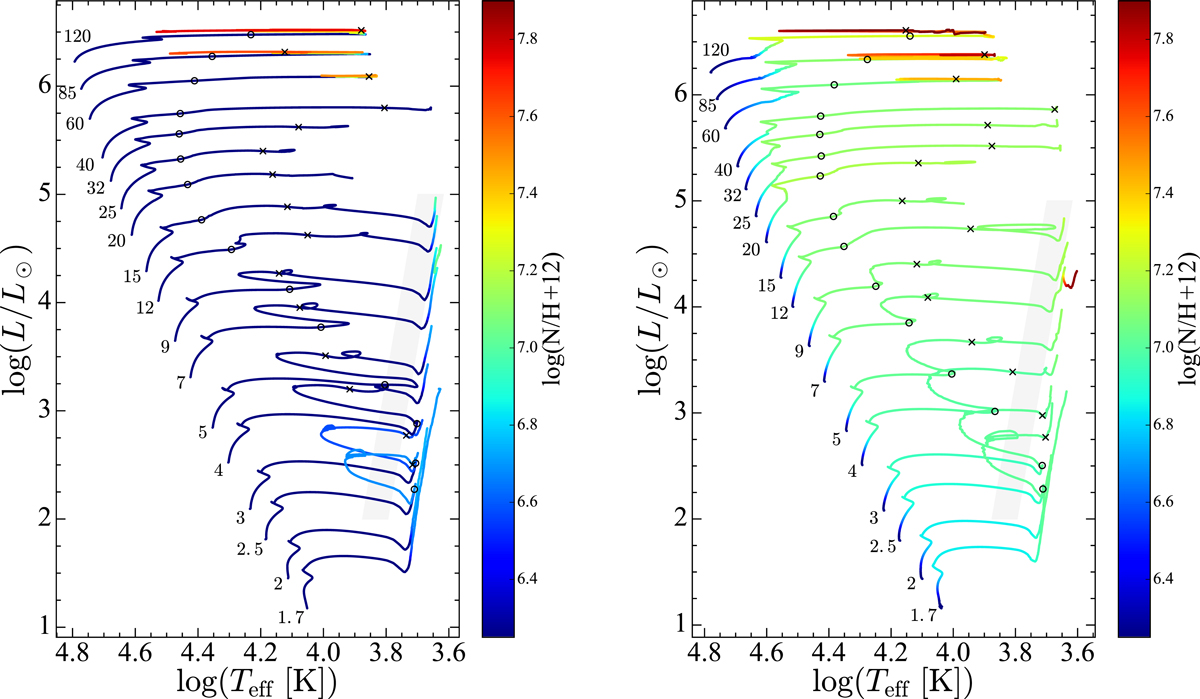